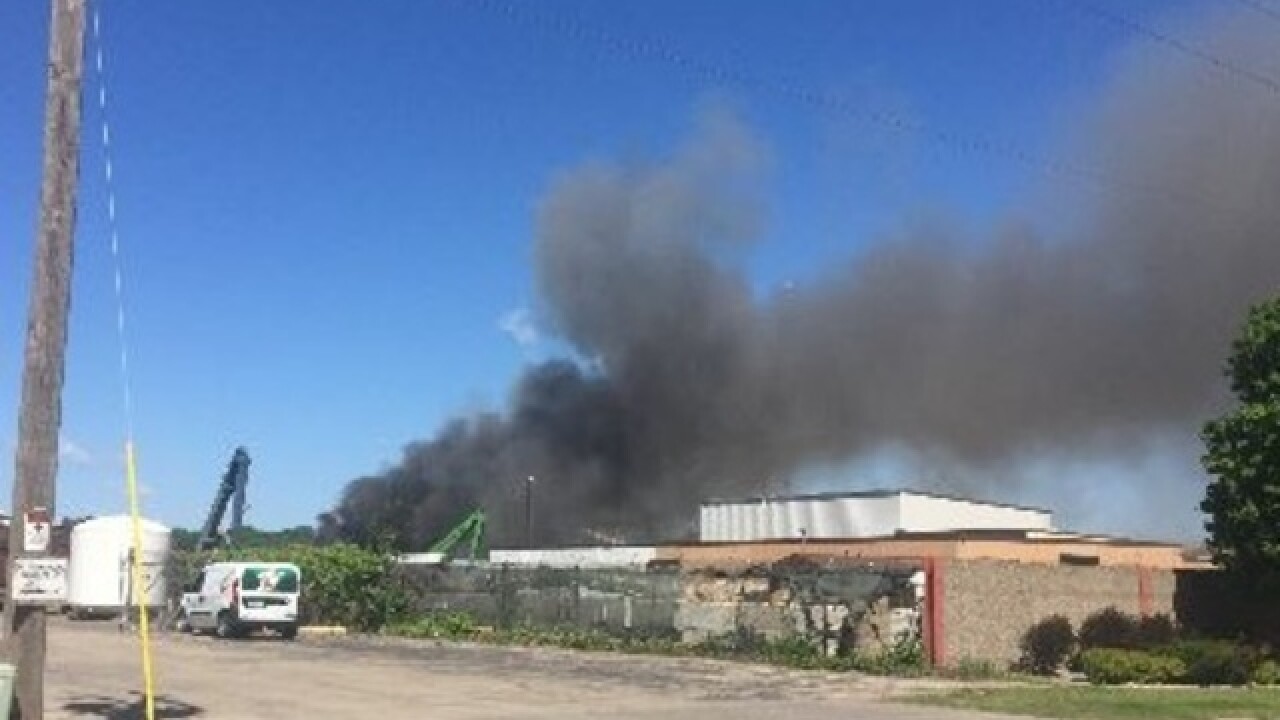 Firefighters battled a large fire near Alter Metal Recycling in Howard this morning.

It happened on the 1200 block of Badgerland Drive.

Howard's fire chief said that when they arrived, there was about a 30-foot tall heap of cars and scrap metal that was fully engulfed in flames.

The upholstery and tires sent black smoke into the air for nearly six hours before the fire was contained.

Traffic had to be directed away because the smoke was so thick in the area.

The cause of the fire is believed to be started because of a hot engine.