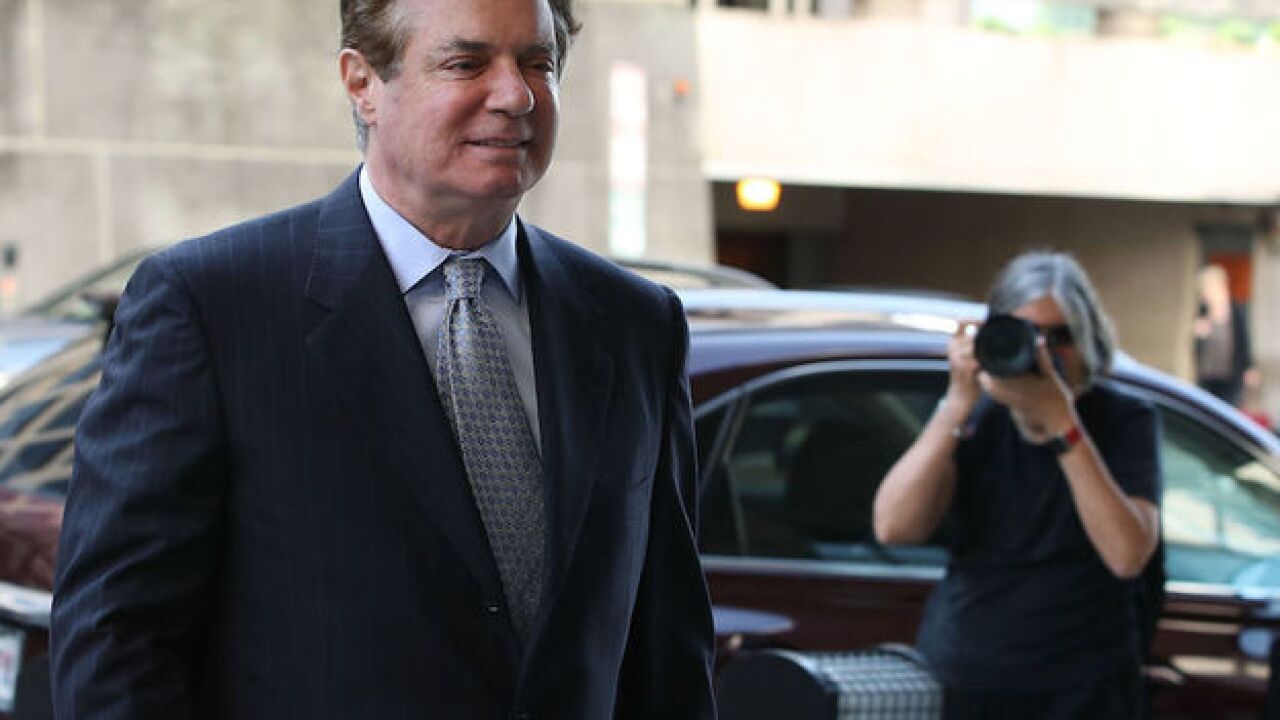 Two weeks after Robert Mueller's prosecutors dropped new accusations of witness tampering on him, a federal judge Friday revoked Manafort's current bail, which allowed him out on house arrest.

Judge Amy Berman Jackson's order marks an end to months of attempts from Manafort to lighten his house arrest restrictions after he was charged and pleaded not guilty to foreign lobbying violations.

Three US marshals led Manafort out of the courtroom into the prisoner holding area immediately after the judge's ruling. He was not placed in handcuffs. Before he disappeared through the door, turned toward his wife and supporters and gave a stilted wave.

Minutes later, a marshal returned to give his wife, Kathleen, still standing in the courtroom's front row, Manafort's wallet, belt and the burgundy tie he wore Friday.

When Manafort was first arraigned and pleaded not guilty in October, a magistrate judge set a $10 million bail price and placed him under house arrest, confiscating his passports. Manafort then attempted to find assets of his own and through real estate and family members' accounts. In December, the judge signed off on his plan -- provided he could provide the correct documentation. It didn't come through, according to the court filings.

Prosecutors have argued all along the jet-setting political consultant was a significant flight risk. As the process to negotiate his bail dragged on, prosecutors discovered possible mortgage fraud related to some of the properties he hoped to use as bail. That's when they finalized additional federal criminal charges against him in Virginia.

In the past month, Manafort finally came up with a plan to post some of his own and others' properties for his bail. The prosecutors appeared to agree with the plan, according to court filings.

Then, last week, Mueller's team alleged they found evidence Manafort had tried to tell possible witnesses in his case to lie about their lobbying efforts under him in the US.

The witness tampering allegations, which also resulted in new criminal charges, were enough Friday for him to lose his house arrest privileges.

Prosecutors argued that Manafort is a "danger to the community" and that he committed a crime while out on release, obstruction of justice. They said he carried out a "sustained campaign of over five weeks" using different phones and apps to try to mold testimony of witnesses.

"This will not happen again," defense attorney Richard Westling said.

He faces another 18 criminal charges for financial fraud and false reporting allegations in Virginia federal court. That case is set to go to trial earlier than the DC case, with a late July start date.

His DC trial is set to begin in September, meaning he could spend the next three or more months imprisoned.

Manafort has maintained his innocence and vowed to fight the charges since he was indicted alongside his longtime deputy Rick Gates in late October. Gates since changed his plea to guilty and agreed to help prosecutors, because of the significant cost of his legal fees and attention bearing down on him and his family. Another associate of Manafort's, Konstantin Kilimnik, who lives in Moscow, was charged with witness tampering and has not yet appeared in court.

Prosecutors haven't tied Manafort, Gates and Kilimnik's alleged wrongdoings to the actions of the Trump campaign, which is at the core of Mueller's investigation. However, prosecutors have said in several previous court filings they are looking into Manafort's contacts with Russians and Ukrainians -- including Kilimnik -- and possible coordination he may have orchestrated with them while he oversaw the campaign.

Manafort currently spends his days stuck in his Alexandria, Virginia, apartment under court order. He can leave only for legal meetings, medical needs and religious observances. The judge has allowed him to travel a few times for special exceptions, such as to his father-in-law's funeral on Long Island and his godson's baptism in Virginia.

He wears two ankle bracelets that track his movements through GPS technology, one on each leg.