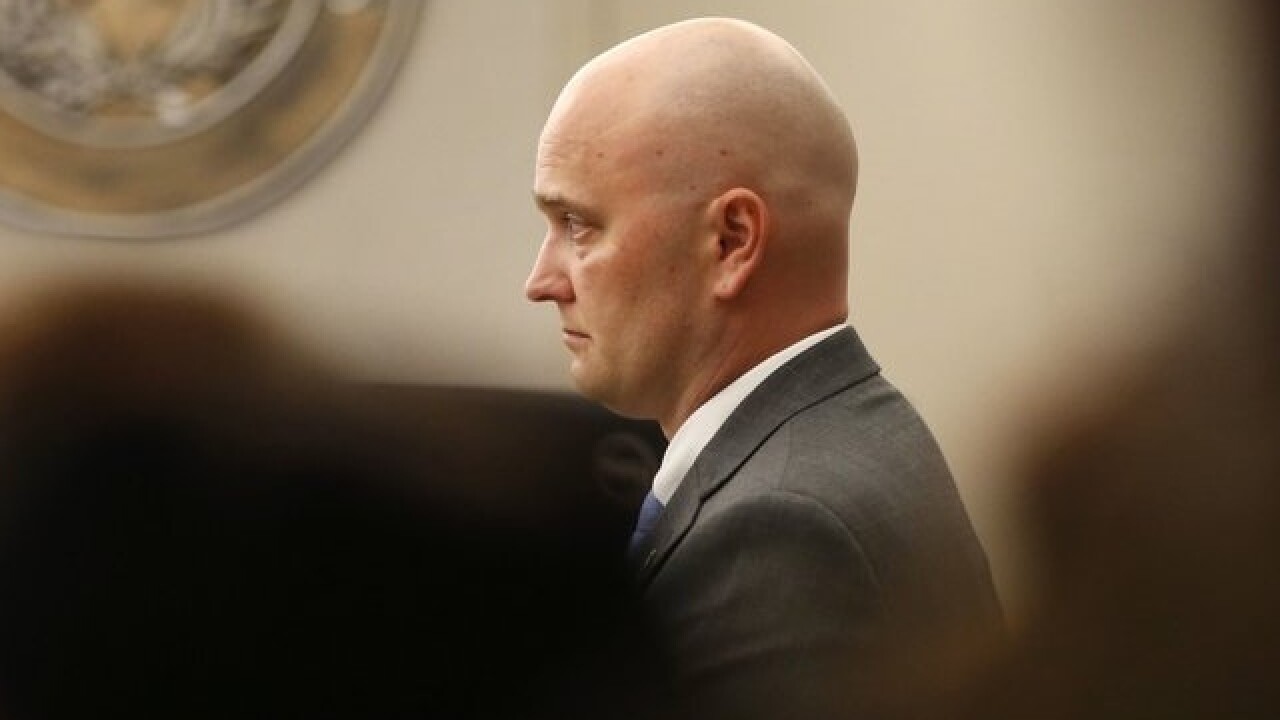 The Latest on a white former police officer charged in the shooting death of a black teenager in Texas (all times local):

A white former Texas police officer has been found guilty of murder for fatally shooting an unarmed black teenager as he left a house party in a car full of teenagers.

Edwards was in the front passenger seat.

Oliver testified that he opened fire after seeing the car move toward his partner. He says he thought his partner was in danger. But his partner told jurors he didn’t fear for his life and never felt the need to fire his weapon.

A jury has started its second day of deliberations in the trial of a white former Texas police officer charged with fatally shooting an unarmed black teenager leaving a house party.

Roy Oliver was fired from the Balch Springs Police Department days after he shot into a moving car filled with five black teens, killing 15-year-old Jordan Edwards in April 2017.

Oliver testified last week that he decided to fire at the car when he saw it moving toward his partner. But his partner told jurors he didn’t fear for his life.

Oliver is being tried on murder and aggravated assault charges. Prosecutors say the jury could also find him guilty of manslaughter.