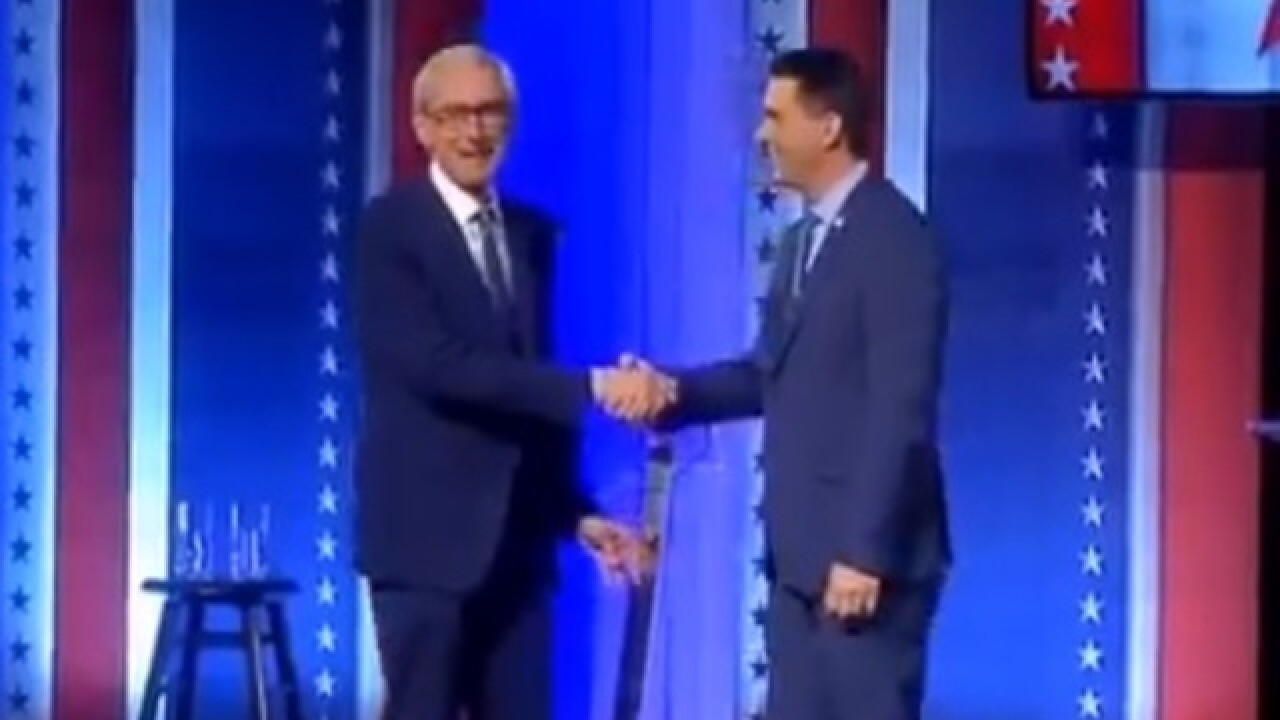 Republican Gov. Scott Walker and his Democratic challenger Tony Evers are grappling with questions during their final debate about how to bring all their constituents together in today's bitter partisan climate.

The questions came after authorities arrested Cesar Sayoc on suspicions that he sent explosive devices to Democratic figures over the last week.

Evers says the last few days have been trying for the country and he doesn't believe anyone should be afraid for their lives when they're discussing  issues important to them.

Walker pointed out his family was threatened during protests over his signature law stripping public workers of their union rights. He says he tried to bring people together after that with food, noting he held a beer-and-brats picnic with Democrats.

Republican Wisconsin Gov. Scott Walker and Democratic challenger Tony Evers are meeting for their final debate with the election just over a week away.

Evers and Walker will square off Friday on the campus of the University of Wisconsin-Milwaukee. Polls show the race to be a dead heat.

The debate gives Walker and Evers a chance to make their closing arguments to voters.

Walker is making the case that the state's economy is strong under his leadership and now is not the time to take a risk on Evers, the state superintendent.

Evers contends that Walker is neglecting the issues people really care about, like education and health care, to further his own political career.

Walker has said he would not seek a fourth term should he win.