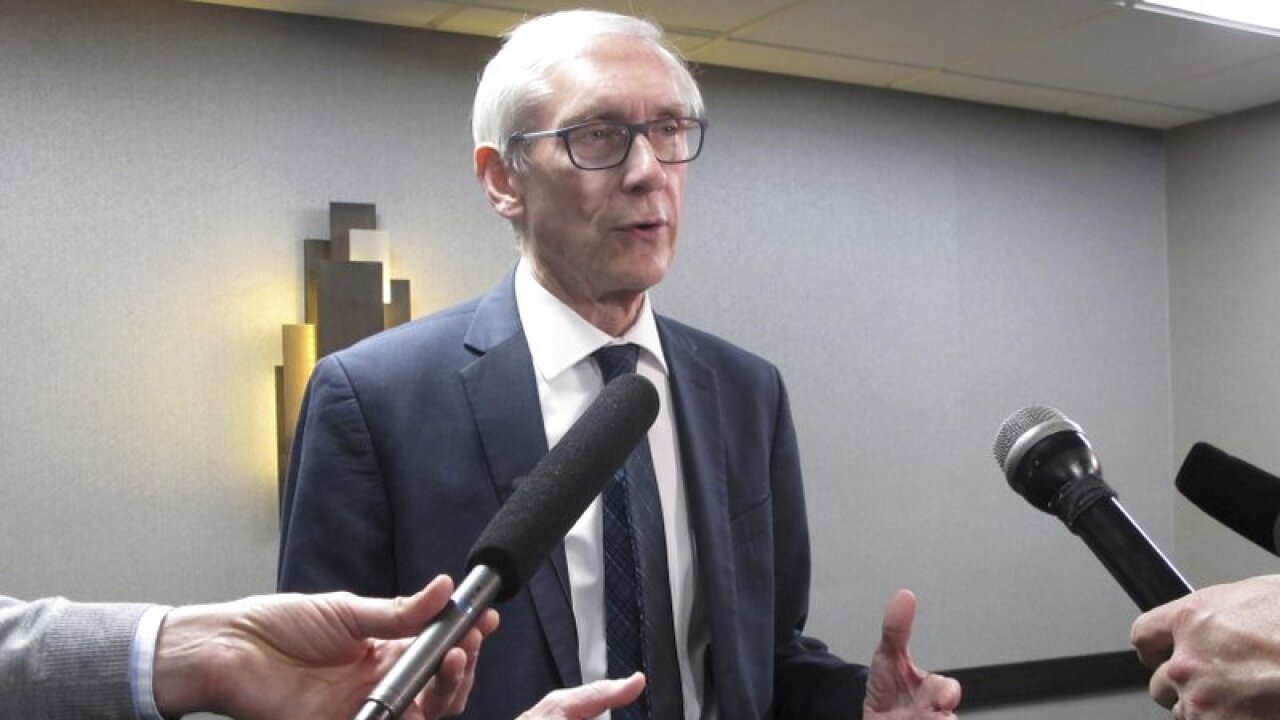 MADISON, Wis. (AP) — Democratic Gov. Tony Evers said Tuesday he is standing by his pick to head a state agency that licenses professionals even though she was charged with felony child abuse in 2005 after jabbing her 5-year-old son's hand with a pen.

The case against Dawn Crim was eventually dismissed, and the charges were never proven in court, under a deferred prosecution agreement after Crim successfully completed the terms of the arrangement.

A criminal complaint alleged she poked her son's hand several times, causing it to bleed, after learning from a teacher's note that he had poked a fellow student's hand with a pencil.

Evers told reporters Tuesday that he's known Crim for several years and that she's an "extraordinary human being and I do stand behind her."

Republicans deciding whether to approve Crim to head the Department of Safety and Professional Services are raising concerns, the Wisconsin State Journal reported. Senate Majority Leader Scott Fitzgerald and the chairman of the Senate committee overseeing Crim's confirmation are questioning her fitness for the role.

"These new revelations are deeply unsettling and will almost assuredly raise questions from members of my caucus surrounding the secretary's ability to serve in that role," Fitzgerald said in a statement. "The governor should immediately make clear whether or not he was aware of this information when he sent the Senate this nomination."

Crim, a former assistant coach for the University of Wisconsin women's basketball team, told the Wisconsin State Journal that the incident was "the most difficult and trying experience of my life."

"No mother wants to be accused of hurting her child," Crim said in a statement. "Despite this unfortunate event from 14 years ago, I have a strong, caring relationship with my son. That relationship -- and my long record of involvement in the community -- define who I am. I am confident that I will be able to provide strong, effective leadership to the agency."

Crim previously served under Evers as assistant state superintendent for the Division of Student and School Success.

Evers said he found out about the charges against Crim when she was being vetted to join his Cabinet. He did not know about them before he hired her to work at the Department of Public Instruction.

A Senate committee has a March 13 hearing to consider Crim's confirmation.

Committee chairman Republican Sen. Chris Kapenga said in a statement that the alleged incident raises concerns about both Crim and Evers. If endorsed by the committee, Crim would need to be confirmed by the state Senate, where Republicans have a 19-14 majority.