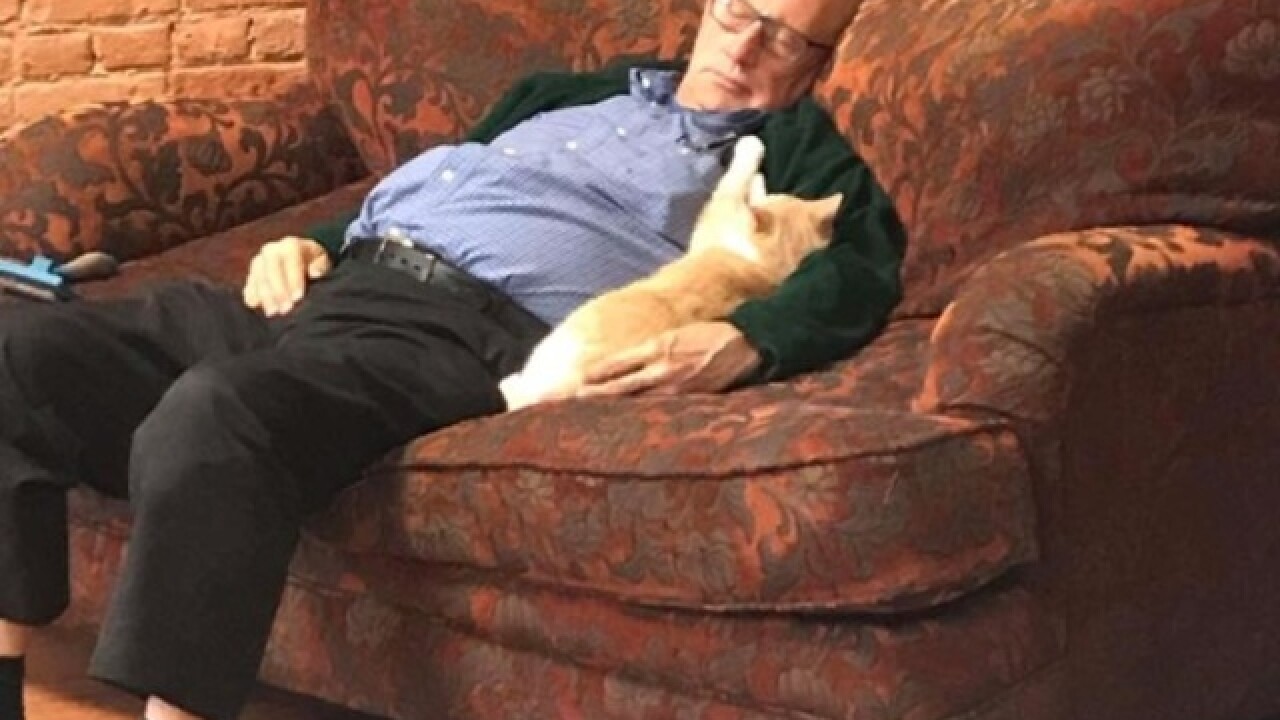 He's making headlines across the globe; from BuzzFeed to the Huffington Post and even Spanish-language publications!

His new-found celebrity was sparked by viral photos of Terry napping with cats at Safe Haven Pet Sanctuary and Cat Cafe in Green Bay.

“Well if I'm tired, when I get here, and a cat wants to cuddle I will just dose off,” Lauerman explains. “I don't purposely come to sleep here.”

That may be true, but the cats want all of Terry's attention, and Terry doesn't mind it at all.

Founder Elizabeth Feldhausen says since Terry's fame, the sanctuary has received donations from all over the world, which ultimately helps these injured cats get the extra care they need and deserve.

“We've gotten things from China, Scotland, Japan, Holland, we have a lot of people from Holland donating so that's kind of cool,” says Feldhausen. “And they always talk to us. Yesterday we had 110 boxes from USPS delivering it here - food and litter, pro biotics…and we made a substantial amount of money.”

The shelter has made a total of $60,000 so far and that number could keep going up. Feldhausen says she can't thank Terry and the community enough.

Although Terry may not like all the attention, he says it's great to share what a wonderful place this cat sanctuary is, by taking care of cats with special needs.

“Whether they're physical ill, or emotional ill because of previous abuse, this is a safe place where they can feel love and affection, it's really a wonderful place,” says Lauerman.

A place where nap time is the best time for both the cats and this dedicated volunteer.