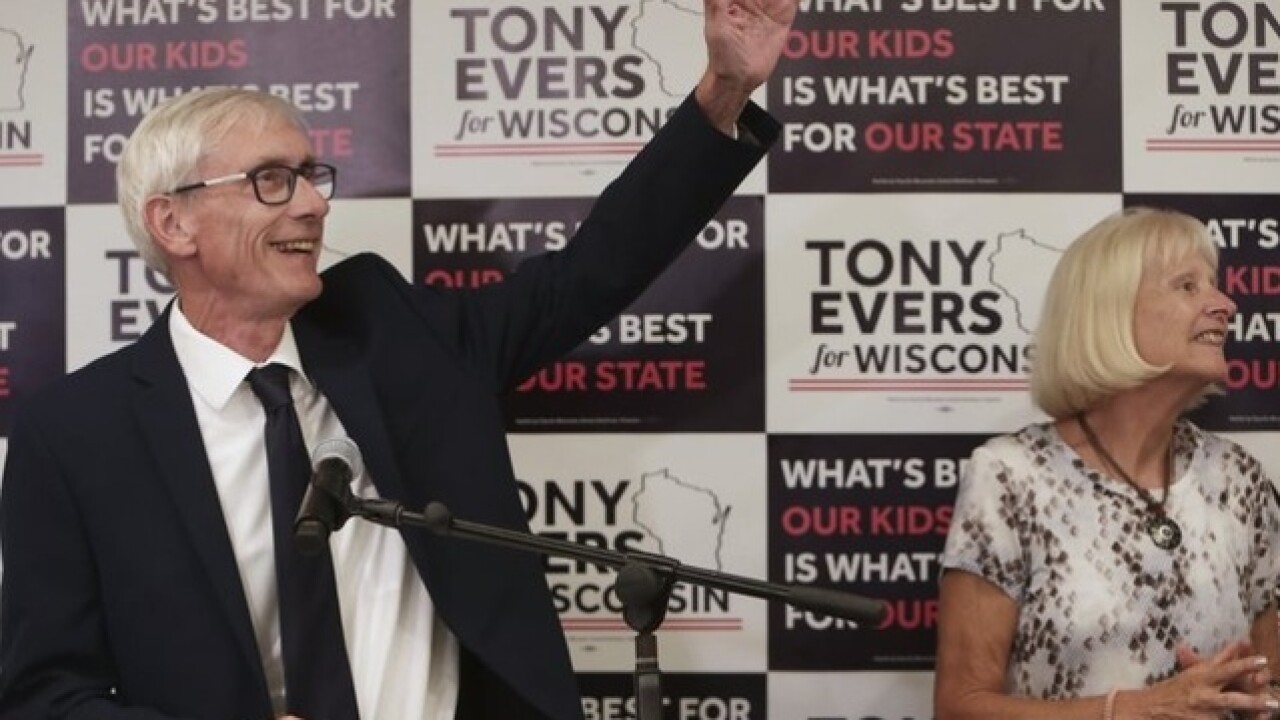 Tony Evers will try to capitalize on his even-keeled demeanor and background in education as a former teacher, superintendent and now state schools chief to do something no Democrat has been able to achieve in 28 years: beat Scott Walker.

Evers, a cancer survivor who refers to himself as the “progressive from Plymouth,” won Wisconsin’s eight-person Democratic primary Tuesday and immediately finds himself trailing in fundraising and facing an onslaught of television attack ads.

Walker is seeking a third term as governor after returning to Wisconsin following his failed run for president in 2016.

The race will be a test for Democrats trying to reclaim Wisconsin after years of Republican dominance, typified by President Donald Trump’s narrow victory in 2016. Walker, who called on fellow Republicans to drop out of the presidential race when he quit to rally against Trump, eventually backed Trump and is now a supporter.

Evers said Tuesday that he will focus on issues important to voters, like education. Walker has tried to tout himself as an “education governor,” even though his signature legislative achievement in 2011 effectively ended collective bargaining for teachers and other public workers, and forced them to pay more for health care and benefits.

It so angered teachers that many walked out of their classes to protest at the Capitol and helped organize the ultimately failed effort to recall Walker from office. Evers joined the protests and signed the petition to recall Walker.

Since then, Walker has increased funding for public schools and even Evers praised Walker’s last budget, calling it “kid friendly.” Evers said he did that because Walker adopted much of what Evers was proposing.

The Wisconsin Republican Party, in an effort to weaken Evers’ on education, unleashed a new $500,000 television ad shortly after Evers’ victory attacking his handling of a teacher who viewed pornographic material in the classroom, saying he didn’t keep children safe. Evers didn’t revoke the teacher’s license.

Walker planned to hit the road for a statewide tour Wednesday unveiling a third-term agenda, highlighting the state’s record-low unemployment, more than $8 billion in tax cuts enacted on his watch and other accomplishments. Evers planned a series of news conferences before launching his own statewide tour Thursday.

Walker, in elected office since 1993, has not lost since his first run for the Wisconsin Assembly as a 22-year-old in 1990, but he’s been warning supporters about a pending blue wave if they are complacent.

Democrats are optimistic this year represents the best shot they’ve ever had at taking out Walker, given recent unexpected electoral successes in the state and a national political climate in a midterm election that typically favors the party not in control.

Walker starts the general election with a huge financial advantage. He had $4.8 million cash on hand in August, while Evers had less than $160,000. But the Democratic Governors Association, which has been working behind the scenes to line up funding and staff for the nominee, has already committed $3.8 million for advertising in the final five weeks of the general election.

The Republican Governors Association has reserved $5.7 million over the final nine weeks.

Evers, 66, has deep ties to the state. Born in the tiny town of Plymouth, he graduated from the University of Wisconsin-Madison and worked as a teacher, elementary and high school principal, superintendent and regional administrator before joining the state education department in 2001. He’s been state superintendent, an elected position, since 2009.

Evers is a loud opponent of taxpayer-financed private voucher schools, which Walker supports. He also argues for increased funding for public schools and backed adoption of the Common Core academic standards.

Critics say he’s not done enough to address Wisconsin’s worst-in-the-nation achievement gap between black and white students, is beholden to the status quo and doesn’t embrace alternatives like giving parents a taxpayer-funded voucher to send their children to private schools.

He is a survivor of esophageal cancer, which doctors told him he was cured of in 2012 after extensive surgery in 2008 requiring removal of his esophagus and part of his stomach. It’s a cancer that few people survive and that Evers has said he thought would kill him.