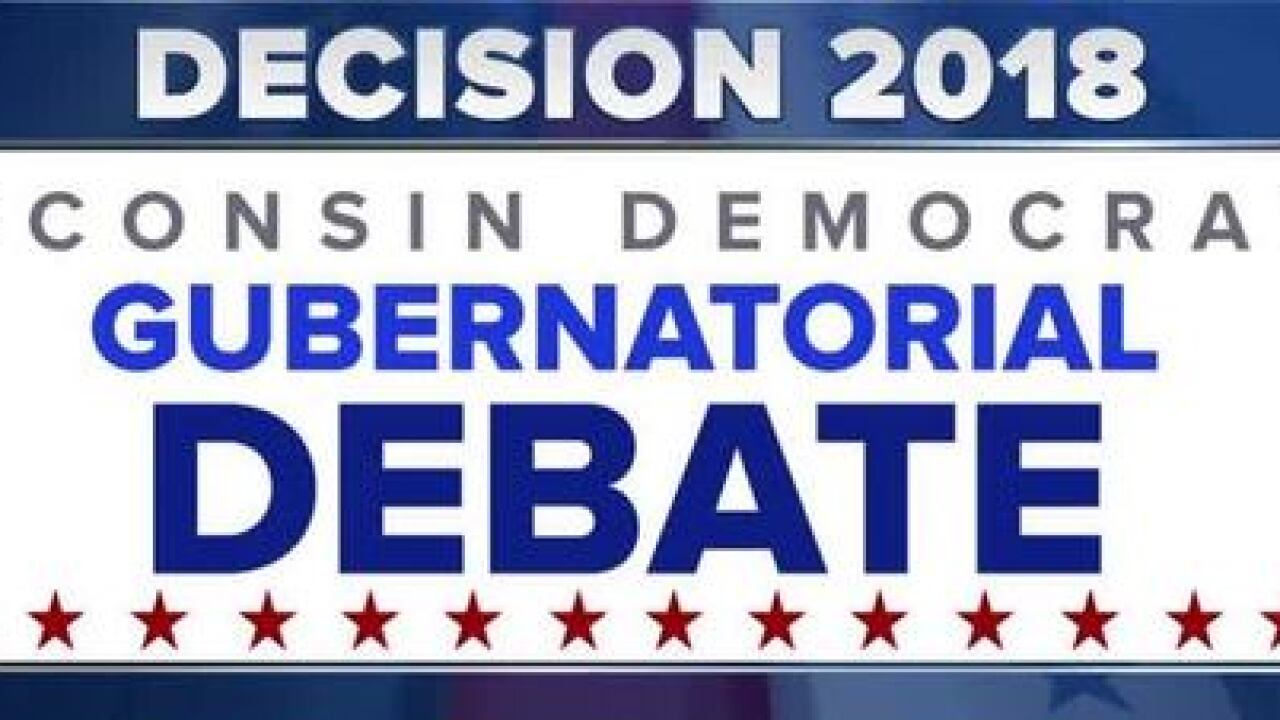 The eight Democratic candidates for governor are about to share a stage for their first broadcast debate ahead of the Aug. 14 primary.

The hour-long event Thursday night in Milwaukee comes as the candidates enter the final month of campaigning. The winner of the primary will advance to face Republican Gov. Scott Walker.

The debate is 90 minutes, with the first hour broadcast live in WTMJ-TV and WUWM-FM in Milwaukee and simulcast on WGBA-TV in Green Bay. The last 30 minutes will air live on WUWM radio and stream on wuwm.com, tmj4.com, nbc26.cm, WisPolitics.com and jsonline.com.