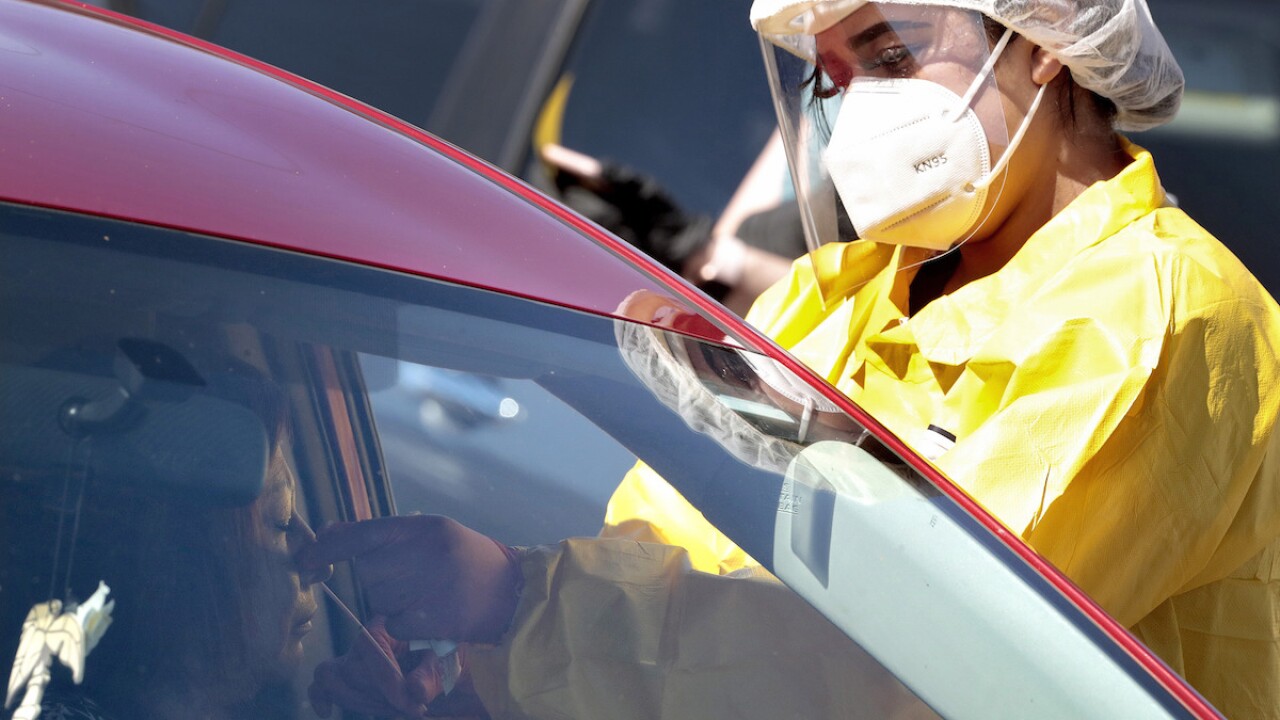 Copyright 2020 The Associated Press. All rights reserved
Matt York/AP
People get tested for COVID-19 at a drive through testing site. (AP Photo/Matt York)

The variant strain of COVID-19 reported in various parts of the country has been detected in Wisconsin, the Department of Health Services said Wednesday.

The B.1.1.7 strain of SARS-CoV-2 was seen in England in November and December. The strain was detected in the United States in late December.

This strain of COVID-19 is believed to spread more rapidly and more easily than the original strain of the virus.

“We already know that COVID-19 is easily transmitted through respiratory droplets, and with this new variant appearing to be even more infectious, taking preventative measures like wearing a mask and physically distancing are even more important,” said DHS Secretary-designee Andrea Palm in a press release.

Though it is believed to spread more rapidly, health officials say there is no evidence that it causes more severe illness or increased risk of deaht.

The new strain was detected by DHS through genome sequencing on a portion of tests collected.

DHS did not specify where in Wisconsin the new strain was detected.

Pfizer researchers' preliminary study suggests that their vaccine can still work against the mutated virus, The Associated Press reported.