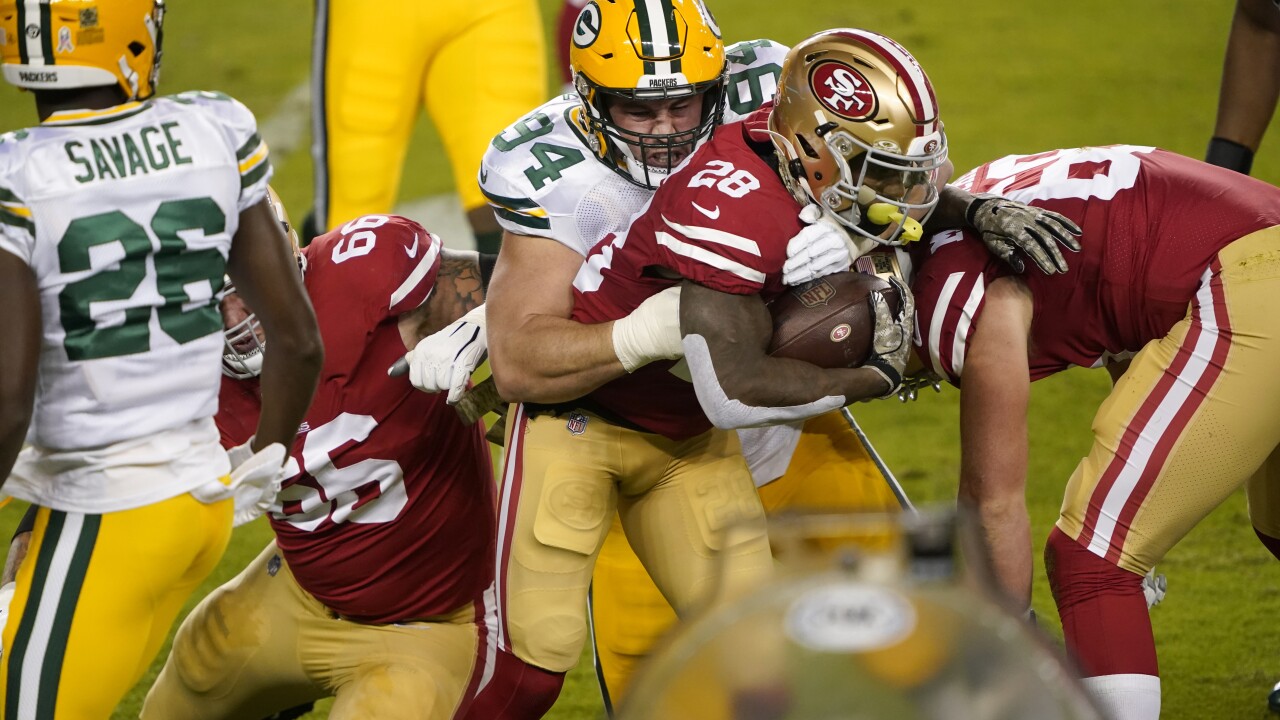 The Packers confirmed that both Barnes, and QB Jordan Love, who is Barnes' roommate in Green Bay, have been placed on the reserve/COVID-19 list.

ESPN's NFL Insider Adam Schefter was the first to report the news on Twitter:

No new positives in Denver, SF, Houston or Philly, per sources.

However, there is one Packers’ player who played last night who tested positive today, per source.

There also are two positives in Cincinnati (on bye) and one in Chicago, per source.

The NFL Network's Ian Rapoport later clarified that it was Barnes who had tested positive, and that he was currently asymptomatic.

#Packers LB Krys Barnes, who suffered a calf injury last night and exited the game after the first half, tested positive for COVID-19, source said. He’s not experiencing symptoms as of right now.

The report, just hours after the Packers' 34-17 romp over the 49ers, means Barnes and Love will join RBs AJ Dillon and Jamaal Wiliams, as well as LB Kamal Martin, on the COVID/reserve list.

On Monday, November 2, the Packers announced that RB AJ Dillon had tested positive for the coronavirus, which led to the team holding virtual meetings on Monday as a precaution. Thursday's game was still played as scheduled.