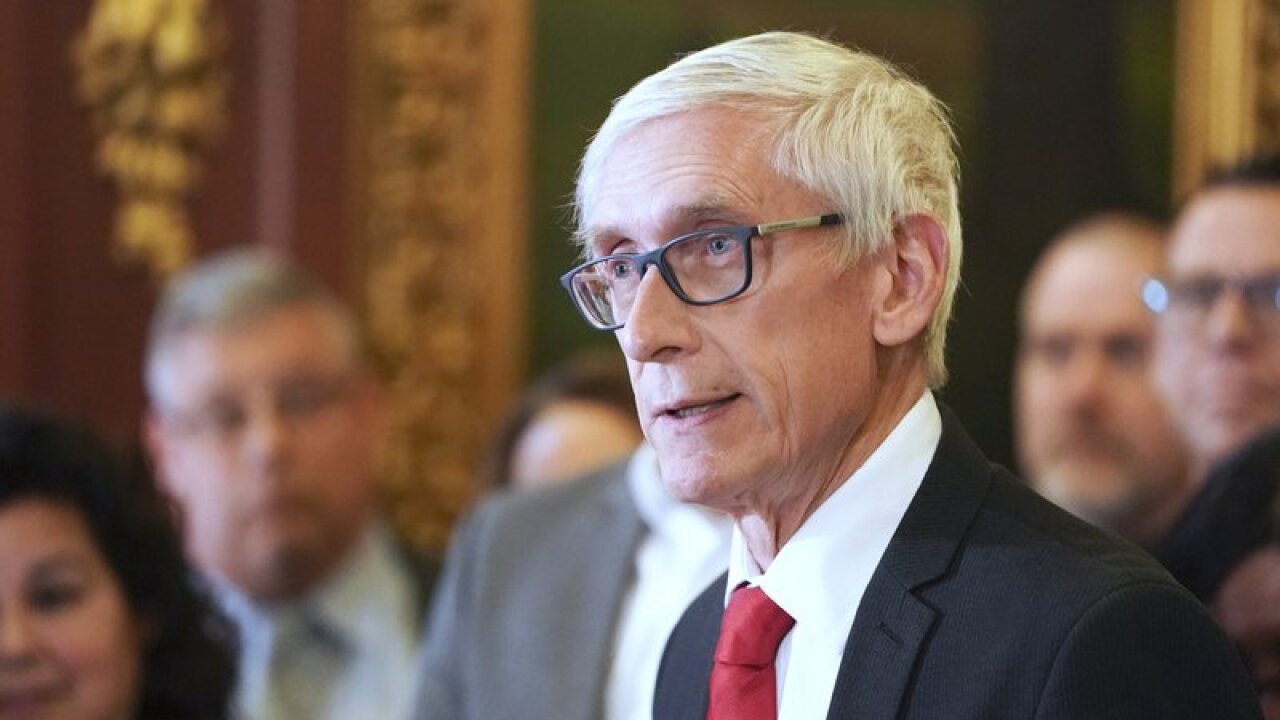 FILE - In this Feb. 6, 2020 file photo, Wisconsin Gov. Tony Evers holds a news conference in Madison, Wis. Wisconsin Democratic Gov. Tony Evers&#39; administration is moving ahead with plans to buy 10,000 ventilators and 1 million protective masks in the fight against the coronavirus. The effort comes after Evers&#39; administration had clashed with Republican lawmakers over whether he needed their permission to make such purchases. (Steve Apps/Wisconsin State Journal via AP, File)

“Most rational public servants would get the message that the rule of law and the constitutional limitations on government are not optional or mere suggestions,” Nass said.

Nass’ committee has final say on whether any emergency rules can take effect. The Republican’s stance underscores how difficult it will be for Evers, a Democrat, to get any coronavirus rules through the GOP lawmakers, who are still complaining that the stay-at-home went too far.

Evers issued an order requiring people to stay home and shuttering nonessential businesses in March. The order was set to expire in April but Palm extended it to May 26 at Evers’ direction.

Republican legislators concerned about the economic fallout asked the state Supreme Court to strike the order down. The court on Wednesday ruled 4-3 that Palm exceeded her authority and should have worked with the Legislature to promulgate the order as an administrative rule.

Evers began the process of writing an emergency rule on Thursday. The first step was crafting a scope statement, which is a summary of what the rule would do. The statement said the rule could “re-articulate” parts of Evers’ business re-opening criteria and “balance them against the goals in the Safer-at-Home Extension.”