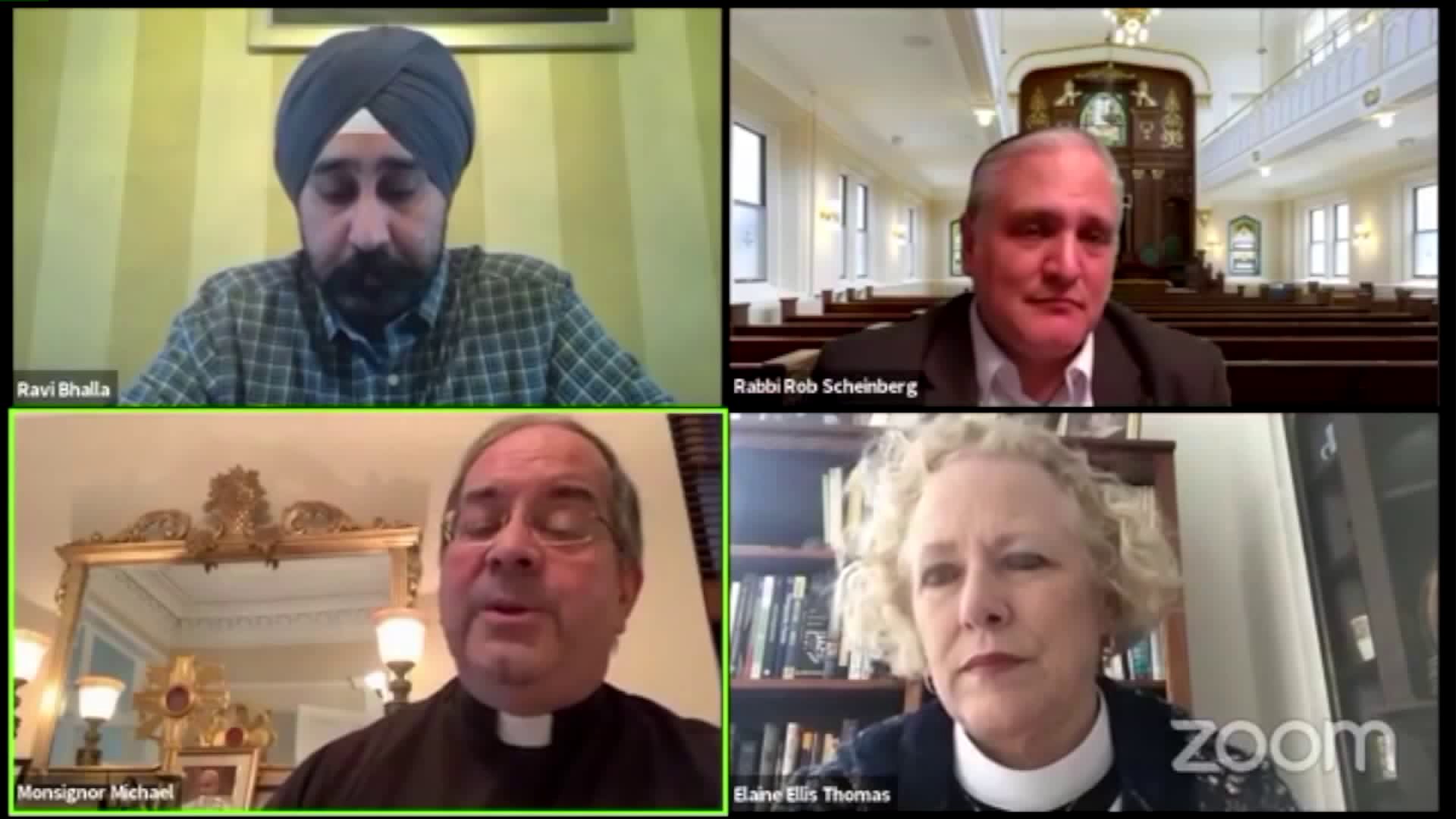 Social distancing has created new challenges for celebrating holidays, with families getting creative.

Abby Friedman was met with laughs when she first proposed the idea to her family of having Seder — the ceremonial dinner for the first night of Passover — over the conferencing platform Zoom.

“At first, my dad laughed at it, and said 'well I don’t really think so,'” she said. But once they fully absorbed the gravity of the ongoing pandemic, everyone was quick to get on board.

“Now we are going to have about 26 people on a Zoom link participating in a Seder,” Friedman, a corporate event planner, said.

Friedman’s family isn’t alone. With churches and synagogues closed around the country, many will be turning to technology to stay connected during Passover, Easter and later this month, Ramadan.

“We have got to stay home and stay away from each other,” Gov. Phil Murphy said during a briefing Wednesday. “It brings me no joy saying that during Passover, Easter or Ramadan or any other moment.”

“It’s helping them feel a little less lonely and isolated to get this comforting food,” Beth Shapiro, executive director at Citymeals said.

Meanwhile, faith leaders came together for a virtual town hall with Hoboken Mayor Ravi Bhalla, encouraging believers to use the time at home to reflect.

“In the first Easter, the disciples of Jesus were locked in a room — they were fearful,” noted Monsignor Michael Andreano of St. Peter & Paul Church, likening it to the current climate where many are practicing social distancing.

Many places of worship are turning to live streams and telecasts, offering parishioners another option to participate.

This article was written by Andrew Ramos for WPIX .