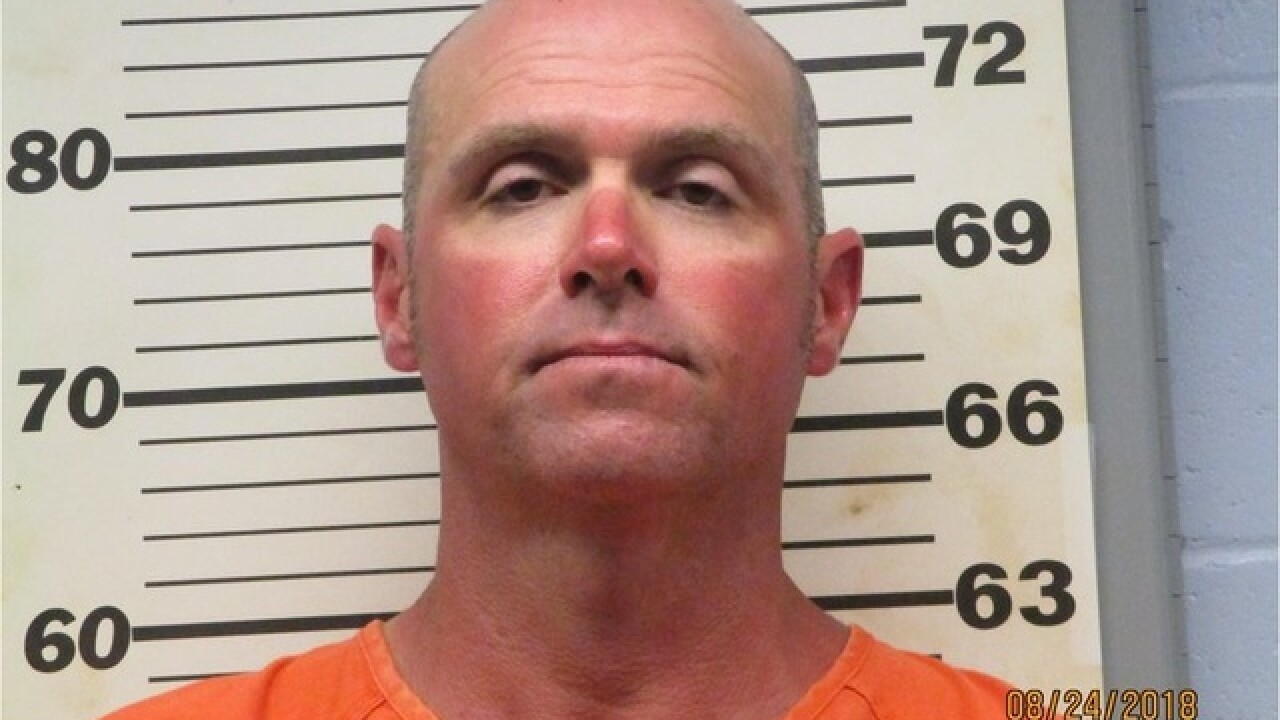 Copyright 2018 The Associated Press. All rights reserved.
<p>Jason Sypher is seen in an August 24, 2018 photo provided by the Portage County (Wis.) Jail. Sypher, of Plover appeared in court Monday, Aug. 27, on charges of first-degree intentional homicide and hiding a corpse in the death of his wife, Krista Sypher. He reported his wife missing on March 20, 2017, a week after she was last seen at her home. Investigators apparently have not found Krista Sypher’s remains in the 17 months since she disappeared, the Stevens Point Journal reported. (Portage County (Wis.) Jail via AP)</p>

A Wisconsin man bought large plastic trash bags on the day his wife was last seen and left his fingerprints on a shopping bag containing her damaged cellphone, police said in a criminal complaint charging the man with her death.

Jason Sypher, 44, of Plover appeared in court Monday on charges of first-degree intentional homicide and hiding a corpse. Cash bond was set at $750,000, although prosecutors had recommended a $1 million cash bond, according to online court records.

Sypher was arrested Friday near the Wisconsin-Illinois border. He reported his wife missing on March 20, 2017, a week after she was last seen at her home.

Investigators have not yet found Krista Sypher’s body, the Stevens Point Journal reported.

According to the complaint, Jason Sypher said the couple had been on good terms on March 13, 2017, the day she was last seen, but that things had not been “normal” between them for a while.

Sypher was the last person who claimed to have seen his then-44-year-old wife. He told police she left the house around 11:30 a.m. that day in the couple’s car and that he assumed she was going to work. But GPS records show the car remained at the house during that time, the complaint said.

According to the complaint, Sypher told police his wife came home around 1:30 p.m. and they watched TV before she went to take a nap upstairs and he left to pick up one of their children from school. He told police he stopped by a gas station on the way to school to “throw some garbage out.” Detectives found a smashed cellphone in a plastic shopping bag in a dumpster at the gas station, and surveillance video showed a silver car, similar to the one Jason Sypher was driving that day, stopping next to the dumpster and driving away. The phone had the same number as Krista Sypher’s, and the shopping bag had nine separate fingerprints matching Jason Sypher’s, the complaint said.

GPS records and video surveillance placed Jason Sypher at a Menard’s store in Plover around 6 p.m. that day. Video footage showed him buying a package of black, plastic trash bags with cash. Police said the garbage bags were never found at the couple’s home.

On March 16, 2017, GPS records show Sypher’s car stopped at dumpsters near a street for about 8 seconds, which “would allow the defendant enough time to exit the vehicle and look into the dumpster or discard evidence,” police said. When the dumpsters were emptied on March 20, police said video footage showed a long, black plastic bag “consistent with the size of a human body” falling to the floor.

Sypher is due back in court for hearing on Sept. 10. Defense attorney Gary Kryshak called the case against Sypher the weakest he has seen in years, and court records show Kryshak has filed a motion to dismiss the charges.