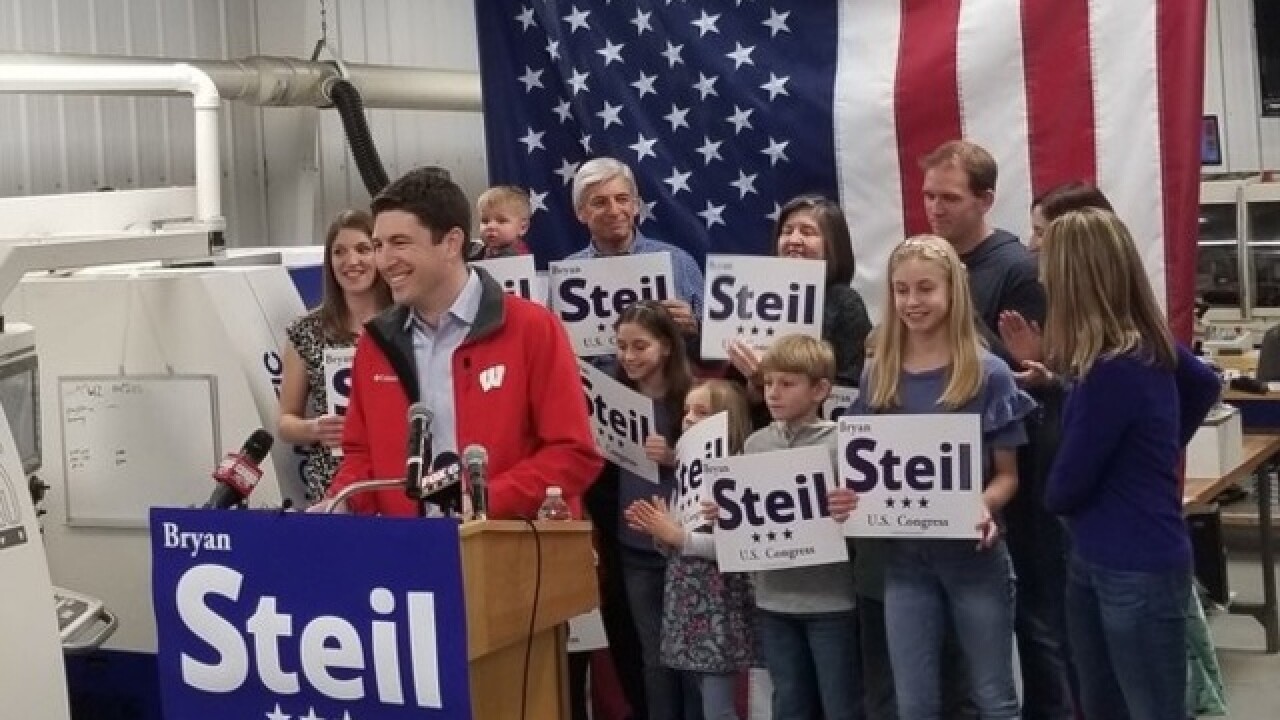 Copyright 2018 The Associated Press. All rights reserved.
<p>FILE - In this Sunday, April 22, 2018, file photo, attorney Bryan Steil, a former driver for House Speaker Paul Ryan, announces he is running to succeed Ryan in Congress, in Janesville, Wis. House Speaker Paul Ryan’s retirement creates an opening in his southeastern Wisconsin congressional district for the first time in 20 years, fueling hopes among Democrats that they can pick up the seat that leans Republican. (Jake Magee/The Janesville Gazette via AP, File)</p>

Bryan Steil (STY'-uhl) won Tuesday over five other competitors. Steil far outraised his opponents and secured the backing of prominent donors and Republicans, including Ryan.

He will face either Randy Bryce or Cathy Myers in November.

He is from Janesville, the same hometown as Ryan, in southeast Wisconsin, not far from the Illinois border. The congressional district leans Republican.