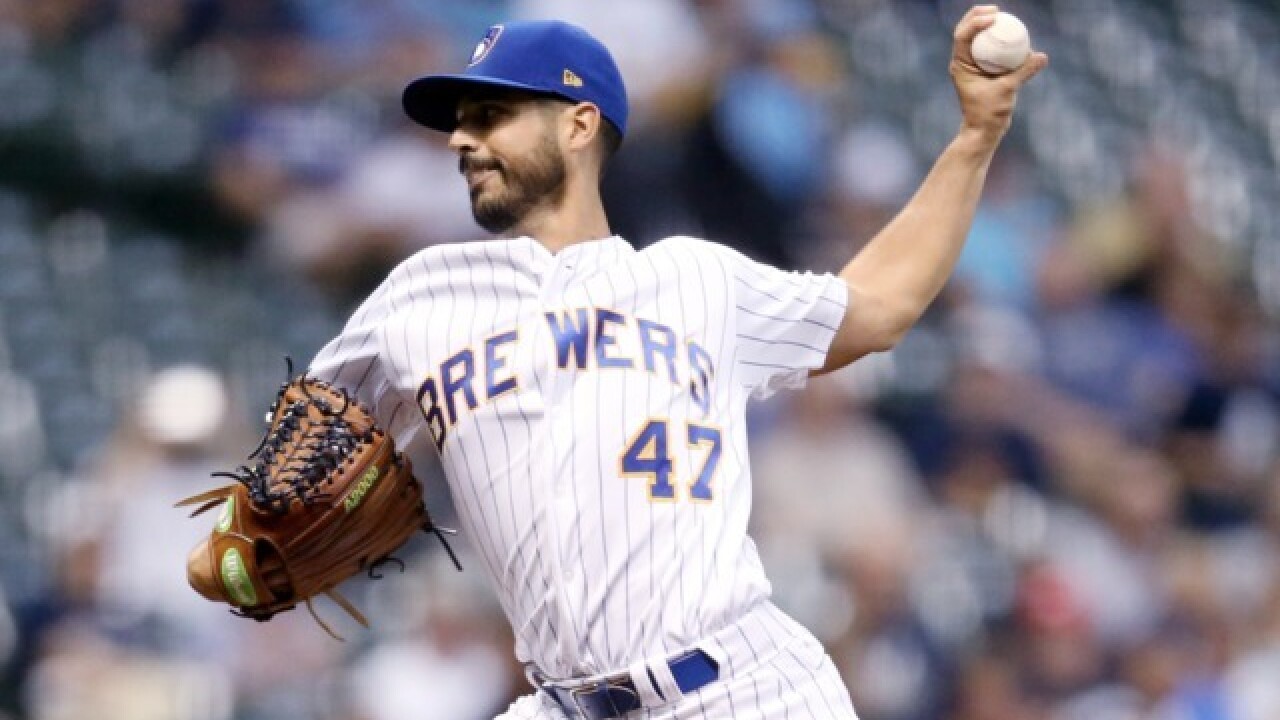 Image copyright 2018 Getty Images. All rights reserved. This material may not be published, broadcast, rewritten, or redistributed.

The Brewers named the starting pitchers for Games 1-3 of the NLCS on Thursday.

Gio Gonzales will get the ball to start Game 1 at Miller Park on Friday after not getting a start in the NLDS against the Colorado Rockies.

Wade Miley will take the mound for Game 2 at Miller Park and Jhoulys Chacín will start for the Crew for Game 3 at Dodger Stadium.

Miley pitched just over four innings of nearly perfect baseball giving up three hits and no runs. Chacín got the win in his start throwing five innings of shutout baseball as well.

The pitching staff for the Milwaukee Brewers was stellar, finishing the NLDS with a combined ERA of 0.64 and a WHIP of 0.79.

Comparatively, the Los Angeles Dodgers finished their NLDS series with an ERA of 2.06 and a WHIP of 0.80.

Superstar Clayton Kershaw gets the ball for the Dodgers for Game 1 at Miller Park. In his one start in the NLDS, he threw eight innings of shutout ball, striking out three and only allowing two hits.