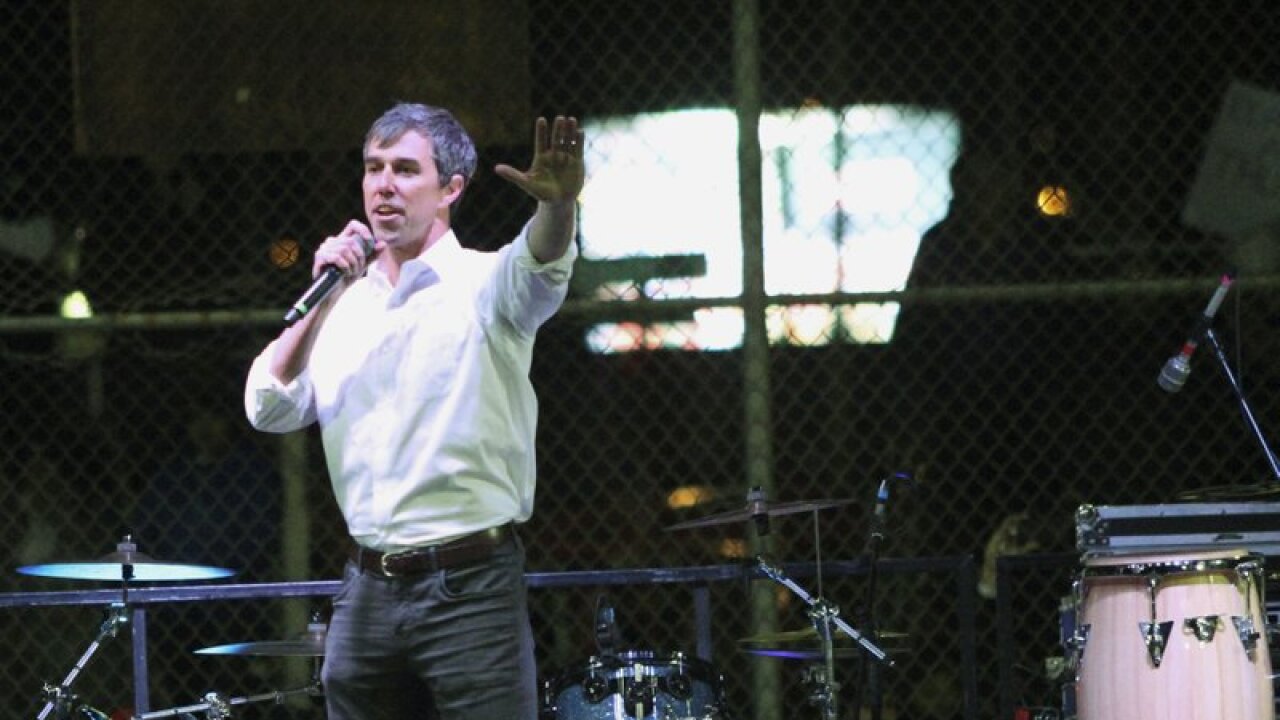 MADISON, Wis. (AP) — Potential 2020 Democratic presidential candidate Beto O’Rourke is coming to the University of Wisconsin-Madison campus Friday for a meet and greet with students and faculty, a closely guarded event that will be the former Texas congressman’s first visit to a key state in the battleground, industrial Midwest.

O’Rourke is scheduled to be on campus for a two-hour meeting early Friday evening. UW-Madison spokesman John Lucas said Thursday the event is not open to the press, public or anyone not affiliated with the university.

The campus Political Science Student Association organized the meeting in a room that fits about 150 people. The group’s leader, Isaac Johnson, said O’Rourke wanted to keep the event limited to students and those affiliated with the university.

“They’re just really excited about the level of enthusiasm there has been at the university in the last election,” Johnson said.

President Donald Trump carried Wisconsin in 2016 by less than a percentage point, making him the first Republican presidential candidate to win the state since Ronald Reagan in 1984. Hillary Clinton was heavily criticized for not campaigning in Wisconsin during the general election and Democrats are anxious to take it back.

Milwaukee is a finalist for the Democratic National Convention in 2020, with officials arguing that the state’s importance in the presidential race makes the city the best location for the meeting. Organizers also say Democrats are surging in Wisconsin. In 2018, Democrats swept every statewide race in Wisconsin, including Tony Evers defeating incumbent Gov. Scott Walker.

O’Rourke’s visit comes the night before announced Democratic presidential candidate, U.S. Sen. Amy Klobuchar, of neighboring Minnesota, was to launch her first campaign swing in Eau Claire, in western Wisconsin. Klobuchar was then to campaign in early voting states of Iowa and New Hampshire.

“We’re starting in Wisconsin because as you remember there wasn’t a lot of campaigning in Wisconsin in 2016. With me, that changes,” Klobuchar told reporters after she announced her candidacy Sunday, noting her mother grew up in the state. “I’m going to be there a lot.”

O’Rourke’s visit to Wisconsin follows his driving from his native El Paso through Texas to New Mexico, Oklahoma, Kansas and Colorado in recent weeks. He wrote about the trip in rambling online posts that drew criticism in some liberal quarters because they were full of highly self-centered observations about his family history and even what he had for lunch.

Those trips also included O’Rourke visiting at least one college campus, though, and he also recently stopped by his alma mater, Columbia University in New York, to discuss his opposition to Trump’s plan to wall off the U.S.-Mexico border, climate change and other topics.

Associated Press writers Will Weissert in El Paso, Texas, and Sara Burnett, in Minneapolis contributed to this report.