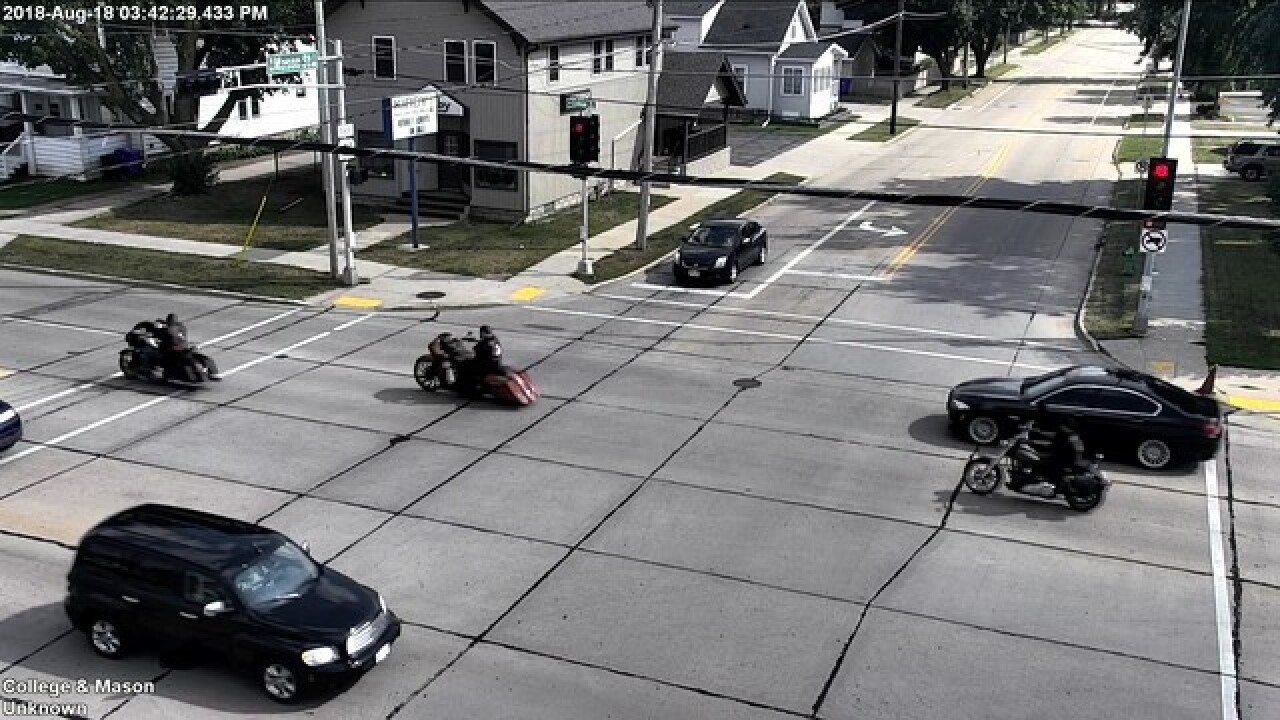 UPDATE: Sgt. Lund with Appleton Police say investigators have identified the truck and impounded it.

Police have located and interviewed the driver of the truck, who police have identified as a victim of the shooting.

Investigators are continuing to follow-up on a number of tips and additional information in the investigation.

The Appleton Police Department has released the following statement:

The Appleton Police Department is working with other local, state and federal agencies, as it continues an investigation into a shooting at an Appleton intersection on August 18, 2018.

Investigators have made significant progress in determining the identities of individuals involved in the shooting, which occurred on W. Prospect Avenue at S. Memorial Drive.

However, they are continuing to work on establishing the identity of the man responsible for firing multiple shots from a motorcycle into a truck as it turned onto S. Memorial Drive.

If there is anyone with information about the incident, they are asked to call Sgt. Medina at the Appleton Police Department (920) 832-5500. If you have information but wish to remain anonymous, please consider using the “REPORT” feature on the APD phone app.