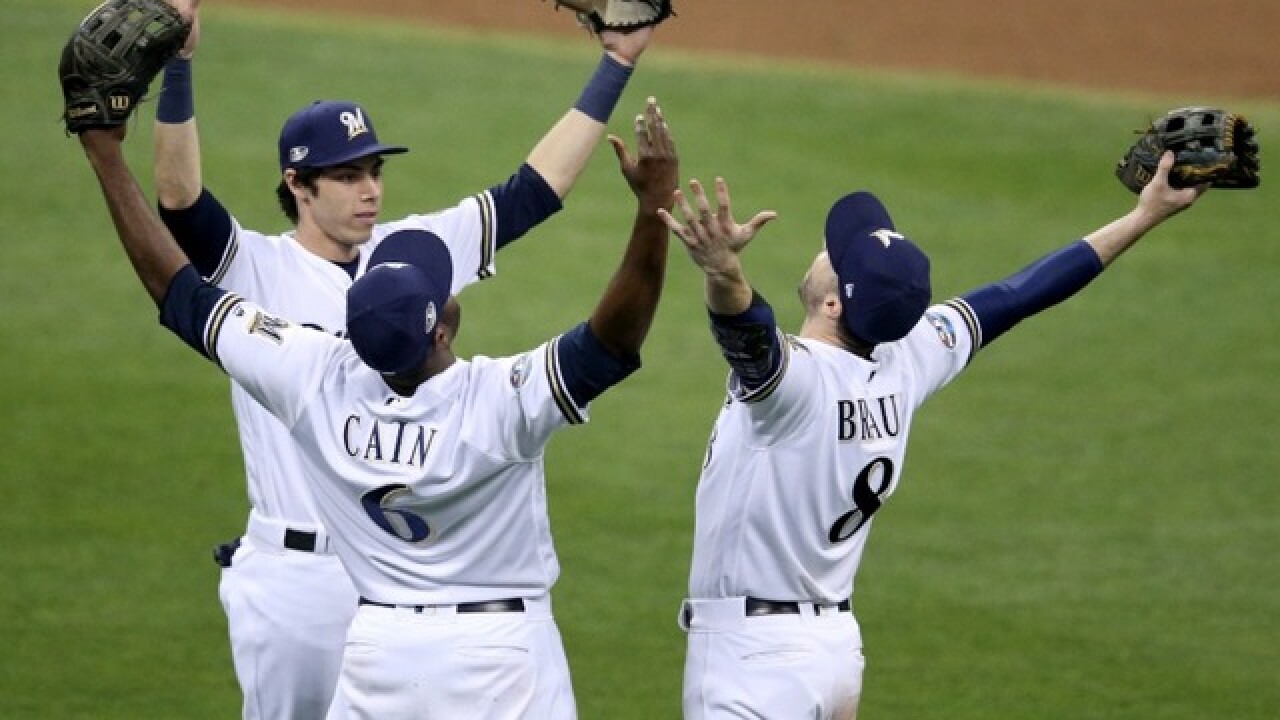 MILWAUKEE (AP) — Jesus Aguilar and the Milwaukee Brewers forced the NL Championship Series to Game 7, bolting to a big lead and handing it to their dominant bullpen in a 7-2 win over the Los Angeles Dodgers on Friday night.

Aguilar hit a two-run double in the Brewers' four-run first inning against Hyun-Jin Ryu and added a late RBI single that helped the Brewers even the matchup at three games each.

Game 7 is Saturday night in front of the same frenzied crowd that booed Manny Machado vociferously after he tangled with Aguilar in Los Angeles. Dodgers rookie Walker Buehler faces journeyman Jhoulys Chacin, with rested relief ace Josh Hader looming in the bullpen for Milwaukee after a surprise day off.

Los Angeles was looking for its second straight NL pennant and some time to prepare for the mighty Boston Red Sox in the World Series. But Ryu lasted just three innings and there was no late comeback this time around after the Dodgers rallied to win Game 2 in Milwaukee.