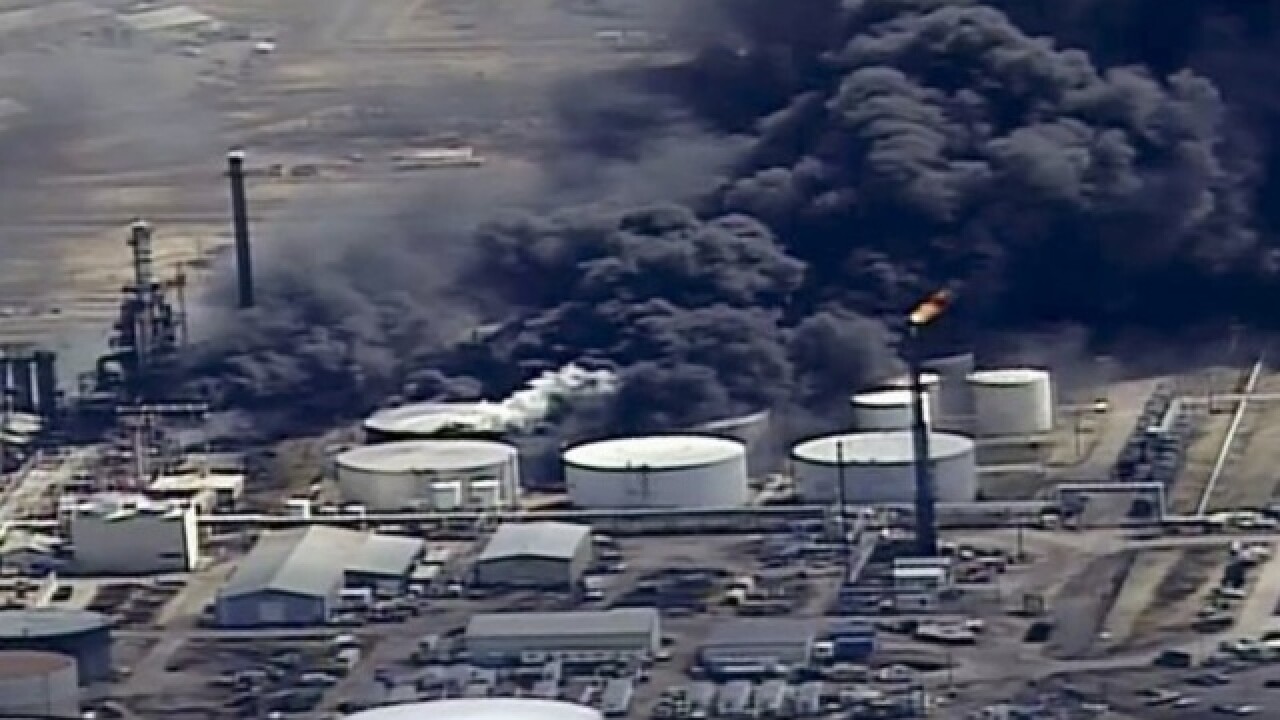 Copyright 2018 The Associated Press. All rights reserved.
<p>FILE - In this April 26, 2018, file image from video, smoke rises from the Husky Energy oil refinery after an explosion and fire at the plant in Superior, Wis. A federal agency reports the explosion at a Wisconsin refinery sent debris into an asphalt storage tank, triggering a massive fire that forced an evacuation last spring. The U.S. Chemical Safety Board released an update Thursday, Aug. 2, 2018 on the explosion and fire at the refinery in late April. (KSTP-TV via AP, File)</p> <header id="header" ng-class="{'mainFeedHeader': hc.isMainFeed()}"><p>All contents © copyright 2018 Associated Press. All rights reserved.</p></header> <p> </p>

SUPERIOR, Wis. (AP) -- A federal agency says a massive refinery fire that forced the temporary evacuation of homes in the coastal Wisconsin city of Superior in April was caused by an explosion that sent debris hurtling into an asphalt storage tank.

The U.S. Chemical Safety Board released an update Thursday on the explosion and fire at the Husky Energy refinery in Superior in late April.

According to the report, the explosion sent a piece of debris about 200 feet (61 meters) into an aboveground storage tank of asphalt. The tank was punctured and spilled hot asphalt, which ignited about two hours later.

The report says 36 people sought medical attention after the explosion, including 11 refinery and contract workers. A large part of Superior was evacuated.

Canada-based Husky Energy said in its second-quarter earnings statement last week that the refinery is not expected to restart until 2020.