16 people accused of distributing $9.6 million worth of drugs in Fond du Lac County 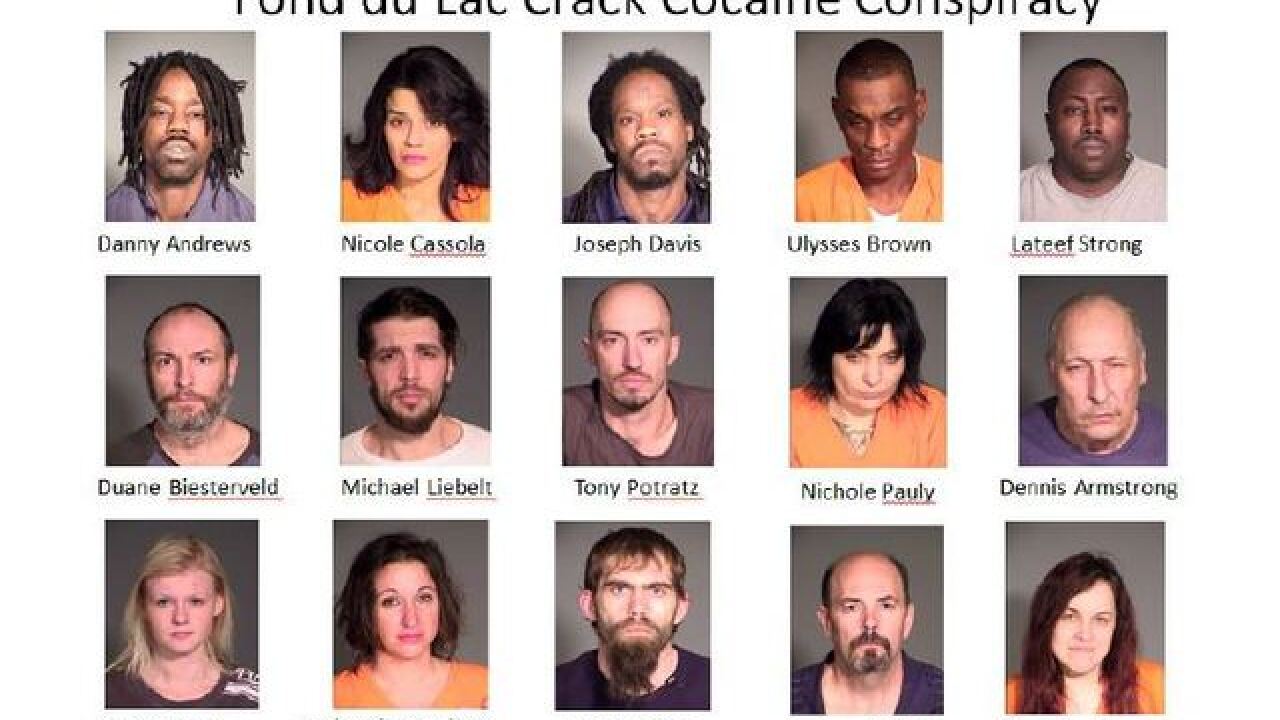 16 people in Fond Du Lac County have been arrested and charged for distributing $9.6 million worth of cocaine and crack.

Over the last 10 months, agents with federal, state and county law enforcement have been working with the FDL Police Department on a case that turned out to be one of the largest drug busts in the city’s history.

Police say they were able to charge 16 people for selling over 127 pounds of crack and cocaine in the Fond Du Lac area. Agents say the distribution was local, but it also stretched as far as Milwaukee and even Chicago.

Investigators say they believe the suspects distributed at least 96,000 doses of cocaine in the last 10 months. On Thursday, authorities say their job is far from over and they anticipate making more arrests soon.

"The message for any of those folks still in this community is: move out, go somewhere else, because we're not done. We're not going to stop, and this team has had an incredible success," says FDL District Attorney Eric Toney.

In just the last five years, the Fond Du Lac Police Dept. says they have arrested more than 400 people on drug trafficking charges. They hope these most recent arrests seriously impact the supply chain in town.