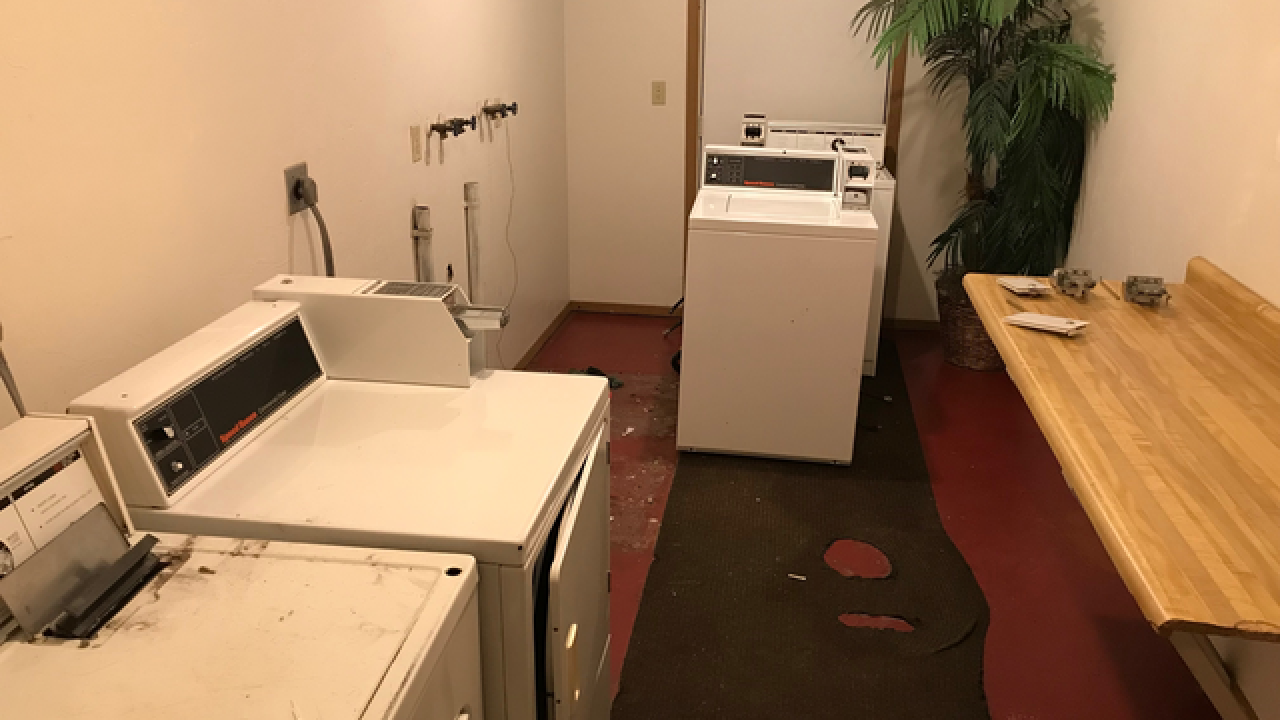 Police are trying to figure out who is breaking into apartment complexes, breaking or damaging washing machines and stealing the machines' quarters.

The Green Bay Police Department says it had received reports from at least six apartment complexes in the 1500, 1600, 1700 block of Western Ave and the 300 block of Locust St.

Police say the suspect(s) who are committing this crime know what to look for and what they are doing. It would take the suspect a considerable amount of time to disconnect the water connections, pull the unit out from the wall to gain access to the rear of the coin-op area, remove the coins, and run away.

Green Bay Police say the current monetary loss is believed to be around $1,500 thus far.