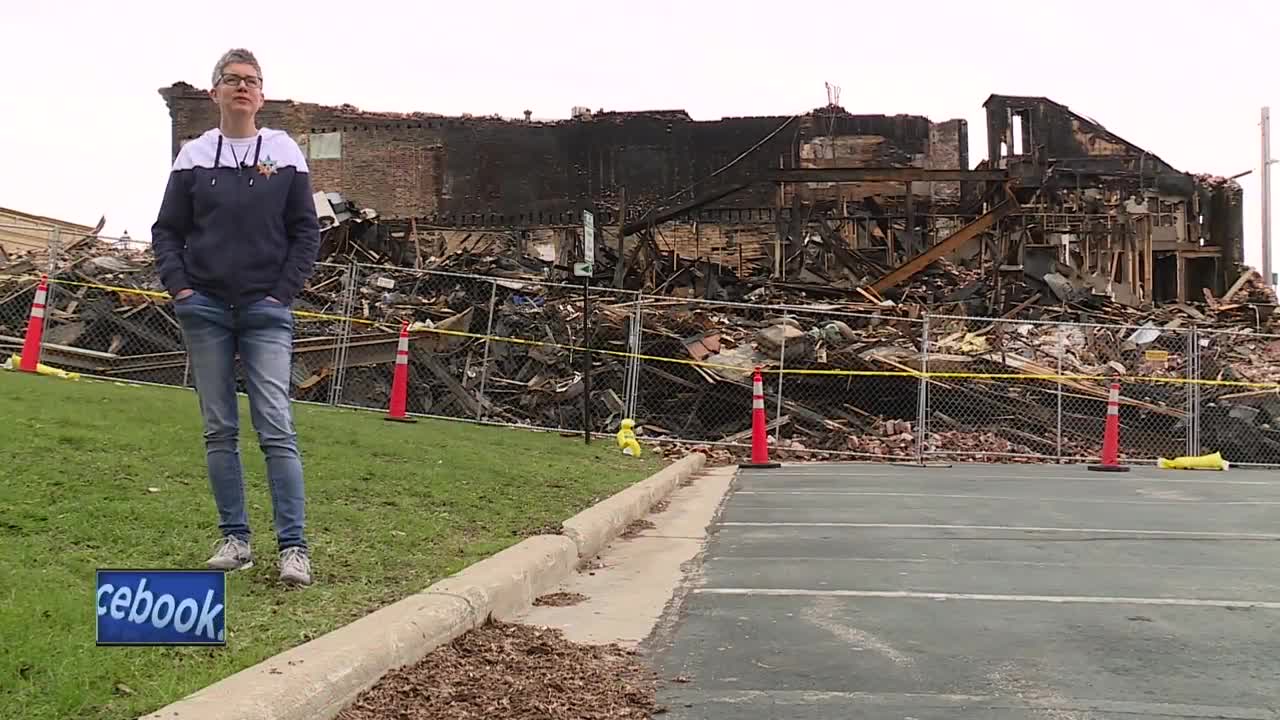 Just nine days ago two historic buildings in downtown De Pere were nearly completely destroyed in a fire. Tonight NBC26 spoke to two business owners displaced by that fire and heard the positive message their sharing about trying, to move forward.

Many of the businesses destroyed in the downtown De Pere fire have been forced to search for a new home. Betsy White, the owner of Life Coach 4 Kids Is just one of them displaced.

"My business began here. This was my first space.... it's a business where we help kids to feel confident in who they are, to overcome obstacles and deal with anxiety," says White.

Overcoming obstacles and dealing with anxiety, is all of a sudden what Betsy herself is dealing with.

Facing her problems head on and admitting what the fire did is devastating for White, but also part of her process. But in due time she plans on opening a new space of her own.

"And I'm hoping that dream becomes a reality," says White.

The owners of XO Fitness didn't plan on opening their new location for another month, but plans changed after the fire took everything.

"We had something to go do immediately that we could focus on and focus on the future and move forward instead of just being sad about what we lost," says Karin Jennings the co-owner of XO Fitness.

Her husband and her are still about three weeks away from finishing construction projects at their new location which is just a couple blocks away from their former location. But their staying busy, and that according to them is keeping their optimism fresh.

"Getting back to normal is like the most important thing. Having the routine getting back into it," says Jennings.

And as the countless people impacted by what this fire did try to move forward, there is some comfort knowing that some of those most impacted by what it took, are thinking about others today.

Now we're still waiting for the state fire marshal to determine the cause of the fire.... But at this point... No details on how it may have begun.... Have been released...