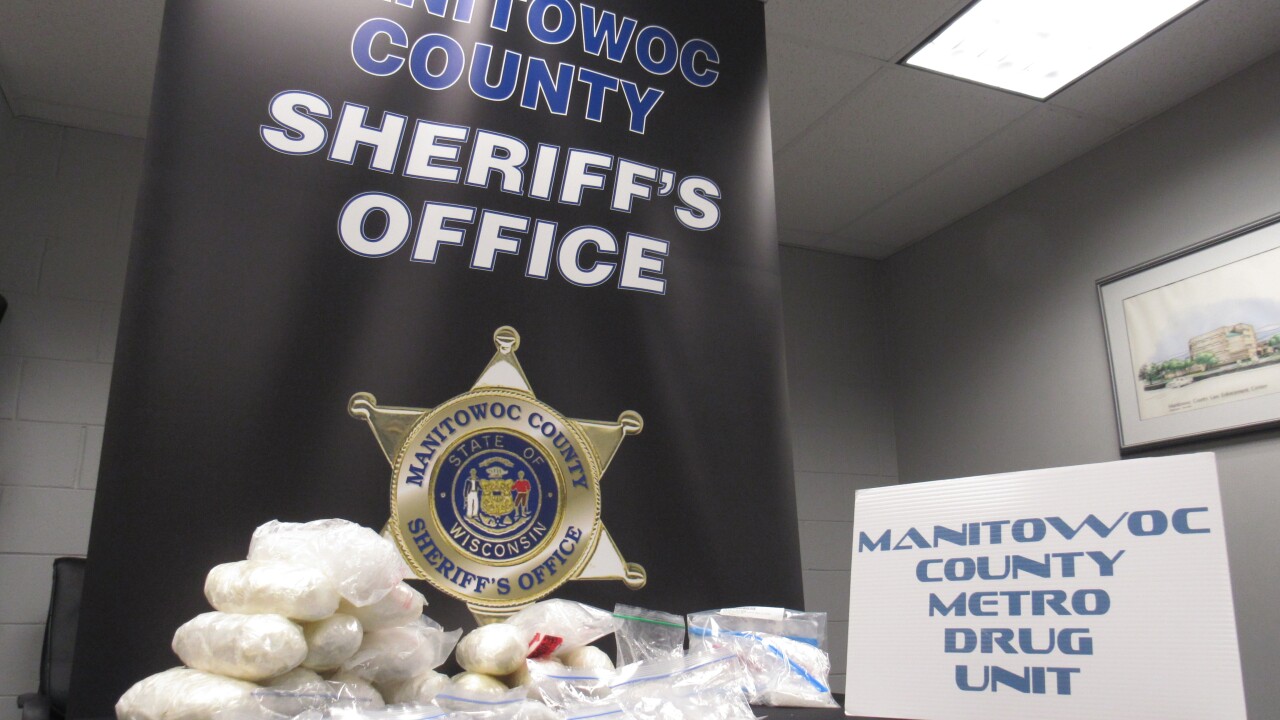 In early May 2019, investigators conducted search warrants on South 16th Street and in the 1300 block of Virginia Avenue in Sheboygan and located about 17 pounds of methamphetamine stored in the residences. This resulted in the arrest of a 25-year-old Sheboygan man.

Investigators identified the source of the methamphetamine residing in Nebraska. Arrangements were made to meet the Nebraska drug source to collect drug proceeds and discuss recent activity. On May 14, 2019, investigators located and conducted surveillance on the Nebraska man in Sheboygan and arrangements were made to travel to Manitowoc to collect about $30,000 to $35,000 from the methamphetamine distributor. Wisconsin State Patrol and Manitowoc Sheriff personnel stopped and arrested the 25-year-old man from Nebraska on I-43 in Manitowoc County.

Investigators conducted interviews as part of this investigation and learned that this drug trafficking group was responsible for about 36 pounds of methamphetamine transported to Wisconsin and distributed to various locations within Sheboygan and Manitowoc County. Investigators estimate the street value of the seized methamphetamine to be about $700,000 or the total case amount of about $1.3 million.

Both subjects have been charged with conspiracy to distribute methamphetamine and have made appearances in Manitowoc County Circuit Court.