Holy Week: What it is, and what is practiced 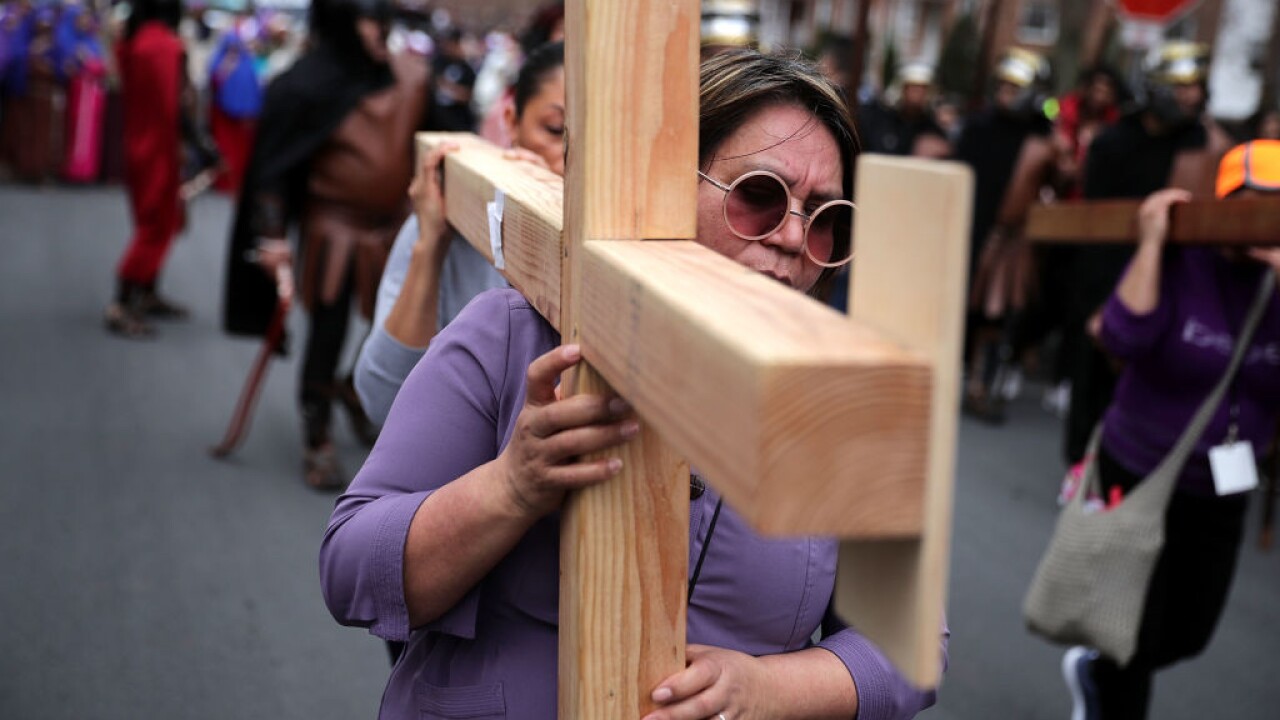 Christians around the world follow the steps of the final days of Jesus Christ in the week leading up to Easter, called Holy Week.

This year's Holy Week began Sunday, April 14, which is called Palm Sunday. In the Holy Bible, it's the day Jesus entered Jerusalem, where He would later be crucified on a cross at Golgatha.

In the United States, the day is mostly commemorated in worship services of prayer, hymns and sermons, typically with palm leaves as part of the ceremonies.

Why palms?
Palms are considered a symbol of good luck. People put palm leaves in their homes, lay them over graves and more. Some Christian groups will have processionals in which they carry palm leaves, and children will use them to craft crosses.

Palm branches are referenced in the Holy Bible and are considered a symbol of triumph, life and the beginning of Holy Week.

Maundy Thursday
The Thursday of Holy Week, called Maundy Thursday, represents the day of the Last Supper and the time Jesus washed the feet of His 12 disciples. At that supper, He announced that He would be betrayed by one of them — Judas.

Judas led soldiers into the Garden of Gethsemane and identified Jesus for them. (His betrayal led to Jesus' arrest and thus the series of events leading up to the crucifixion.)

Maundy means "mandate" or "command" ... when Jesus, at the Last Supper, commanded people to love one another.

Good Friday
The biggest day of Holy Week is Good Friday, commemorating the day Jesus Christ died on the cross. He was crucified and suffered for the people who follow Him. It is considered the most somber day of the year for Christians.

In the United States, some Christian churches and organizations have ceremonies or events called the "Way of the Cross" or the "Stations of the Cross" in which followers will visit stations or carry a heavy cross in honor of what Jesus did in His final hours on Earth as He walked to Calvary.

Easter
"He has risen!" A common phrase among Christians, "He has risen!" is said to celebrate Jesus disappearance from the tomb on the third day: The day He rose and went to Heaven. Easter celebrates Jesus' resurrection and the forgiveness of sinners.