Macy's Thanksgiving Day Parade is in its 92nd year; here's what to expect 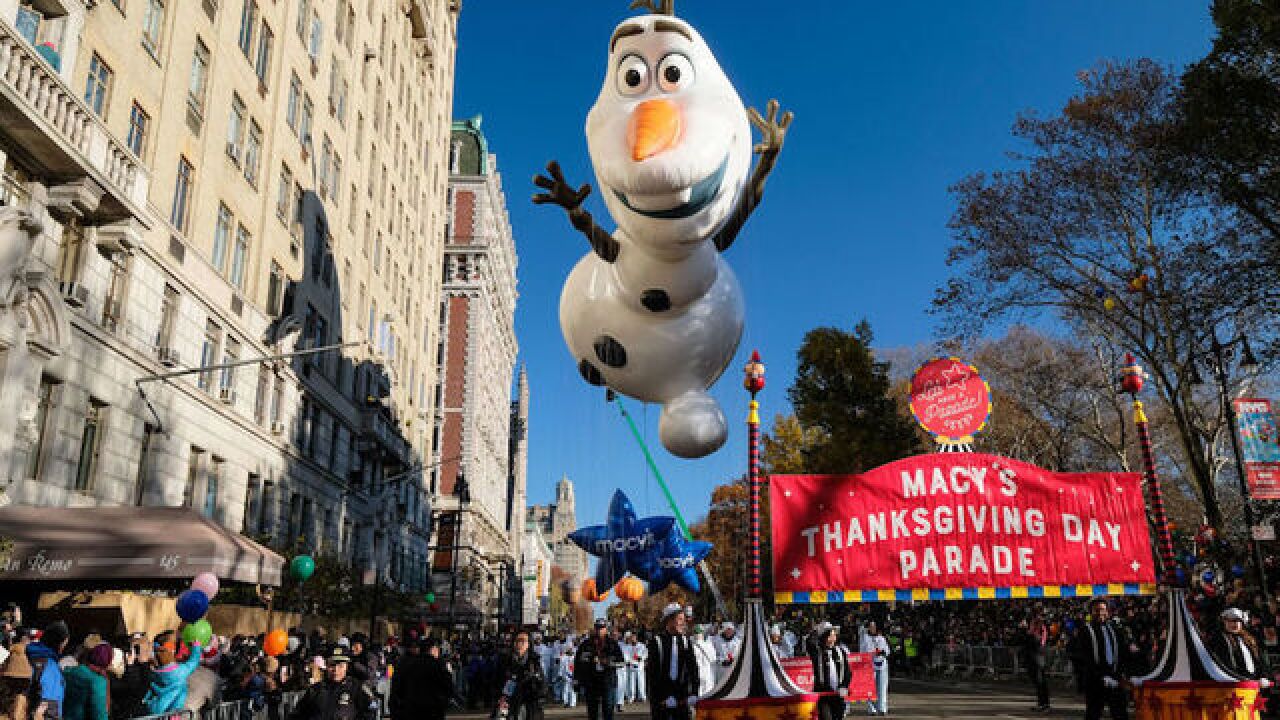 MANHATTAN — It began as a costume parade in Newark, New Jersey: The Thanksgiving parade started by Bamberger's store transferred to New York in 1924 and featured employees of Macy's, who marched down 34th Street.

The large event included live animals, floats and bands as it entertained spectators. As it does today, 92 years later, it ended with Santa Claus being welcomed into Herald Square.

The crowds grew to love the parade so much that by 1933, a million people were turning out to watch. The first television broadcast of the parade aired in 1948, and it has aired every Thanksgiving day morning ever since.

Parade organizers haven't announced performers or which Broadway shows will be included. But it's a sure bet we'll see The Rockettes of Radio City Music Hall, who have performed the famous Christmas kickline every year since 1957.

There are always several marching bands, cheerleaders and dancers from around the nation.