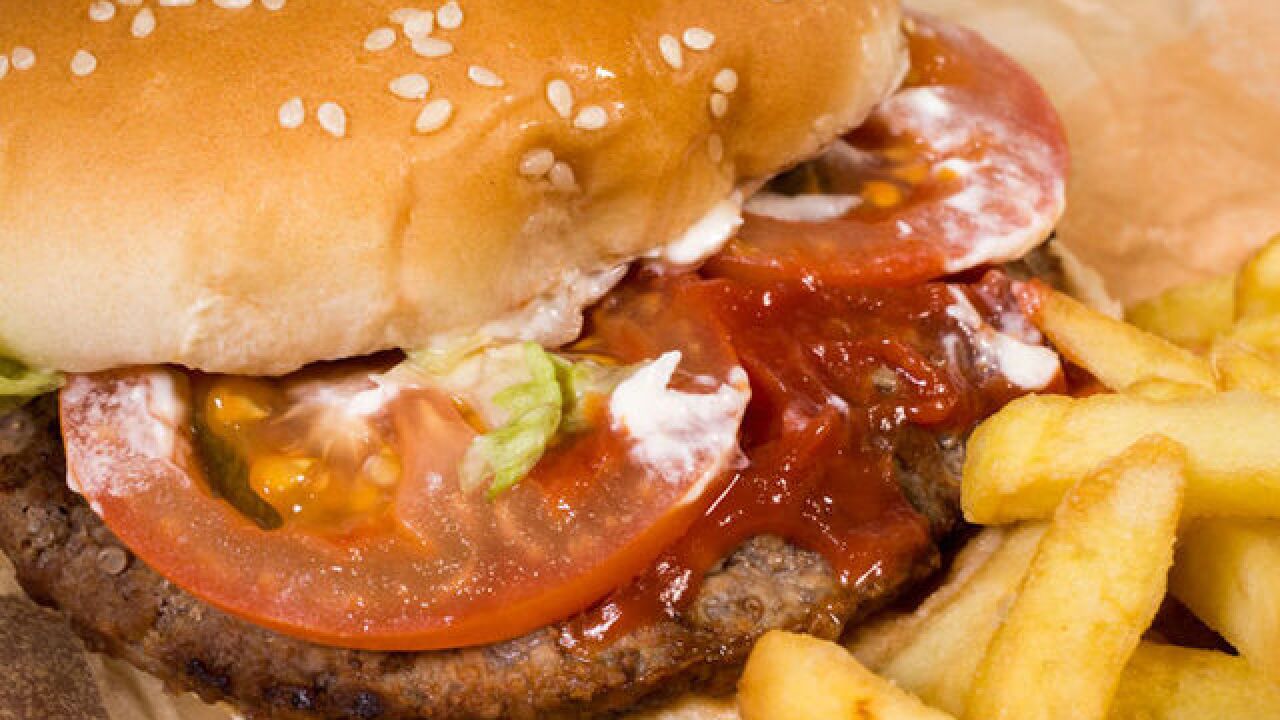 Image copyright 2018 Getty Images. All rights reserved. This material may not be published, broadcast, rewritten, or redistributed.
Matt Cardy
<p>In this photo illustration, fast food from a branch of Burger King is pictured on February 20, 2018.</p>

Fast food has become a major part of the American diet, and a new report from the U.S. Centers for Disease Control and Prevention reveals just how many adults eat it.

Between 2013 and 2016, about 37 percent of U.S. adults consumed fast food on any given day, according to the data brief published Wednesday by the National Center for Health Statistics.

"On any given day in the United States, an estimated 36.6 percent or approximately 84.8 million adults consume fast food," said Cheryl Fryar, first author of the report and a health statistician at the CDC.

"We focused on fast food for this report because fast food has played an important role in the American diet in recent decades," she said. "Fast food has been associated with poor diet and increased risk of obesity."

Fast foods tend to be high in calories, fat, salt and sugar, which -- when consumed in excess -- can be associated with obesity, high blood pressure, Type 2 diabetes and heart disease, among other health risks.

On average, adults in the US consumed 11.3 percent of their total daily calories from fast food between 2007 and 2010, according to a National Center for Health Statistics data brief published in 2013.

Who eats the most and least fast food

The new report included data on about 10,000 people 20 and older from the National Health and Nutrition Examination Survey 2013-2016.

The data revealed that fast food consumption varied by age, income level, race and sex. For instance, 44.9 percent of adults ages 20 to 39 said that they consumed fast food on a given day, compared with 37.7% of adults 40 to 59, and 24.1 percent of adults 60 and older.

The percentage of adults who said they consumed fast food rose with family income level, according to the report. Overall, 31.7 percent of lower-income, 36.4 percent of middle-income and 42 percent of higher-income adults said they had eaten fast food.

"What surprised me was the finding that income was positively associated with more fast food," said Dr. Lawrence Cheskin, an associate professor and director of clinical research at the Global Obesity Prevention Center at Johns Hopkins Bloomberg School of Public Health, who was not involved in the new report.

"That connection or correlation is opposite of what I perhaps would have expected," he said. "But we need these kinds of studies and these kinds of facts and statistics to get a better understanding of what drives the use of foods that, as a nutrition expert I would say, are not your first choice for a variety of reasons."

Cheskin, who is also director of the Johns Hopkins Weight Management Center, emphasized that foods high in sugar and fat can raise the risk of certain chronic health problems. "People have the lowest health risk when they eat fruits and vegetables and whole grains," he said.

The report has some limitations, including that the subjects' dietary information was obtained through in-person interviews during which the adults recalled what they had eaten in the past 24 hours. Such recall interviews could lead to underreporting and other issues.

'What we should be scared of is double cheeseburgers'

All in all, the report's findings are what most experts would expect and mirror fast food consumption patterns found among children, said Jennifer Harris, an associate professor in allied health sciences at the University of Connecticut and director of marketing initiatives at the Rudd Center for Food Policy and Obesity, who was not involved in the new CDC report.

"Other studies that have looked at 24-hour dietary recall like this have found a similar thing: that about a third of kids on any given day eat fast food," Harris said.

Last month, a Rudd Center report said that 91 percent of 871 parents who took an online survey said they had purchased lunch or dinner for their child in the previous week at one of the four largest fast-food restaurant chains: McDonald's, Burger King, Wendy's or Subway. The survey was conducted in 2016.

"On average, they'd gone 2½ -- actually 2.4 -- times per week. So those numbers are pretty comparable to about a third on any given day," Harris said.

"We do know that fast food advertising has gone up during that time by pretty large amounts. We do know that parents take their children, they say, because it's convenient, it's a good value, and their kids like the food. So all of those are driving purchases of fast food," Harris said.

"The other thing that we suspect is also that the restaurants have been introducing healthier items with their kids' meals," she said, adding that even though there are some healthier options on menus, several items are still high in calories, fat and salt.

"We know for children, on days that they consume fast food, they eat about 120 more calories that day. They also consume more sugar and sodium and fat on the days they eat fast food," she said.

Although fast food is typically higher in unhealthy saturated fat, sodium and calories, it tends to be low in several key nutrients that adult bodies need to flourish and that children's bodies need to grow, said Liz Weinandy, a registered dietitian at The Ohio State University Wexner Medical Center, who was not involved in the new CDC report.

"It is funny, when we see news clips of a shark swimming near a beach, it scares us into not going near that beach. However, what we should be scared of is double cheeseburgers, French fries and large amounts of sugary beverages," Weinandy said.

"Adults can go to the grocery store more and prep food to take on the go so we don't have to get in a situation where we need to rely on fast food so much," she said. "It takes time and some organization. I see many people who are successful at this, though, when they take a couple of hours on the weekend, and again midweek, to prep food and then plan ahead just a little to take some things with them."