Blood facials: What are they are and why do people get them? 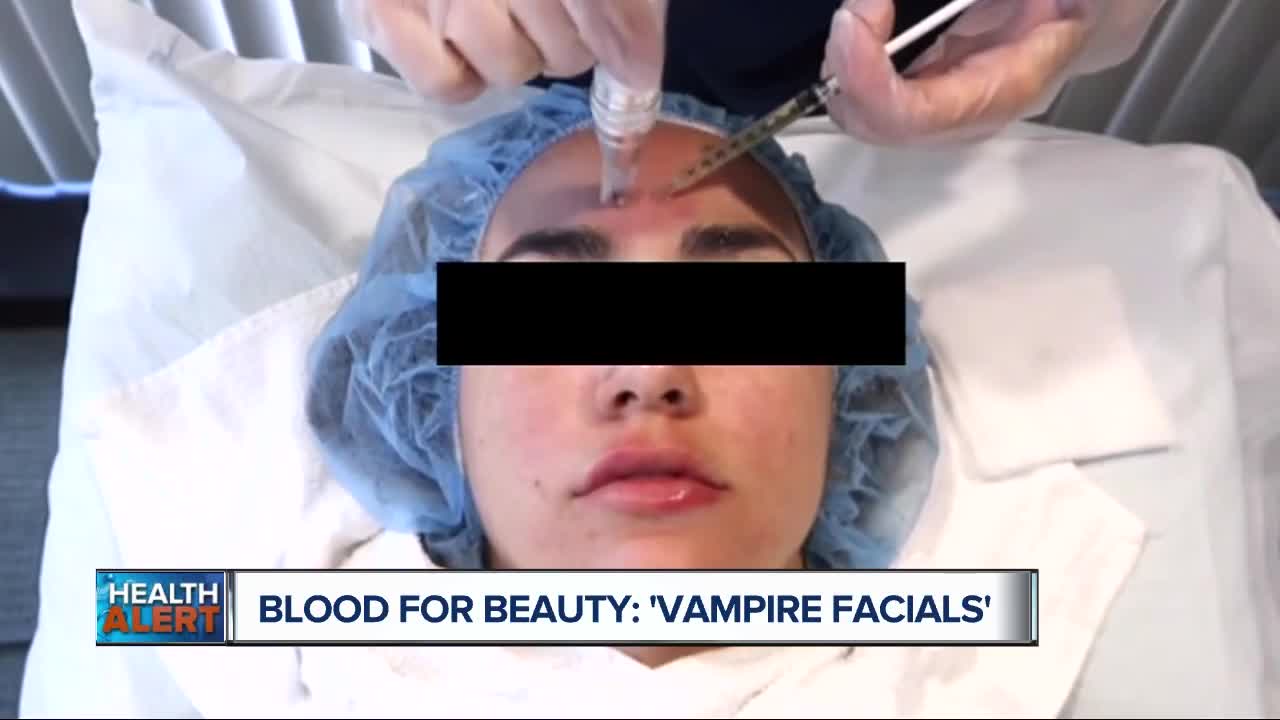 Earlier this week, health officials tied two HIV cases to injection related procedures out of an unlicensed New Mexico spa. The cases are thought to be linked to a Hollywood facial gaining popularity across the country, that many have seen cluttering social media, from Instagram to YouTube. 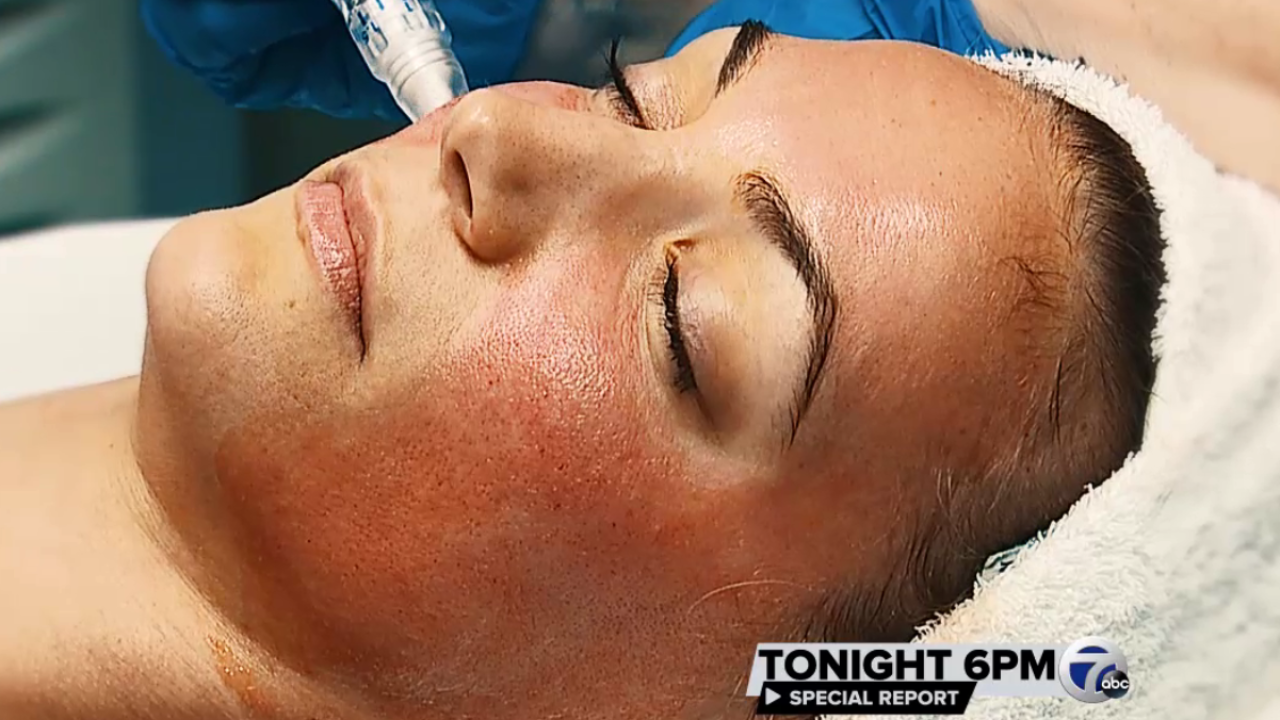 The cases are thought to be linked to a Hollywood facial gaining popularity across the country and that many have seen cluttering social media, from Instagram to YouTube.

The treatment, often referred to as a “vampire facial” or “blood facial,” was put on the map five years ago by celebrities like Kim Kardashian.

"I know during, it looks a little scary," said Kristie Jones, who regularly does the treatment.

But she's not afraid in the least because she got her blood facial, also known as microneedling with platelet-rich plasma (PRP), under the care of a licensed practice in Bloomfield Hills, Michigan.

PRP supporters say, when done regularly, it does wonders for acne scarring, fine lines and wrinkles, but how does the alleged magic work?

"You’re using a machine to create these micro channels in the skin and that in it of itself is causing a good increase in collagen and elastin but you’re using the PRP to augment that," said Dr. Giancarlo Zuliani, the cosmetic surgeon who oversees Michigan practice Zuliani Facial Aesthetics.

PRP comes from your own blood, spun in a centrifuge and separated until you get the best concentration of platelets, which creates a yellow color many have called liquid gold. Those platelets ultimately go back into your body, blended into your skin.

After the numbing cream goes on, a pen uses fine needles to create hundreds of tiny, invisible puncture wounds, often producing some surface bleeding. And that surface injury is what stimulates skin cells to regenerate.

"Collagen is what gives your skin its suppleness, its tautness, we’re tricking your skin into creating more," said Shalene Fisher, the medical aesthetician who did the treatment on Jones.

On a scale of one to 10, Jones said the pain is at about a two or three, but says the results are worth the discomfort and the roughly $600 per treatment.

"When you put your makeup on everything is so much smoother ... I love that I’m using my own my own blood, my own plasma and it’s getting put right back into my skin," she said.

Those looking for a natural approach to skin care might find it preferable to injectables or fillers, like botox.

The doctor says he's watched its use expand and multiply. There's even people using PRP injections to stimulate hair growth. But as the procedure popularizes, so do concerns about safety practices.

"It should be safer because you’re using your own blood but if you’re not going to a facility that’s using universal precautions, then you could run into serious problems," said Dr. Shaun Jayakar, a Michigan-based internist.

So if you’re going shopping for PRP treatments, experts say you need to make sure the establishment is licensed. For PRP facials, only use an aesthetician working under the care of a staffed medical doctor, as mandated by law. For PRP hair growth, which involves injections, the procedure should only be performed a doctor. Also, beware of coupons with ultra low prices that promise a certain outcome. If a deal sounds too good to be true, it most definitely is.