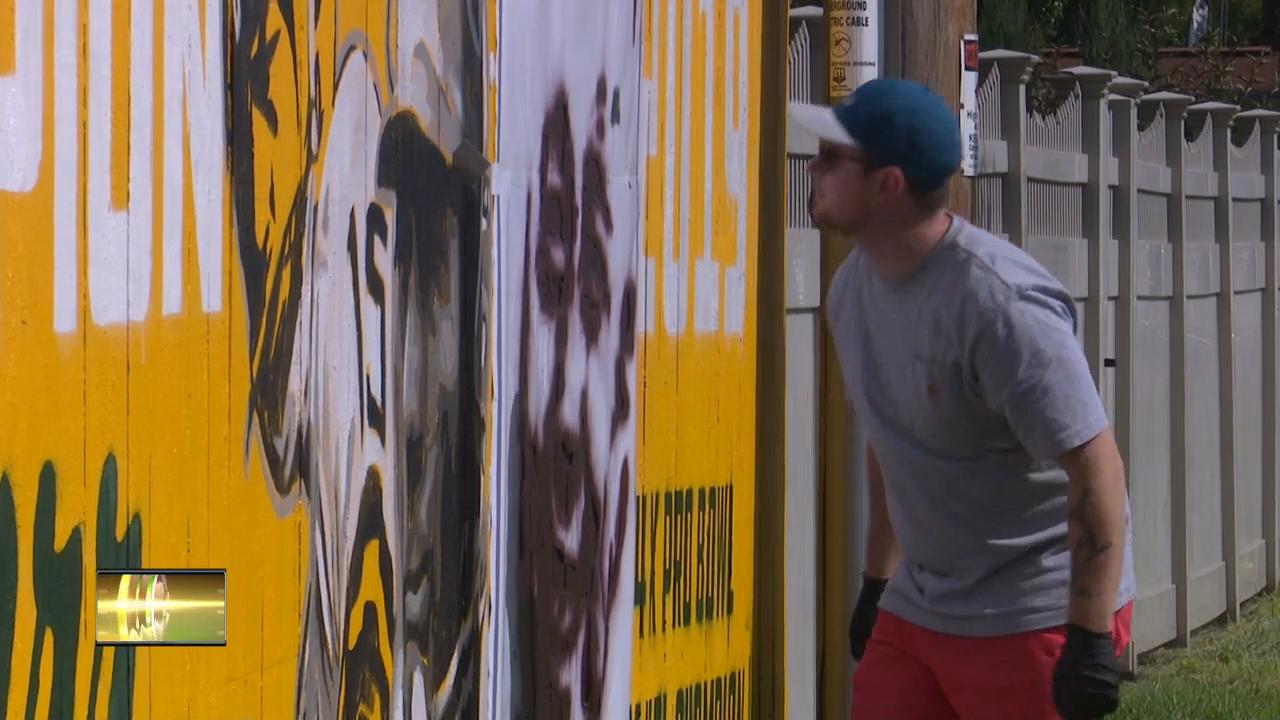 ASHWAUBENON, Wis. —This year's mural is titled, "our champion our Starr," paying respect and honor to the legendary Bart Starr. Artists Zane Statz and Spencer Young, both local artists and St. Norbert alums, have been dedicating the last five years to painting these murals every year. They said the painting started at 5 in the morning, and they would continue painting for 14 to 15 hours. The final look comes with lots of preparation, and they said the design was special, "There's no other thing more important than Bart Starr, a huge contributor to the team, huge contributor to the fans, the city of green bay his passing felt by a lot of people, we wanna celebrate his life and everything he brought to the packers organization," said Statz. Most of the utensils used to make the mural, were donated by Cheesehead TV.