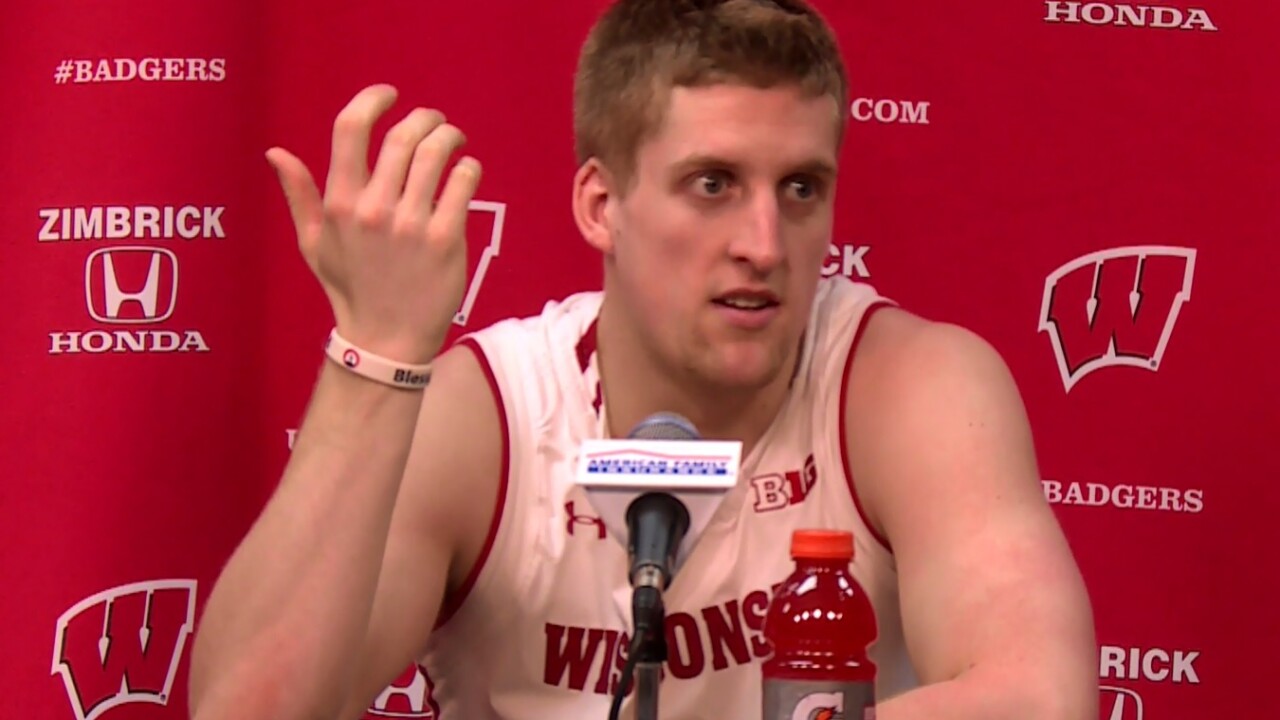 Pritzl, a reserve for Wisconsin (20-9, 12-6 Big Ten), also went 3 for 4 at the line. The De Pere product's only miss was a free-throw attempt with less than 2 seconds remaining.

Penn State (12-17, 5-13) was held without a field goal for the final eight minutes of the game and scored just five points from the line over that stretch.

But Penn State still had a chance after D'Mitrik Trice missed a long 3-point attempt, giving the ball back to the Nittany Lions with the Badgers clinging to a 59-57 lead with 14 seconds left.

After a timeout, Penn State's Rasir Bolton tried to throw the ball to Lamar Stevens at the elbow. But Wisconsin's Khalil Iverson tipped it away, and the referees ruled it went off Stevens' hand. After a review, the ball stayed with Wisconsin.

Nate Reuvers then went 1 for 2 at the line, leaving the door open for the Nittany Lions again. But there was a collision between Bolton and Pritzl near the sideline with less than 2 seconds left. No foul was called, and the referees ruled the ball went off Bolton.

It wasn't a particularly pretty game offensively for either team. The Nittany Lions shot 35 percent from the field, below their average of nearly 42 percent.

Meanwhile, take away Pritzl, and Wisconsin made just 34 percent of its field-goal attempts.

Ethan Happ scored 14 for the Badgers, while Stevens led Penn State with 22 points and 10 rebounds.

Penn State: The loss snapped a three-game winning streak for the Nittany Lions.

Wisconsin: Coming off a double-overtime loss at Indiana on Tuesday, Wisconsin found a way to grind out a win.