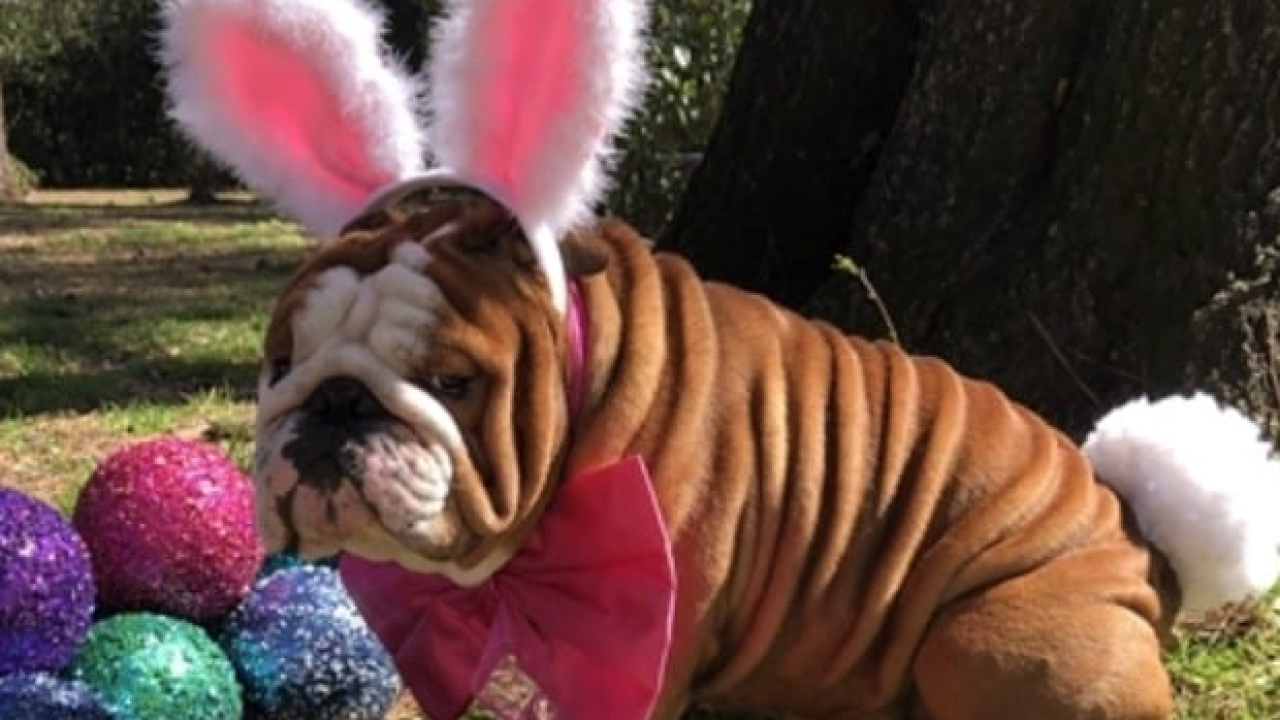 Easter will be here before you know it and that means one thing — it’s time for Cadbury’s clucking bunny commercial to once again grace our TV screens. This year, the brand didn’t limit the bunny tryouts to a commercial spot. Nope. They actually held tryouts for real in search of the next “bunny.”

Cadbury’s first-ever actual bunny tryouts were held in February and March. And finally, a winner has been announced. So say hello to your newest Cadbury bunny: Henri the bulldog!

Henri, who lives with his owners Kathie and Tim Santillo in Wilmington, North Carolina, will not only star with the actual Cadbury bunny in this year’s iconic Clucking Bunny commercial, but he also won $5,000. Plus, Cadbury is donating $10,000 to The American Society for the Prevention of Cruelty to Animals .

More than 4,000 entries of pets wearing bunny ears were submitted to the contest, with 20 semi-finalists from all over the country making it to the top. Of course, the finalists included dogs and cats, but also a lizard, a llama, a goat and a horse! Henri was selected as the winner by the judges, which included Insta-famous star and honorary judge Doug the Pug .

THIS ARTICLE ORIGINALLY APPEARED AT SIMPLEMOST.COM

Henri is no stranger to fame and is also Insta-famous, with his own Instagram account featuring him in all sorts of outfits. Check out this adorable photo of him dressed as Santa, asking for a T-bone steak, block of cheddar cheese and some Gas-X. (LOL!)

“When people see the iconic Cadbury Clucking Bunny commercial, they know Easter season is here,” Katrina Vatter, marketing team member for the Cadbury U.S. brand, said in a press release . “For the first time in over 35 years, we are honored to expand our tradition and welcome Henri as a new character to the commercial.”