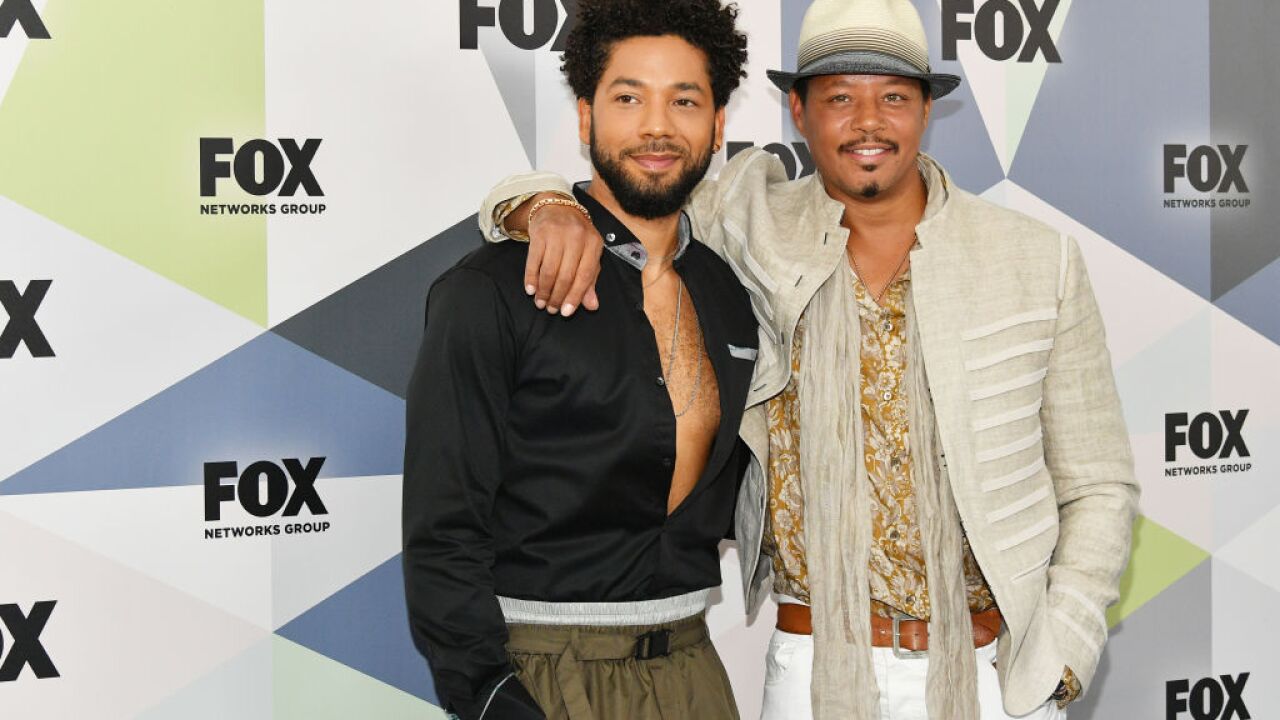 Actor Terrence Howard is supporting his television son, Jussie Smollett, after he was accused of staging a hate crime attack last month in Chicago.

Smollett plays Howard's son, Jamal, on "Empire," a Fox drama about a family dynasty set in the alluring world of hip-hop.

In a post on social media, Howard shared his love for the actor with a video of a baby sitting on Smollett's lap and breaking into fits of giggles when Smollett tickles him.

"All your lil homies got you. We love the hell outta you," he captioned the video along with a heart emoji at the end.

Howard to fan: Not your job to judge

In one of the comments under the video, a fan criticized him for supporting Smollett, and Howard fired back with a lengthy message defending his decision.

"Sorry you feel that way but that's the only Jussie I know," he posted. "The Jussie I know could never even conceive of something so unconscious and ugly. His innocence or judgment is not for any of us to decide. Stay in your lane and my lane is empathy and love and compassion for someone I've called my son for five years. It's God's job to judge and it's ours to love and hope, especially for those that we claim to have loved."

Smollett was arrested Thursday on a felony charge of disorderly conduct over falsely claiming he was attacked, Chicago police said

Authorities said Smollett was dissatisfied with his salary on the show and wanted publicity when he filed a police report saying two men attacked him and threw a noose around his neck on January 29 in Chicago.

He allegedly staged the attack by paying two brothers $3,500 to target him, police said. The men bought masks and a noose to use in the attack, and the actor directed them on what epithets to hurl when they attacked him, officials said.

Before the alleged attack, Smollett made sure the neighborhood had security cameras to ensure the assault would be recorded, Chicago police Superintendent Eddie T. Johnson said Thursday.

"But unfortunately that particular camera wasn't pointed in that direction," he said.

Smollett reported the attack to police who investigated it as a possible hate crime. But as the story unfolded over the weeks, it started unraveling with twists and turns that culminated with his arrest on suspicion of filing a false police report.

'Empire' cast hasn't said much since his arrest

The show's main cast has not commented much since Smollett's role in the attack changed from victim to suspect. But Howard expressed his shock when news of the alleged attack initially surfaced.

Smollett has maintained that he did not make up the story, and he has reiterated to the "Empire" cast and crew he was innocent of the charge against him .

His attorneys have said they plan to mount "an aggressive defense."

"Like any other citizen, Mr. Smollett enjoys the presumption of innocence, particularly when there has been an investigation like this one where information, both true and false, has been repeatedly leaked," his attorneys said in a statement.

Under Illinois law, filing a false police report is disorderly conduct and punishable by one to three years in prison. Smollett is due back in court March 14.

Executive producers of "Empire" said last week that while they were waiting for the legal process to play out, they would remove Smollett's character from the season's final two episodes .