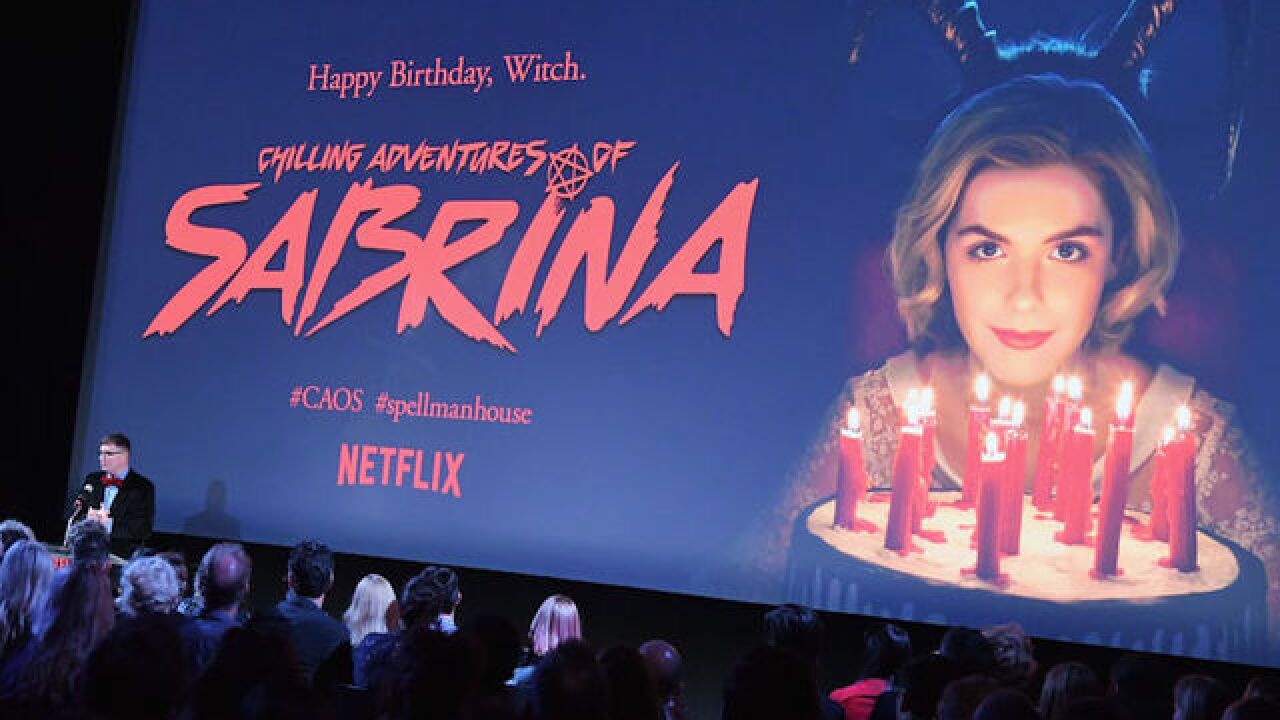 Halloween may be over, but a battle of otherworldly powers is just beginning to brew.

Netflix's "The Chilling Adventures of Sabrina," a darker reboot of the late 90s/early 00s "Sabrina the Teenage Witch," is sparking backlash from an unlikely source — the Satanic Temple.

There are some mild spoilers ahead, so turn away from your screen if you don't want to know a single detail about this show.

In the show based off the Archie Comic series, the titular character Sabrina Spellman attends a witchcraft school known as the Academy of Unseen Arts. The character is a half-human, half-witch who must navigate both worlds and the problems they bring.

Sabrina's school has a large statue of Baphomet. For those not up-to-date on their dark arts homework, Baphomet is a half-man, half-goat creature often used as a reference to the occult. In "Sabrina," the statue represents Satan or, as the show refers to him, "the Dark Lord."

According to Lucien Greaves, the co-founder and spokesperson for the Satanic Temple, the Baphomet statue used in the Netflix series is "appropriated" from their copyrighted design.

"Yes, we are taking legal action regarding #TheChillingAdventuresofSabrina appropriating our copyrighted monument design to promote their asinine Satanic Panic fiction," Greaves tweeted a few days ago.

So what makes this particular Baphomet depiction so distinctive? When comparing the statue in "Sabrina" to the depiction from the Satanic Temple, both feature the half-man, half-goat creature with wings seated, two children staring up and a pentagram prominently on the forehead. In addition, neither representation depicts Baphomet with breasts, which has been a feature in other interpretations, Broadly reported.

Greaves tweeted a side-by-side comparison to illustrate the similarities.

For purposes of comparison... pic.twitter.com/AZJvmq1Cks

But the issue goes beyond using copyrighted imagery, according to an interview Greaves gave with SFGate.

Greaves says the use of the statute in "Sabrina" could incite "Satanic Panic."

In the show, Baphomet is associated with something evil, which is not the image Greaves wants for the Satanic Temple, he says.

People on Twitter have been quick to point out to Greaves, however, that the "Sabrina" statue resembles a lot of different depictions Baphomet, including a mid-19th century illustration that is public domain.

A production designer for "Sabrina" responded to Greaves' claim and told Teen Vogue their design is an original depiction.

Netflix hasn't released a public statement on the matter.