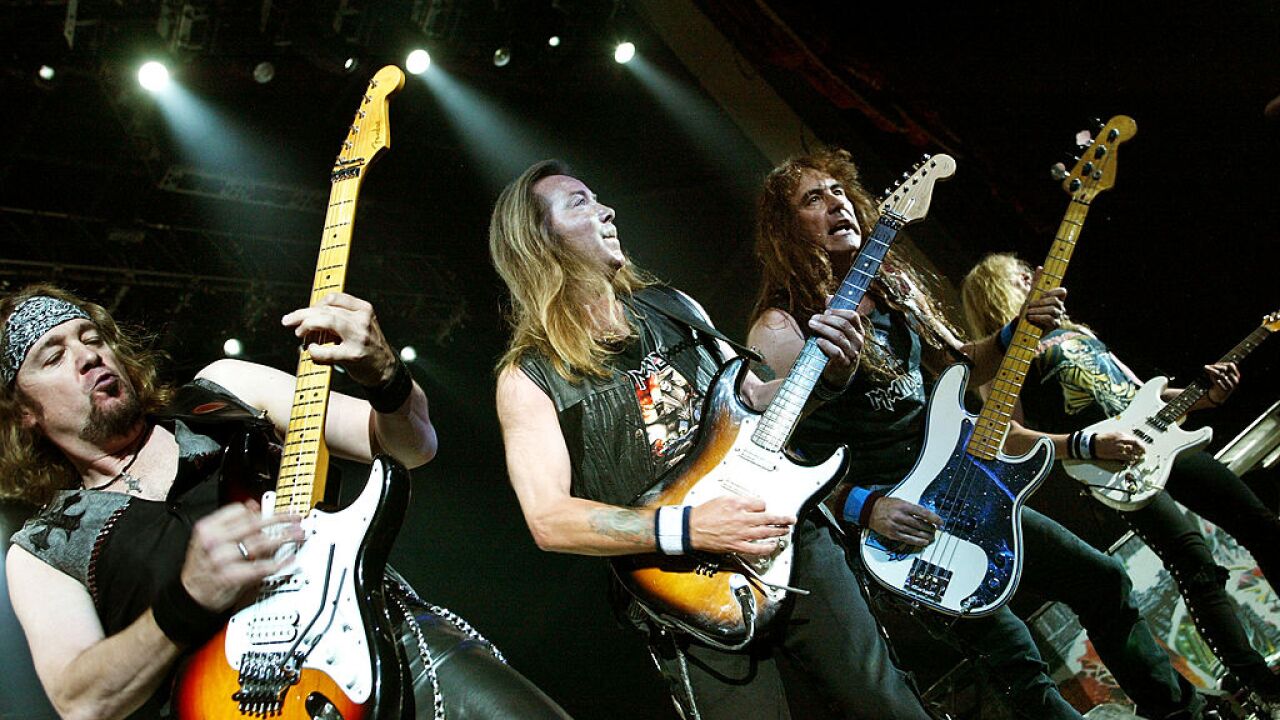 The British rock group argues that the title "Ion Maiden" is "nearly identical to the IRON MAIDEN trademark in appearance, sound and overall commercial impression," and would "confuse consumers" into believing the game and band were endorsed by the musicians.

The documents, filed in a California district court on May 28, also allege the use of a "virtually identical imitation" of the band's trademark, and claim that fans had contacted Iron Maiden complaining they were "misled" into believing that the game and the band were affiliated.

The lawsuit also claimed that the main character, Shelly Harrison, was named in reference to Iron Maiden founder and songwriter Steve Harris, and that "Ion Maiden" has "the same look and feel" as "Legacy of the Beast," the band's own game.

3D Realms responded to the lawsuit in a statement, also posted on Twitter , describing the claims as "frivolous."

"We've recently heard about a lawsuit filed in California by the band Iron Maiden, claiming our old-school first-person shooter Ion Maiden is infringing on their trademark," the company said.

"From what we've heard, the suit claims our main character, Shelly Harrison, originally debuting in 2016's Bombshell, is based on their musician Steve Harris; our skull bomb icon found in-game is based on their skeleton mascot Eddie; our logo in itself is based on theirs; and other frivolous claims anyone who has played Ion Maiden would find more over the top than Shelly's 'Loverboy,' her signature 18-round triple-barreled revolver."

"We at 3D Realms, our co-publishers 1C Entertainment, and developer Voidpoint will review our options once we receive official notice of the lawsuit and will make any necessary decisions at the appropriate time. Regardless, everyone continues to work diligently on Ion Maiden to deliver the best possible experience later this year."

3D Realms, a games developer and publisher responsible for titles such as "Duke Nukem," "Max Payne" and "Commander Keen," is due to release "Ion Maiden" later this year. Early access previews of the game are already available.

This is not the first time a rock band has taken legal action over alleged trademark infringement. In May, legendary outfit Guns N' Roses filed a lawsuit against a Colorado brewery over its launch of a beer called Guns 'N' Rosé.