Drummer Hal Blaine, who played on hundreds of rock's greatest songs, is dead at 90 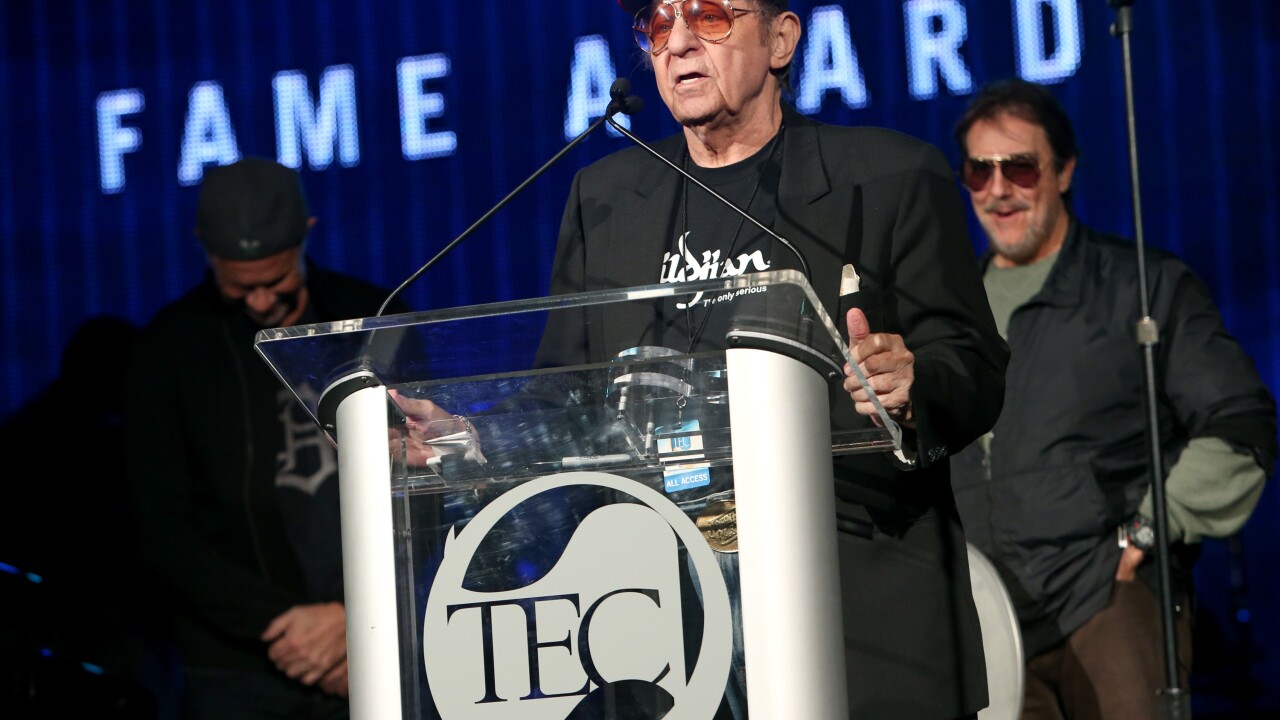 Drummer Hal Blaine, whose smooth backbeat anchored many of the greatest hits of the '60s and '70s, including the Beach Boys' "Good Vibrations," the Byrds' "Mr. Tambourine Man" and Simon & Garfunkel's "Mrs. Robinson," has died. He was 90.

His death Monday was confirmed by his family through a statement on his official Facebook page .

"May he rest forever on 2 and 4," it said -- a reference to the drum beat that's a foundation of many rock songs.

Few people knew his name, but Blaine's playing can be heard on thousands of recordings by many of the biggest names in popular music. In 2000 he was inducted into the Rock & Roll Hall of Fame, which credited him with playing on more hit records -- including 40 No. 1 singles -- than any drummer in the rock era.

"Hal taught me a lot, and he had so much to do with our success -- he was the greatest drummer ever," said the Beach Boys' Brian Wilson on Twitter. Blaine played on many of the band's hits, including its landmark "Pet Sounds" -- widely regarded as one of the best rock albums of all time.

Blaine also was a core member of the Wrecking Crew, a revered group of elite session musicians in Los Angeles who played on songs by many of the top artists of the era, from Elvis Presley and Frank Sinatra to Sam Cooke and Sonny & Cher. The collective, which included a young Glen Campbell, gave themselves the nickname after older musicians complained their rock music was "wrecking the business."

Blaine chronicled their unsung contributions to the music industry in a 1990 memoir, "Hal Blaine and the Wrecking Crew." A 2008 documentary, "The Wrecking Crew," brought them some modest fame.

He also was known for his work with producer Phil Spector, whose pioneering "Wall of Sound" production style became widely influential. Blaine's most famous drum riff may have been his "bum-bum-bum BOOM" intro to the Ronettes' 1963 hit "Be My Baby," which Spector produced.

By Blaine's own estimate, he performed on 35,000 recorded tracks over more than 25 years.

Among the No. 1 hits he played on: Sinatra's "Strangers in the Night"; "Help Me, Rhonda" by the Beach Boys; "These Boots Are Made for Walkin' " by Nancy Sinatra; "Monday Monday" by The Mamas & the Papas; "Aquarius/Let the Sunshine In" by the 5th Dimension; "Bridge Over Troubled Water" by Simon & Garfunkel; "(They Long to Be) Close to You" by the Carpenters; "Cracklin' Rosie" by Neil Diamond; "The Way We Were" by Barbra Streisand; and "Thank God I'm a Country Boy" by John Denver.

Ringo Starr paid tribute to Blaine on Twitter on Monday, calling him "an incredible musician."

In a 2005 interview with Modern Drummer magazine , Blaine attributed his success in part to hard work.