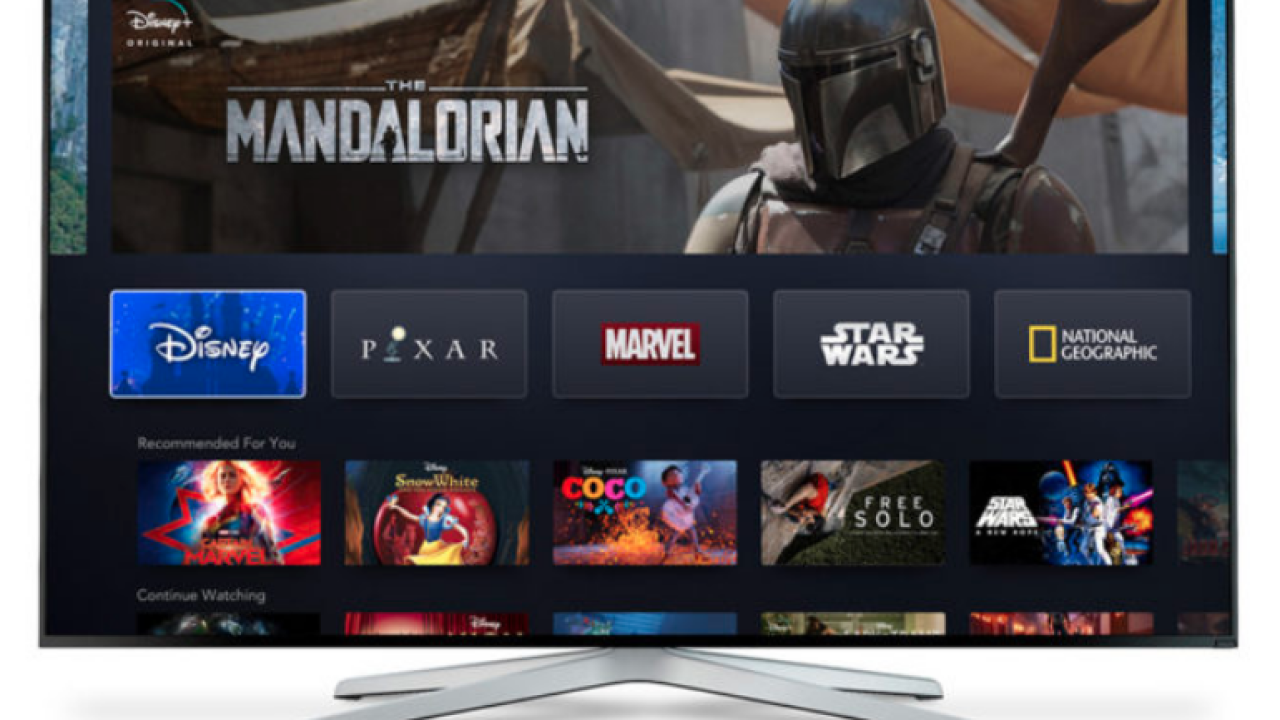 Disney unveiled its new streaming service to investors Thursday, aiming to compete directly for eyeballs with streaming giants like Netflix, Hulu, and Amazon.

During the company's Investor Day conference, executives announced Disney Plus will launch on November 12 at $6.99 a month. The new streaming service plans to bring content spanning beloved animated classics to newly produced movies and shows.

Among highlights of the reveal included offline downloading, allowing users to download content and access it without an internet connection — something several movie and music streaming services have already made a standard in the industry.

But on to what you're likely here to read about, the content. The service is promising the first year to provide more than 500 movie titles and 7,500 episodes of programming.

Available from the get go will be Disney's "vault" classics and signature collection, including "Dumbo," "The Little Mermaid," "Snow White," "Frozen," and more. A variety of Disney theatrical films, including "Pirates of the Caribbean" and "Mary Poppins," will added for launch day, with more coming within the first year.

Speaking of "Frozen," a documentary called "Into the Unknown: Making Frozen 2" will highlight the behind-the-scenes development of the sequel to the hit animated film.

Disney original films were also announced to arrive within a year of the service. One being a planned holiday film, titled "Noelle," that follows actress Anna Kendrick as Santa's daughter, whose brother, Nick, goes missing. The film will also star actor Bill Hader.

Other original films set to be released include "Timmy Failure," "Stargirl," and "Togo." A live-action remake of "Lady and the Tramp" will also be released at the service's launch.

More than 5,000 episodes and 100 Disney Channel original movies will also come to the service.

Pixar's entire collection of 21 films will be available on the Disney Plus service within the first year of launch, including "Toy Story 4," due in theaters summer 2019.

Pixar's theatrical shorts will be made available on day one, including shorts featuring "Toy Story" characters Bo Peep, in "Lamp Life," and Forky, in "Forky Asks a Question."

"Monsters At Work," with actors Billy Crystal and John Goodman reprising their roles as "Mike" and "Sully," brings the world of "Monster's Inc." to Disney Plus as well in a new animated show.

Disney Plus plans to hit the ground running higher, further, and faster, launching the streaming service with Marvel's "Captain Marvel" on day one. The film that kicked off the MCU, "Iron Man," will also be available on the first day of service.

After it's release, "Avengers: Endgame" will also be made available on the service, as well as Black Panther, Thor Ragnarok, and Ant Man and The Wasp.

Marvel also plans to create original series just for Disney Plus, including series featuring major story lines that have ramifications on the MCU films. "WandaVision," starring Elizabeth Olsen and Paul Bettany, "Falcon and the Winter Soldier," starring Anthony Mackie and Sebastian Stan, and a series around the "Thor" character Loki is planned, starring Tom Hiddleston.

"What If," Marvel Studios' first animated series, will take MCU story lines and turn them on their head. One example given, what if agent Peggy Carter became "Captain America" and Steve Rogers stayed a scrawny kid, but received a super-powered suit from Howard Stark?

The entire "Skywalker Sage" of Star Wars will be made available on Disney Plus, including all recent films, within a year of the service's launch.

A Star Wars-centric live-action series, titled "The Mandalorian" and directed by Jon Favreau, was also revealed for a launch-day release. The series is reportedly set to follow stories of famed bounty hunters, Jango and Boba Fett, in the Star Wars universe.

Another live-action spy series starring "Rogue One" actors Diego Luna and Alan Tudyk was also teased. The show will be based on Luna's character, Cassian Andor.

More than 250 hours of National Geographic documentaries and series will be on Disney Plus on day one, including award-winning films like "Free Solo" and "Jane" and series "Brain Games" and "One Strange Rock."

A new series called "The World According to Jeff Goldblum" will also premiere at launch, promising a unique look at the world around us through the curious mind of actor Jeff Goldblum.

The service also plans to bring some programming not traditionally associated with the House of Mouse to Disney Plus, some of which comes from the company's recent acquisition of 21st Century Fox.

"The Simpsons" will head to the service, as well as movies and shows including "The Sound of Music" to "Malcolm in the Middle."