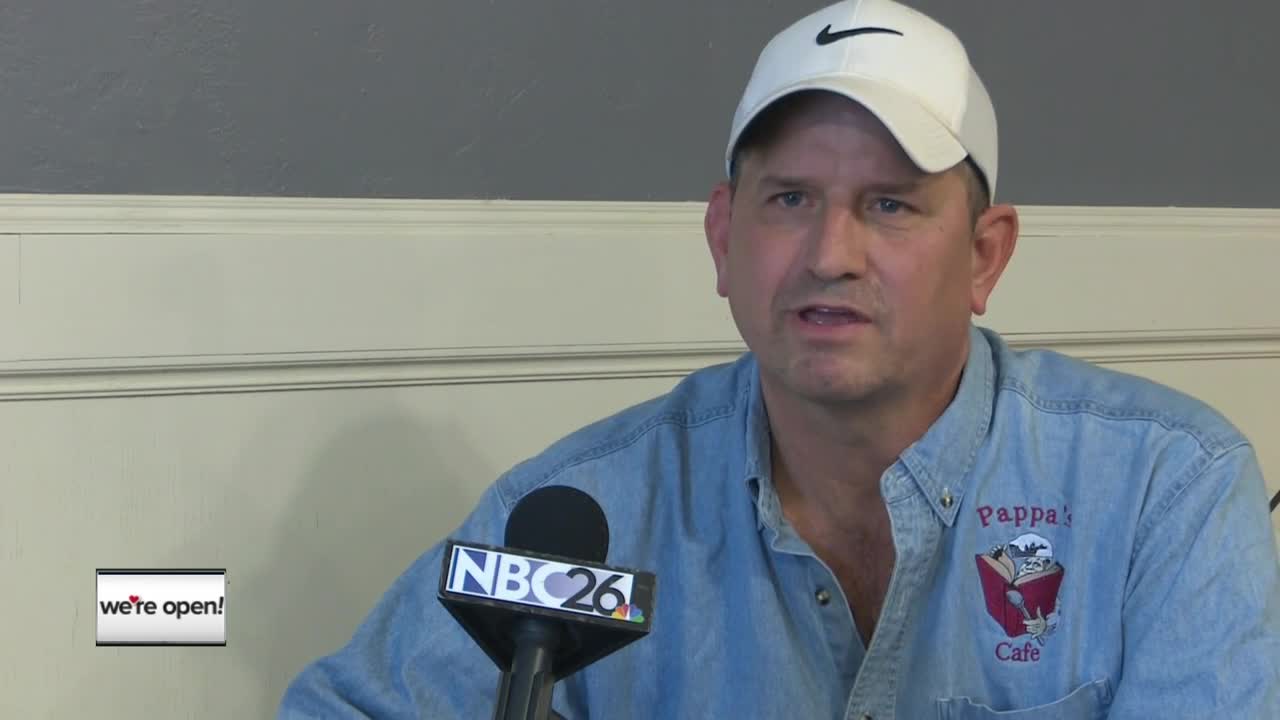 Pappa's Cafe has been around since 1987, but the owner said what he's seeing right now amid the pandemic is not something the restaurant has seen before.

NEENAH, Wis. (NBC 26) -- Pappa's Cafe has been around since 1987, but the owner said what he's seeing right now amid the pandemic is not something the restaurant has seen before.

David Pyszora, the owner of Pappa's Cafe, said his father started the restaurant nearly 33 years ago when Pzysora was still in high school. He said he's been working there since, taking over the business from his father in 2000. He said right now is a challenging time. He compared the current circumstances to 2009, and said even with the stock market then, they didn't feel the way they do right now.

Pyszora said they're finding different ways to bring in customers. Right now, they're offering take out and delivery orders. He said people have also been ordering using Uber Eats and EatStreet.

"We're probably more known for our breakfast. It's more home cooking. You can definitely get a big breakfast for a low cost," said Pyszora.

He added that the community has been great through all of this.

"They help us a lot, and there's a lot of people that called up saying they want to do their part helping small businesses, and we really appreciate everyone that's supported us for the last 4 or 5 weeks," said Pyszora.

He said they're hoping to be somewhat back to normal soon. In the meantime, they're continuing to serve up meals and get some work done around the restaurant.