Tiny puppy found in garbage bag on side of the road, now struggles to survive 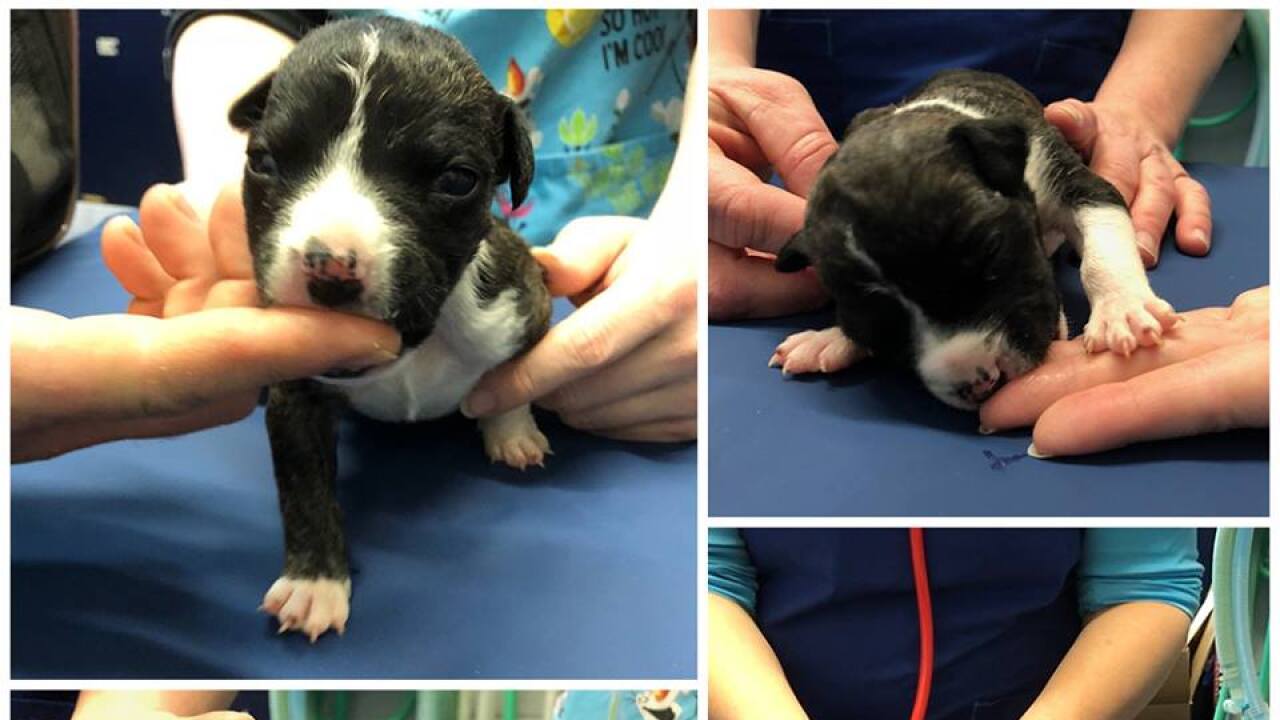 GREEN BAY, Wis. — The Wisconsin Humane Society is asking for the public's help after receiving a small puppy who they say was found in a garbage bag on the side of a road.

The Human Society says a Howard woman was walking her dog Wednesday night when the dog began sniffing at a garbage bag. The woman looked inside the bag to find a 2-week-old puppy.

According to the Humane Society, the woman took the puppy home to warm him up. She later handed the puppy over to an animal control officer, who in turn gave the puppy to the Wisconsin Humane Society Green Bay Campus.

The Humane Society says had the puppy gone unnoticed on the roadside, he never would have survived the frigid night at his age. Staff affectionately named the puppy, Buddy. Wisconsin Humane Society says Buddy's condition is fragile, as newborn puppies have vulnerable immune systems. Staff are working to keep him alive.

The shelter is asking for the public’s help to support Buddy, as they are not part of a national umbrella group and don’t receive general government funding. If you can make a donation, please visit http://bit.ly/WHSHelpBuddy or www.wihumane.org.