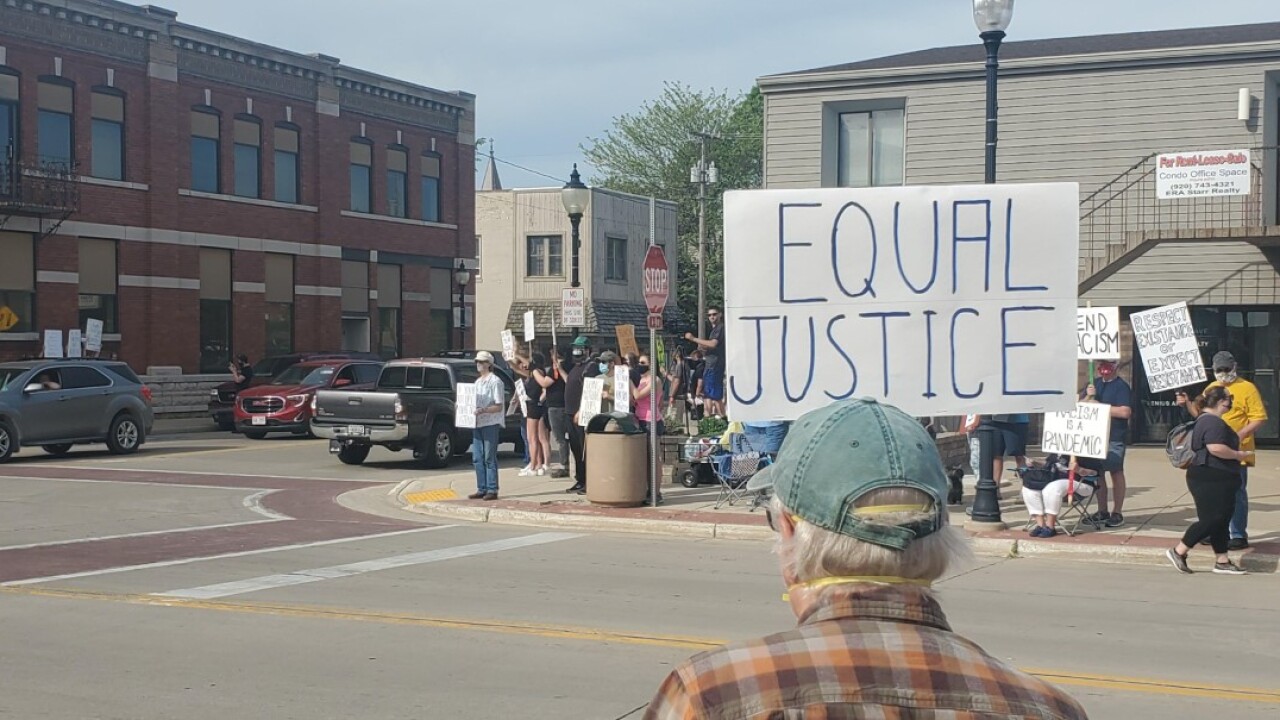 STURGEON BAY (WGBA) -- Hundreds of people came out to Sturgeon Bay Thursday night for a protest about racial injustice. Organizers say it is important to have discussions right now.

"I have seen minority friends of mine treated bad right here because of racial inequality," said Eva Webber the organizer.

The event started at 5 p.m. and went until 8. Police were on hand to monitor the protest and make sure things remained peaceful. However, the officers also joined with protesters. Some say they were distraught over the events in Minneapolis.

"I watched the video of George Floyd so many times," said Dan Brinkman with the Sturgeon Bay Police Department. "What Chauvin did was horrifying, and the fact that other officers around him did nothing is sickening. There comes a point where you say he is subdued, we can safely arrest him. That didn't happen. Enough is enough."

According Data USA powered by the Massachusetts Institute for Technology, over 94% of residents in Door County are white. Those that came to the protest say it is important for a place like Sturgeon Bay to have conversations about racial injustice.

"This is a time where we need to come together and stand up for what is right," said Gabriel Reyes, a protester and Sturgeon Bay resident. "It is amazing to see so many people here. This is very important for this town."

The Police Department did notify residents and business owners about this protest. However, they say there was no worry about things getting out of hand. The night was peaceful.