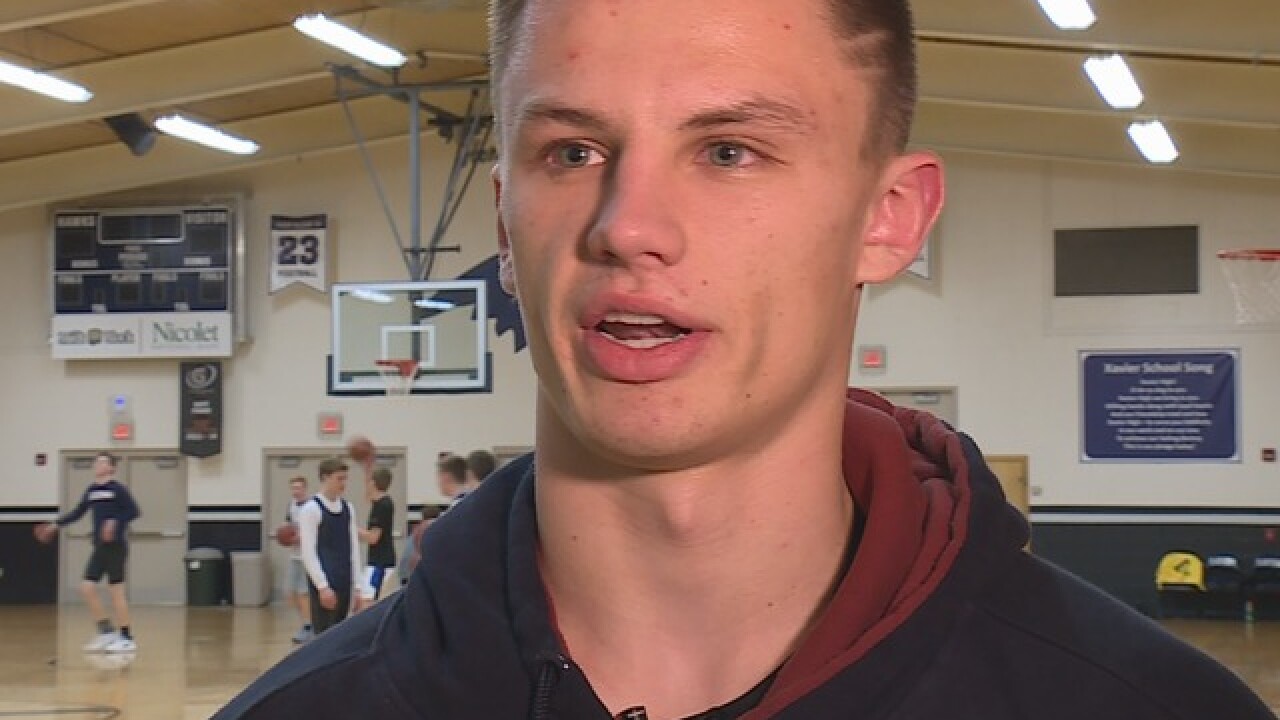 In order to experience success, you must sometimes go through failure. The Xavier boys basketball team knows that lesson all too well.

Two years ago, the Hawks fell in the WIAA D3 State Championship by one point after Hunter Plamann last second shot came up just short against Waupun.

"In the locker room after that game, one of our seniors that year that couldn't get it done, he came up to us and said, 'Hey, use this as fuel to your fire,'" now senior Nate DeYoung said.

Since that loss, Xavier has won a remarkable 52 games in a row, including last year's state championship, and all 24 games played so far this year.

"We were obviously thinking about that last year, and honestly this year too because we could have two gold balls in the trophy case," DeYoung said.

Since missing that game-winning shot two years ago, senior guard Hunter Plamann has become the school's all-time scoring, closing in on 2000 career points.

"I just tried to look at it not so much as a failure, just as a way to learn from it and get better, which we did last year and looking to keep doing that this year," Plamann said.

Xavier is the top seed in the D3 Sectional 2 bracket. They will face second seed Wrightstown on Thursday, March 8 in the Sectional Semifinals.