Wisconsin upset in first round in rout by 12th-seeded Oregon, 72-54 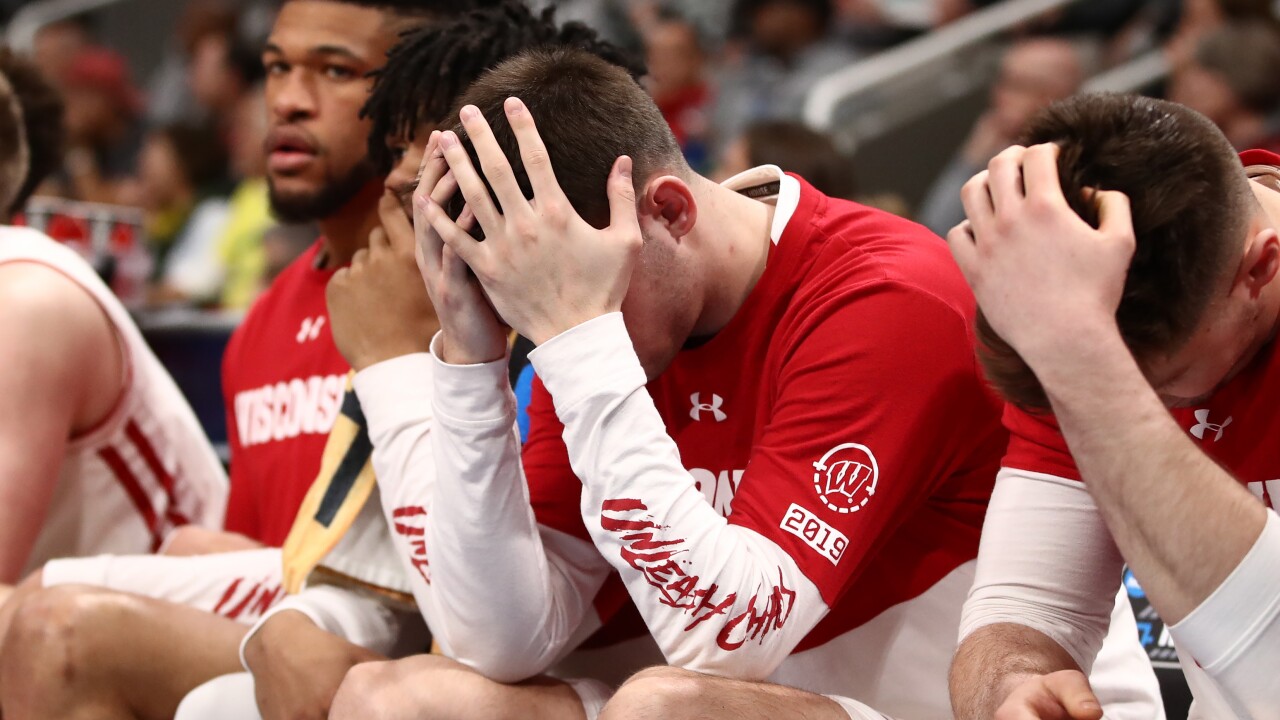 Ezra Shaw/Getty Images
SAN JOSE, CALIFORNIA - MARCH 22: The Wisconsin Badgers bench reacts against the Oregon Ducks in the second half during the first round of the 2019 NCAA Men's Basketball Tournament at SAP Center on March 22, 2019 in San Jose, California. (Photo by Ezra Shaw/Getty Images)

The Ducks (24-12) won four games in four days to win the Pac-12 tournament last week just to make the NCAAs then followed it with an impressive victory over a higher-seeded opponent. Oregon advanced to play No. 13 seed UC Irvine (31-5) on Sunday in the second round of the South Region.

Louis King added 17 points, Paul White scored all 14 points of his points in the second half and Wooten had nine points, six rebounds and the tone-setting blocks to give the Ducks their ninth straight win.

Ethan Happ and Khalil Iverson each scored 14 points to lead the Badgers (23-11).

The game was tied early in the second half when the Ducks used their athleticism to take over. Wooten scored on back-to-back dunks and White followed with a 3-pointer as the shot clock expired to make it 42-35.

Wooten then blocked a shot by Happ on one end and converted on an impressive alley-oop slap from Pritchard on the other to make it 46-37 with 12:31 to play.

The Badgers tried to cut into that deficit but King made a 3-pointer and two free throws to build the lead to 10 points with less than five minutes to play. Wooten then put the exclamation point on the victory with two blocks on one trip before Pritchard's layup made it 59-47.

Oregon: The Ducks were expected to be here after being ranked 14th in the preseason and picked first in the Pac-12. But a season-ending injury to star freshman Bol Bol early in the season helped derail the season. The Ducks lost at home to Texas Southern, had an epic collapse against UCLA and then lost three straight in February before this current run.

Wisconsin: Happ returned for his senior season in part to get the Badgers back to the tournament after their 19-year streak ended with a losing record last year. He delivered all season, averaging 17.5 points, 10.1 rebounds and 4.6 assists per game to help Wisconsin finish fourth in the Big Ten. But he ended his career on a down note. He was held to 12 points and eight rebounds and had zero assists.

UP NEXT: Oregon advances to play the Anteaters for a spot in the Sweet Sixteen.