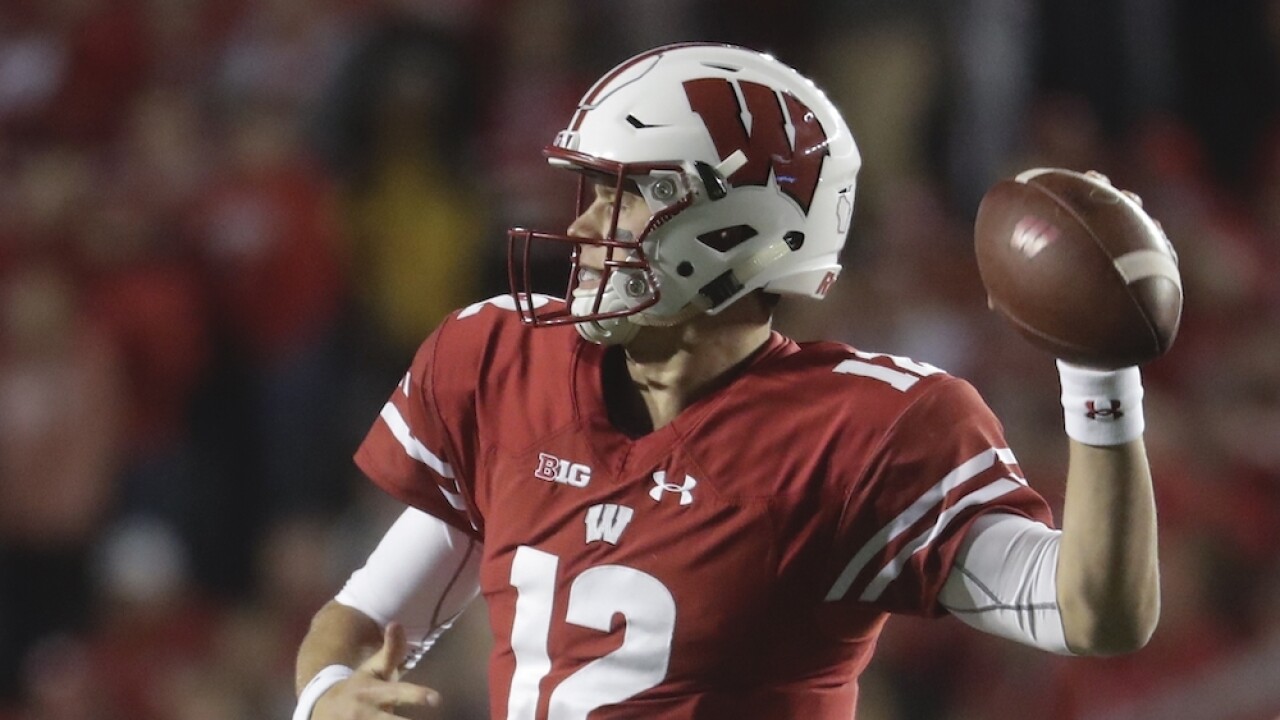 Copyright 2018 The Associated Press. All rights reserved.
Morry Gash/AP
FILE - In this Oct. 6, 2018 file photo, Wisconsin's Alex Hornibrook throws during the first half of an NCAA college football game against Nebraska in Madison, Wis. James Blackman was Florida State’s starter in 2017, but Blackman acknowledges he’s in an open competition with Wisconsin transfer Alex Hornibrook and others. Hornibrook completed 60 percent of his passes and led the Badgers to a 26-6 mark as their starter. (AP Photo/Morry Gash)

MADISON, Wisc. — The Wisconsin Badgers have canceled their upcoming football game against Nebraska as the athletic program deals with a COVID-19 outbreak.

No. 9 Wisconsin and Nebraska were scheduled to play on Saturday in Lincoln, Nebraska.

The news comes after 12 people within the Wisconsin program tested positive for COVID-19. According to the University of Wisconsin, that figure includes six student-athletes and six staff members, including head football coach Paul Chryst. Additional test results are pending.

“We have said from the beginning that the health and safety of our student-athletes, coaches and staff members come first,” Wisconsin Athletic Director Barry Alvarez said. “Over the past several days we have seen a rising number of student-athletes and staff contract the virus. The responsible thing for us to do is to pause football-related activities for at least seven days.”

Wisconsin does not plan to reschedule the game and will be pausing all team-related activities for at least seven days.

In announcing their return to play in September, the Big Ten said that any team that sees 5% of tests to come back positive on a rolling seven-day average would need to shut down all team activities for seven days.

Wisconsin’s next scheduled game is at home against Purdue on Nov. 7. Nebraska will also play next on Nov. 7 when they travel to Northwestern.

This story was originally published by Julia Marshall on WTMJ in Milwaukee.