Mertz had a breakout game on Friday night, throwing for five touchdowns in his first career start. 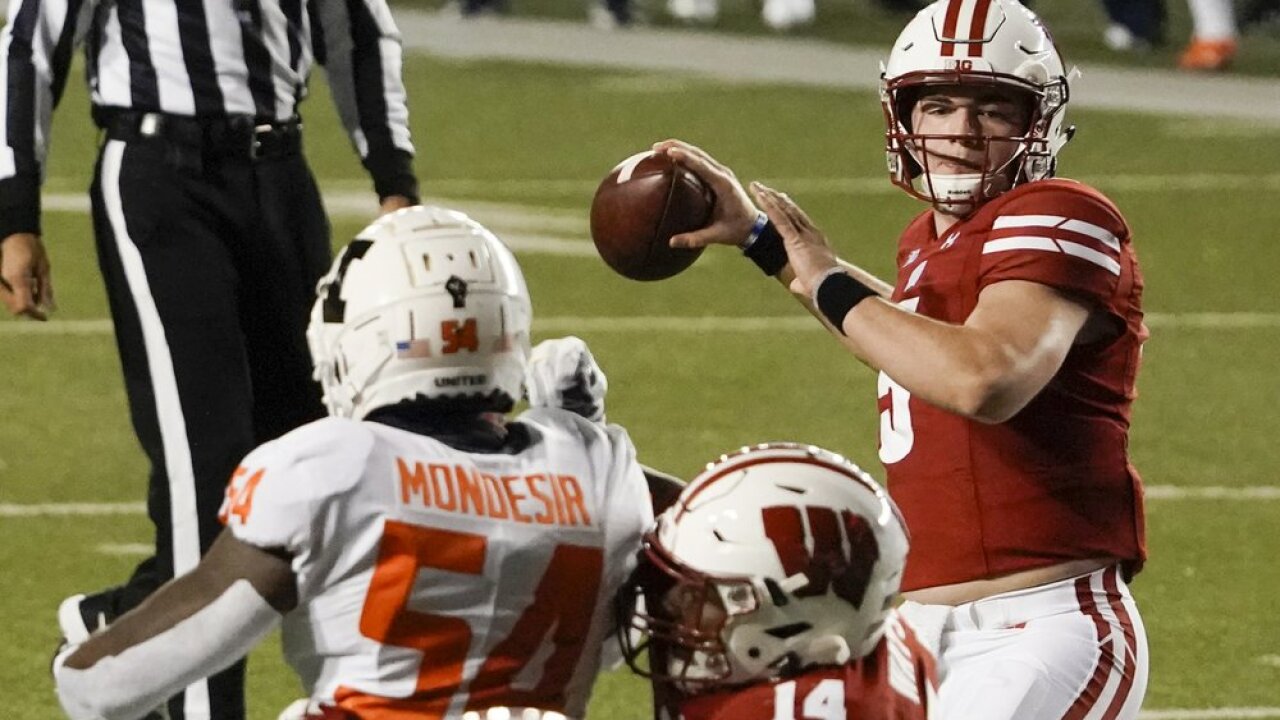 Mertz, who helped secure a 45-7 victory over Illinois on Friday, has reportedly had one positive test result. UW Athletics awaits the result of a PCR test to confirm the results.

According to Big Ten protocol, the earliest a student-athlete can return to game competition is 21 days following a confirmed positive test.

Wisconsin’s next three games are at Nebraska on Saturday, home vs Purdue on Nov. 7 and at Michigan on Nov. 14.

The next two quarterbacks on Wisconsin’s depth chart are sophomore Chase Wolf and junior Danny Vanden Boom. Chase Wolf was listed as Mertz’s backup on the Badgers first depth chart.

“I felt last year that I was ready to play if they needed me.” Wolf told reporters when speaking over zoom before the season.

“This year I’m more confident about my abilities if I’m needed to go in.”

Wolf appeared in three games for the Badgers in 2019, completing his only pass attempt of the season against Central Michigan for two yards, and ran once for nine yards in the same game. He also came in for relief for Mertz on Wisconsin’s final offensive possession in the win over Illinois.

Wolf was a three-star recruit out of Saint Xavier in Cincinnati, where he was named first-team All-Ohio as a senior and Mr. Greater Cincinnati Athlete of the Year as well.

The 6′1″ sophomore for the Badgers threw for 2,532 yards and 27 touchdowns his senior season in high school while rushing for four scores as well.

Big Ten student athletes who test positive will have to undergo comprehensive cardiac testing and receive clearance from a cardiologist designated by the university to return to competition.