Badgers take back Axe in snowy 38-17 win vs. Gophers 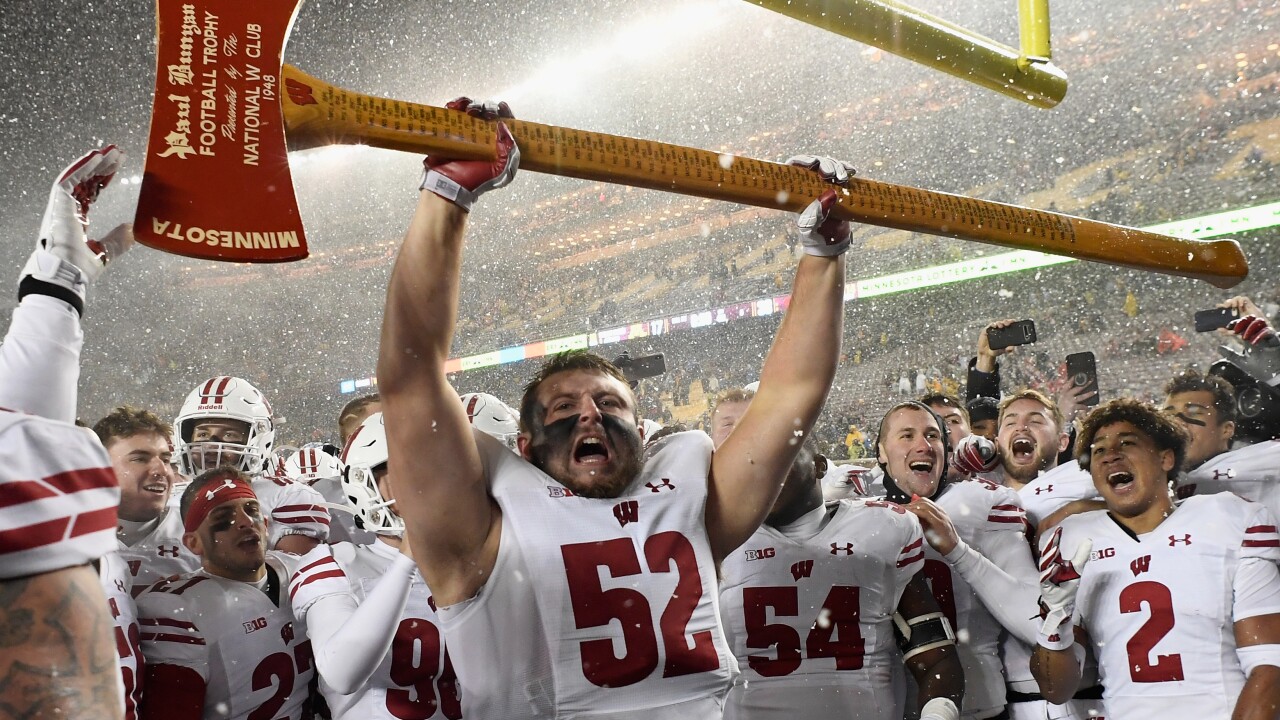 Quintez Cephus caught five passes for 114 yards, including a 47-yarder for a score midway through the third quarter that gave Wisconsin (10-2, 7-2, No. 12 CFP) a 17-7 lead. Coan connected with Taylor for a 28-yard touchdown strike late in the second quarter that gave the Badgers the lead after a slow start, sending them to the Big Ten championship game for a rematch with second-ranked Ohio State.

Tanner Morgan passed for 296 yards and two touchdowns for the Gophers (10-2, 7-2). They watched their dream season take a painful hit from their oldest rival after ending a 14-game losing streak to the Badgers a year ago with a 37-15 victory at Wisconsin.

Minnesota was seeking to go undefeated at home for the first time since 1954, but the Badgers reasserted their recent dominance by taking home the traveling trophy for the 22nd time in the last 25 seasons. They took a 61-60-8 series lead.