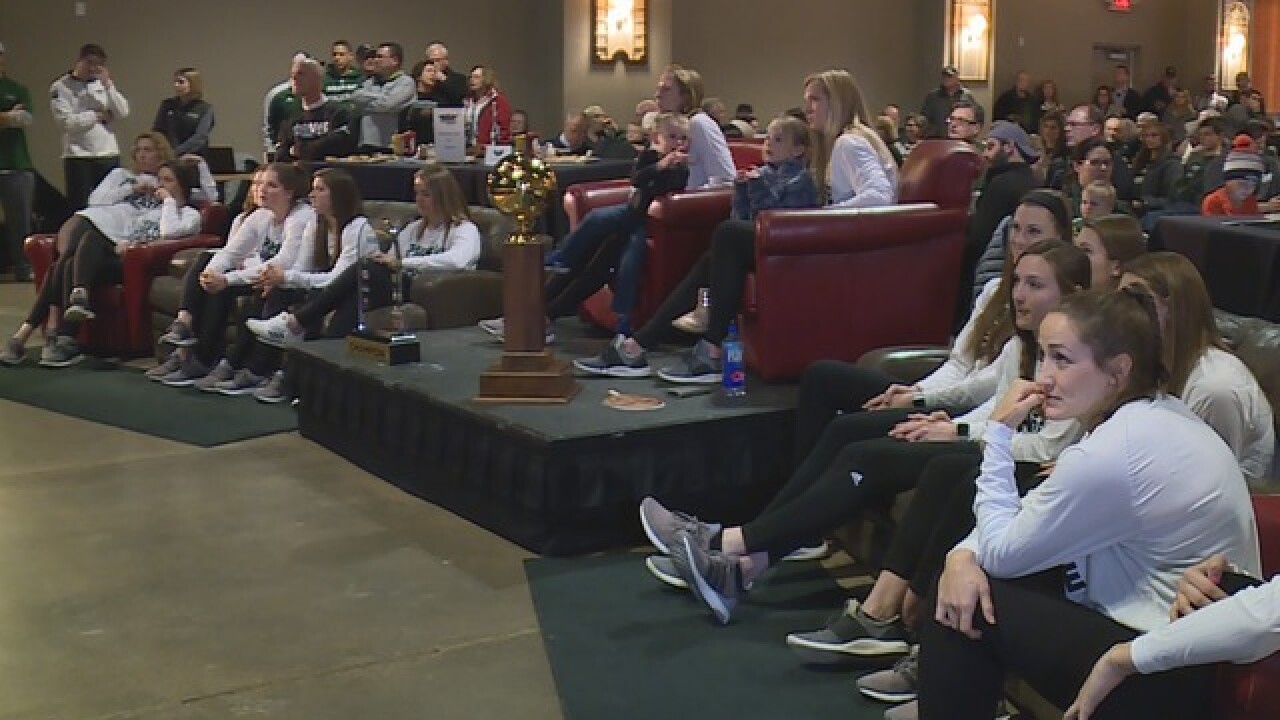 The Phoenix knew their name would flash up on the screen at the NCAA Tournament selection show tonight, it was just a matter of when and where, and who they'd play.

At the team's selection show watch party Monday night, UW-Green Bay learned its draw as a No. 7 seed: No. 10 Minnesota in Eugene, Oregon.

The selection show started at 6 p.m., and Green Bay's fate was announced a little before 6:30, so they didn't have to wait too long to learn their seeding.

"It's funny seeing other teams up there that we've already played this year. Like the anticipation (was intense)," said senior Jessica Lindstrom. "We saw South Dakota State. Dayton was up there. And we're just like, 'Oh no what are we going to be?' But a seven seed, we're really happy with that."

The Phoenix (29-3) haven't advanced past the tournament's opening round since 2012, although they have made the Big Dance nine out of the last 10 seasons. Last year, the eighth-seeded Phoenix lost to ninth-seeded Purdue 74-62.

"A lot of people might have counted us out but like I said, girls got after it this summer and every single day we're pushing each other," said senior Allie LeClaire. "We think that we can win a game. We say that every year. But if we just be confident and not let the nerves get to us, hopefully we can get one game and then the next one and make a run here."

The last time Green Bay met the Golden Gophers was the 2014 WNIT, when Minnesota won just 62-60. Minnesota leads the all time series with Green bay 7-6.

The Phoenix will take on the Golden Gophers Friday at 4 p.m.