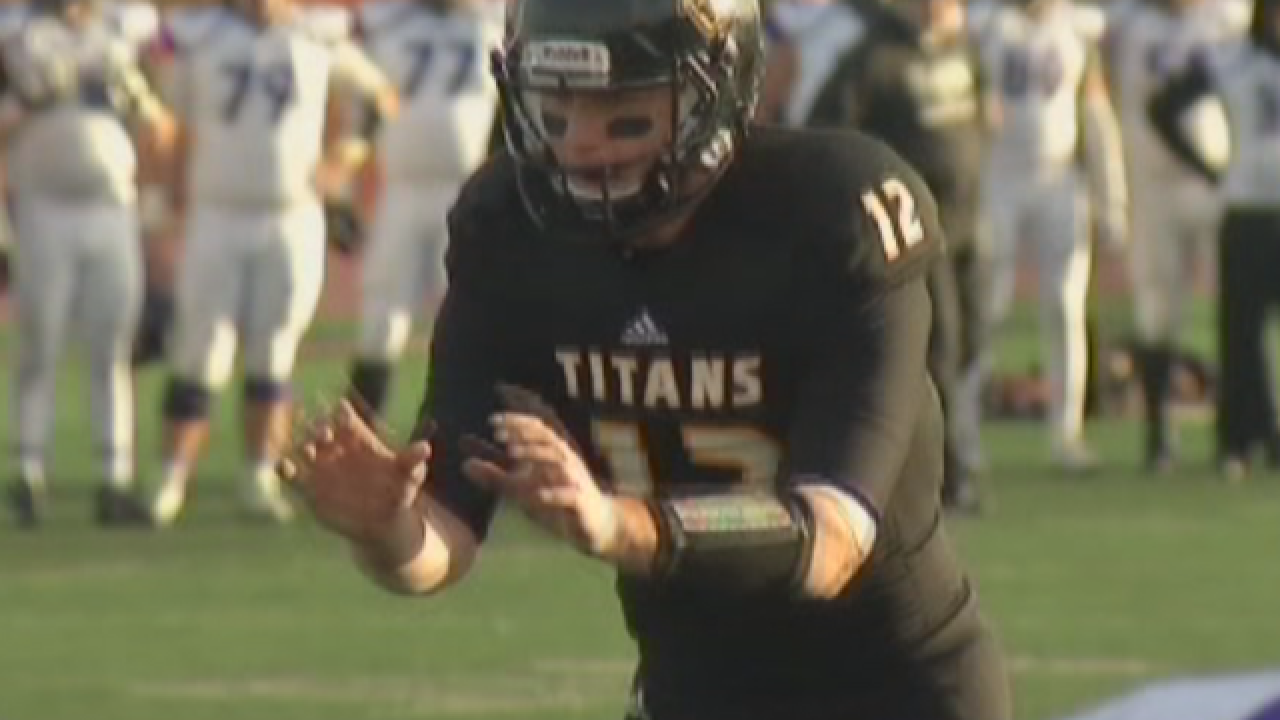 UW-Oshkosh quarterback and Two Rivers native Brett Kasper was named Tuesday as one of four finalists for the 2017 Gagliardi Trophy, given annually since 1993 to the most outstanding Division III college football player of the year by the Jostens Company and the J-Club of Saint John's University in Minnesota.

Both Kasper and Holcomb would be the first in their respective schools' histories to receive the award, which will be presented Dec. 13 in Salem, Va., at a banquet kicking off the Division III championship weekend, which culminates in the Stagg Bowl on Dec. 15.

Kasper was named this season's WIAC Offensive Player of the Year for the second time in three seasons. The senior completed 125 of 191 passes for 2,034 yards and 21 touchdowns with four interceptions through nine games. He owns a 186.99 passer rating this season. Kasper started all four years as a Titan, compiling a 37-5 career record.

Kasper volunteered with Be the Match, and his bone marrow matched a girl in need of transplant, so he donated to save her life. He also volunteers with organizations such as Feeding America and Special Olympics.

Holcomb had 80 catches and led DIII in receiving yards this season (1,401) and scores (20), which both are single-season UW-La Crosse records. He volunteers with Veterans Day Breakfast and UW-La Crosse football camps as well as works with local special needs students teaching life skills, including “Walking School Bus,” leading children to school in the morning.