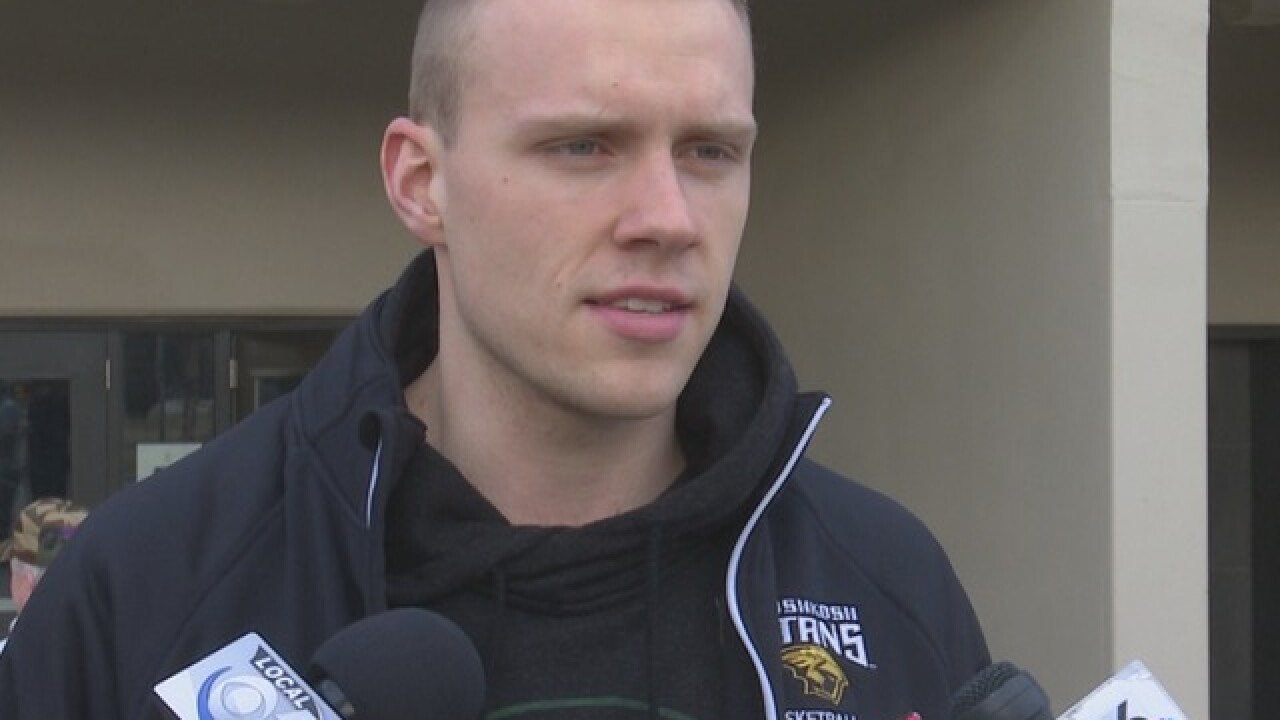 Nearly 50 people came out to greet the UW-Oshkosh men's basketball team that returned from playing in the NCAA DIII National Championship game on Sunday.

The Titans lost to Nebraska Wesleyan, 78-72 on Saturday, ending the teams' most successful season in school history.

"We have no regrets in the way we played," junior guard Ben Boots said. The Kimberly native led his team with 24 points in the championship loss.

"We ran into a really good team who played a really great game against us and we have a lot of respect for them.

The Titans will lose only two seniors next season and hope to make another run in the tournament.