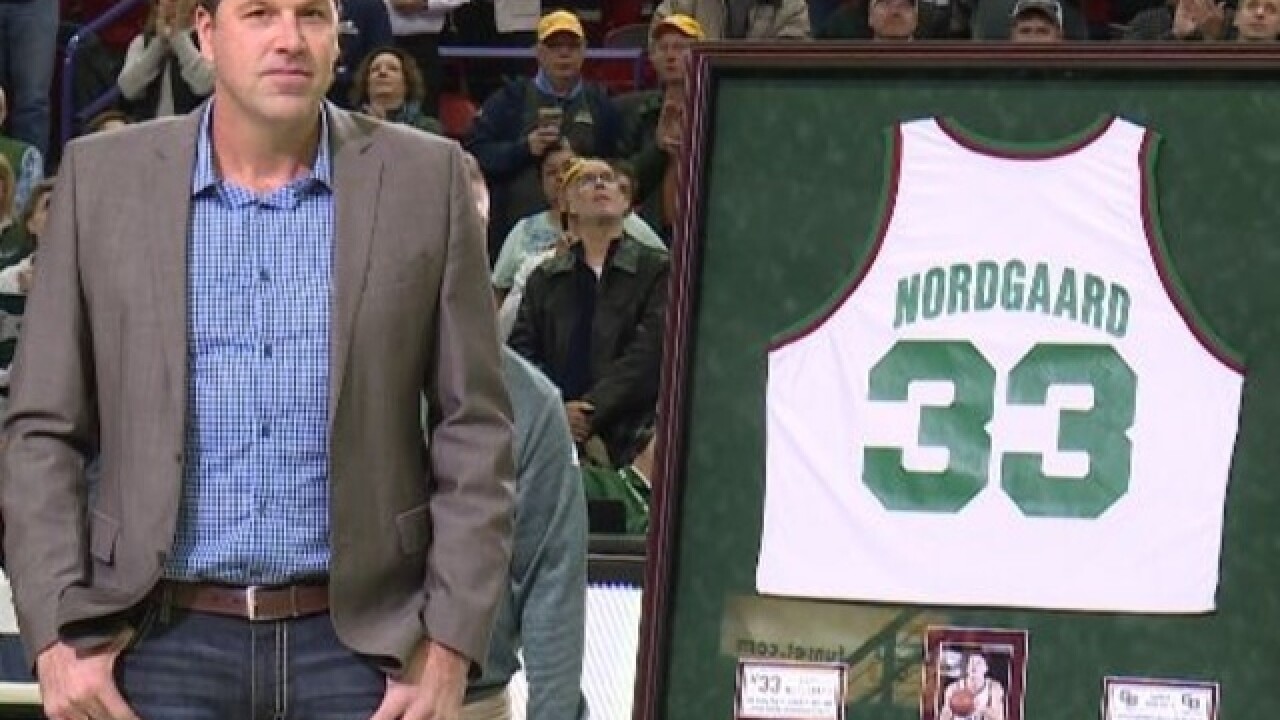 "I got chills," Nordgaard said. That was really, really cool. I didn't expect that necessarily but it was just an organic moment."

Nordgaard played for Green Bay from 1992 to 1996. He was the Midwestern Collegiate Conference Player of the Year in 1995-96 and helped lead the Phoenix to the NCAA tournament in each of his final three seasons. The 6-foot-7 former forward is just the second player in UW-Green Bay history to have his number retired, joining the ranks of Green Bay great and current Virginia Cavaliers head coach Tony Bennett.

"To be the second one up there and have us two 40-plus-old guys hanging up there, really feels special." Nordgaard said.

The current Uw-Green Bay team also defeated the Belmont Bruins, 100-92, improving to 5-3 on the season.