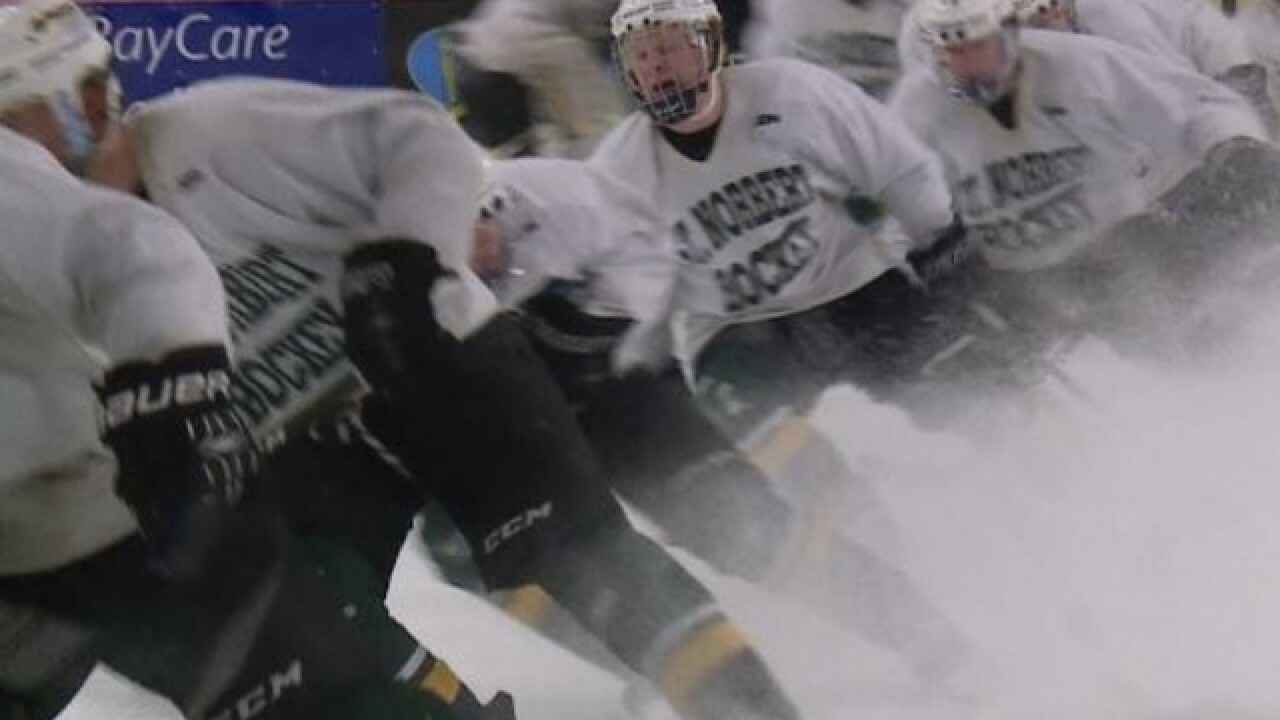 The St. Norbert men's hockey team is still riding high after securing their second consecutive Harris Cup championship thanks to an an overtime game-winning goal from freshman Timmy Nicksic against the No. 1 ranked Adrian Bulldogs.

"It was something I'll always remember," Nicksic said. "Being able to celebrate with my team, it was awesome.

St. Norbert will host Augsburg in the NCAA DIII quarterfinals on Saturday. For coach Coghlin and his crew, this is a familiar opponent. The Green Knights swept the Auggies in the regular season and also beat them in the NCAA quarterfinals the previous two years, but he isn't taking the matchup lightly.

"All bets are off," Coghlin said. "This time of year it's one game, one team moves on."

During Wednesday's practice, you could still find St. Norbert going through conditioning, an uncommon sight this late in the season for many teams.

"We're sticking with our guns," Coghlin explained. "We're doing the things that we've done all year long because it's made us successful. They're preparing, the same way they're prepared all year long."

"Everybody wants to win this time of year, everybody is looking at the top of the mountain," Nicksic added. "The team who gets to the top is just going to be the team that works the hardest."

Saturday's game is scheduled for 7:00 p.m. at Cornerstone Community Center. The winner will advance to the NCAA DIII Frozen Four in Lake Placid, NY.