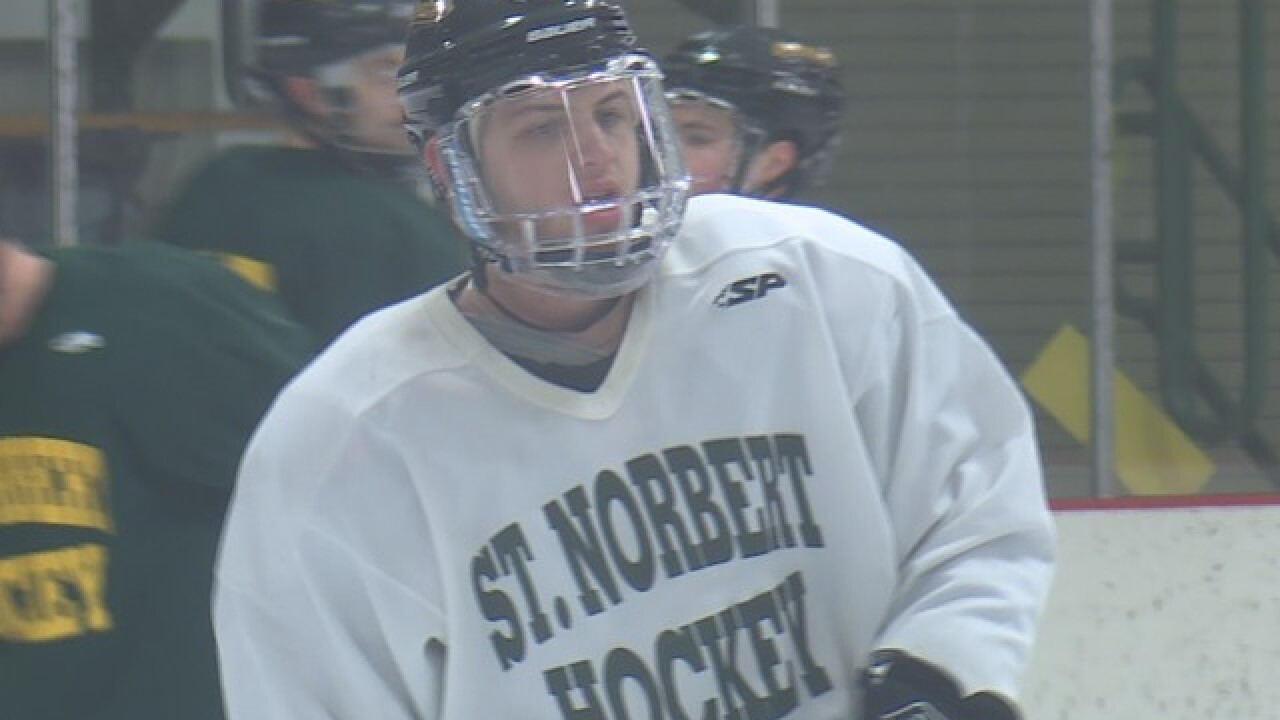 A trip to Adrian, MI has become a right of passage for the St. Norbert men's hockey team this time of year.

"Every time we see Adrian it seems like it's a meaningful game," SNC head coach Tim Coghlin said.

This Saturday's contest will be no different.

"This is the reason why we play hockey, for these big games," senior captain Tanner Froese said.

The No. 2 Green Knights will travel to take on the No. 1 Adrian Bulldogs in the NCHA Harris Cup Championship for the fourth consecutive season.

The top two teams at the NCAA DIII level have already met twice this season, each winning at home in overtime. The Green Knights are riding an 8-game winning streak while Adrian has won 16 in a row.

Technically, St. Norbert is the underdog in this game, playing on the road as the number two seed, but the Green Knights don't see it that way.

"Losing last year in their home barn, that's obviously something that stings and that's something they remmeber going into this weekend," Froese said. "We have to also remember how nice it felt going into their barn and taking that from them."