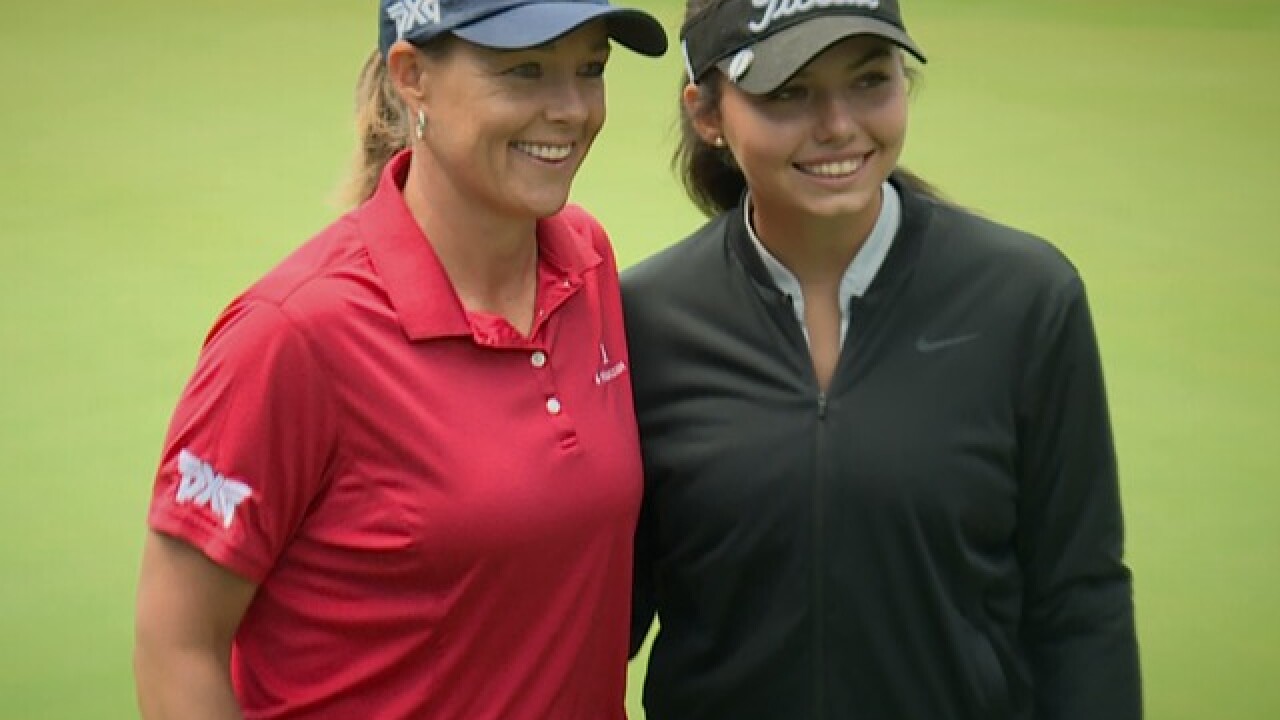 The LPGA returns to Oneida to tee off for the second annual Thornberry Creek LPGA Classic from July 3 through July 8. Inaugural champion Katherine Kirk returned to Wisconsin on Tuesday to preview the event.

"Wisconsin actually has a very special place in my heart," the Australian born 14-year LPGA pro said. "I won my very first pro event back in 2003 just outside of Milwaukee and obviously the 2017 Thornberry Creek."

Kirk won last year's event by one stroke carding a -22. It was her first LPGA tour win in seven years.

"I love coming back here and excited to get the second year under way," she said.

Joining Kirk in this years tournament will be over 140 pro golfers, plus 13-year-old phenom Alexa Pano who earned a sponsor exempt spot in the field. Pano is a two-time Drive, Chip and Putt champion at Augusta National but she's never competed at an LPGA event.

"I don't think I'm too nervous right now," Pano said. "Yes, it's an LPGA event, bigger event than I've ever played in but it's still just golf."